“I’ve watched our country go through some tumultuous times,” children’s television creator Chris Nee tells Observer. “And for me, it felt like one of the things that we were losing was a common language about civics. And so I was hoping to bring back the idea that there is this language about being an America that isn’t about your political point of view. It’s about the basics of governance.”

Nee’s new Netflix series We the People is an upbeat, catchy, joyful effort to unify the country around common cultural civics jingles. Inspired by programming like Schoolhouse Rock and by the recent success of the musical Hamilton, the 10 three-minute animated shorts team top tier musicians like Janelle Monáe and Brandi Carlisle with leading animators to teach young people about the First Amendment, separation of powers, federalism and more.

The project was executive produced by Barack and Michelle Obama, and like the former president, it looks to what unites us rather than what divides us. But that approach can feel uncomfortably disconnected from our current politics, in which Republicans are deliberately and systematically trying to undermine democracy. If everyone is working in good faith towards building a better democracy, bipartisanship can work. But when one party embraces disenfranchisement and violent insurrection, you may have to take a side.

“I think it’s really easy for kids to go, ‘Why would I get involved in this? It seems like a nightmare.’ I want to suggest to them that in fact, there’s a way they can change it.”

Whatever its limitations, non-partisan civics-tainment has rarely been as enjoyable as in We the People. The first video, “Active Citizenship,” was specifically suggested by Barack Obama, and serves as a kind of statement-of-purpose for the series. Peter Ramsey, of Into the Spider-Verse provides the imagery for a story about one young woman’s quest to bring greenery to her urban neighborhood. The visuals shift from drab grey into rich colors as she, like the city, blossoms. The music by H.E.R. is laid back and funky, winkingly rhyming “hear me out” with “city counce” and providing uplifting harmonies on the word “Change!” It makes civic engagement look, and sound, like a party.

The sense of fun and empowerment is obviously deliberate. “I lead with optimism and an aspirational sense of who we can be because I think there’s enough of a negative sense of our country,” Nee tells me. “I think it’s really easy for kids to go, ‘Why would I get involved in this? It seems like a nightmare.’ I want to suggest to them that in fact, there’s a way they can change it if they don’t like how they’re living. And I think the only way to do that is to present a positive point of view.”

It’s hard to argue with the power of uplift when your toes are tapping. But when the song ends, if you resist the urge to go back and watch it again, it does leave some potentially troubling questions hanging. Our heroine in the short doesn’t really encounter any resistance. We don’t see people in city council meetings arguing that parks will attract homeless people, or police responding with violence to protests, or lawmakers gerrymandering Black peoples’ votes into irrelevance. Negativity can make people decide not to bother. But people can also be disillusioned if they show up unprepared for intransigence, hostility and in some cases violence.

Other episodes do point more openly to conflict. Mabel Ye’s visuals for Brandi Carlisle’s First Amendment song evokes an authoritarian dystopia — though one nonspecific enough that anyone could cast their respective opponents as the villains. The episode on taxes perhaps illustrates the problems with the series’ approach most directly. Victoria Vincent animates a scruffy, voluble cat who drops knowledge with the voice of rapper Cordae.

The concept of taxes can be a little complicated
You see taxes pay for roads, and interstates
And our local library that they had to renovate

To Chris Nee, the message of the short is “that if you want to change the tax system, you need to get involved and vote.”

But of course tax policy is a lot more contentious than that. Conservatives argue that just about everything should be privatized, from the post office on down. They’d dispute the idea that the way to get better roads, or better anything, is to pay more taxes. People on the left, on the other hand, might (correctly, in my view) criticize Cordae’s claim that “what you gotta pay is based on how much that you make.” The biggest tax avoiders are, after all, large corporations, not low-income individuals. In theory taxation is supposed to be based on income, as Cordae says. But in practice, super-rich billionaires have the resources to game the system and pay almost nothing. It seems at best misguided and at worse disingenuous to tell young people of modest means, “Lil homie you better pay your taxxxx” without mentioning that the people with the most often don’t have to pay anything.

It would of course be possible to make a fun rap song for the teen target demographic about how the wealthy avoid taxes. Such a song could even explain that the hollowing out of the safety net is a deliberate choice of the powerful in particular, rather than some sort of distributed voting preference of everyday taxpayers. And it could talk about which party has supported raising taxes on the rich and which has supported lowering those taxes. That way people would actually know who to vote for, based on their preferences, rather than just being told in general to vote.

Nee and the Obamas didn’t want to make that alternate, more skeptical, and arguably more informative video because it would obviously be taking sides. Republicans are currently throwing a full-blown moral panic tantrum because they fear young people might learn about the evils of racism. They would be equally enraged by a cartoon teaching kids to mistrust the wealthy. They would argue that such a cartoon was divisive.

The Obamas and Nee would agree. We the People leans into the “we.” It’s about empowering everyone together, not about identifying enemies or obstructions. But can you empower people without identifying the forces that are actually out to disempower them? Is our problem that America is divided? Or is the problem that in a divided America, the side that is winning is the side of entrenched power, authoritarianism, and cruelty? It’s hard to embrace non-partisan democracy when one side doesn’t believe in democracy. It’s hard to heal when someone is still punching you in the face.

We the People is incredibly well-crafted, and is obviously the result of real passion and genius. And teaching young people how our government works is a worthy goal. But if you’re not also teaching them how it doesn’t work, and who is determined to prevent it from working, I think you’re doing them a disservice. 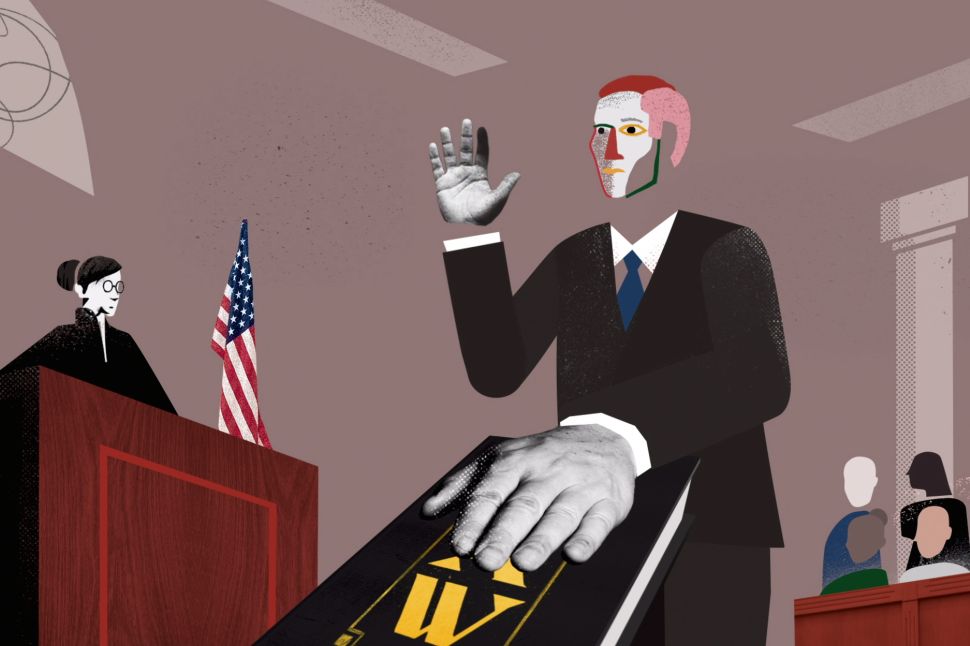