After twelve seasons, CBS’s The Big Bang Theory came to a screeching halt in May of 2019. Outside of the show’s most devoted fans, the general public wasn’t too heartbroken to see this one go. Despite big ratings, The Big Bang Theory was never the most cutting-edge, insightful, or critically acclaimed sitcom.

Although we’re two years removed from the show’s ending, it’s always entertaining to review the reactions of those viewers who were particularly upset about the content of The Big Bang Theory. Some are so passionate that they file formal complaints to the Federal Communications Commission (FCC), the government agency responsible for overseeing what is aired on broadcast TV. These records reveal that viewers will find something to whine about in nearly any TV show, from HBO’s Game of Thrones to AMC’s The Walking Dead and even ABC’s more lighthearted Modern Family.

Observer filed a Freedom of Information Act request approximately three weeks ago for complaints about The Big Bang Theory, which isn’t the first time an outlet has sniffed around this series. The agency responded with 45 pages of documents dating from October 2014 to the present, that detail complaints filed against The Big Bang Theory and provide insight into the most pearl-clutching moments from the show. Some viewers were less than enthusiastic about the show referencing sexual or explicit content, as well as the “disturbing” commercials airing during Big Bang’s broadcast.

No matter what the topic may be, each complaint provides us with, at the very least, an interesting description of what was aired that was deemed so offensive by these viewers. We’ll let them speak for themselves.

CBS Television Stations is a division of the CBS Entertainment Group unit of ViacomCBS, which owns and operates a specific group of American television stations. CBS generally cannot air blatant, explicit content such as profanity, however certain complaints filed to the FCC reveal that some viewers were still upset about the implications of some of Big Bang’s dialogue.

“The following Monday on Big Bang Theory (I think) ‘genitalia’ was used and tonight (10/5/2015) ‘male genitalia’ was also used on Big Bang Theory,” claimed one viewer. Even at its most clinical, the insinuation of private parts was too much for this one audience member to handle. They then went on to assure the FCC that their mind has, in fact, remained in the gutter since: “It is words such as these that my mind ‘latches’ onto and registers in my memory.”

A handful of the complaints read as if viewers were over-eager to share that they understood the vanilla version of naughty jokes. “During the broadcast of The Big Bang Theory one of the main characters said to another ‘What a puss,’” said one Denver, Colorado, resident. “This is clearly just a shortened form of the word pussy.” How astute! Someone should recruit this Denverite for a game of Hangman.

A question I have for those complaining about profanity is: what is the limit? One viewer from Williamstown, West Virginia, claimed they were “Watching Big Bang Theory on CBS at 9:00 PM [and the] word ‘dick’ was used. This word is highly offensive and should not be used especially on a PG rated program.” If you think “dick” is highly offensive, or that it’s not suitable for PG-rated programming, I have some unfortunate news for you.

Commercials airing during the broadcast are offensive

Many of the FCC complaints filed against The Big Bang Theory have nothing to do with the show itself, but rather the commercials for other programs that air during ad breaks.

“My wife and I were watching one of our favorite show on TBS tonight,” explained a viewer. “During a commercial break, TBS showed a commercial for another of their shows, Family Guy. It showed a shirtless, overweight man on all fours having his breasts milked by another man. I do not have children but I can only imagine if I did, having to explain what they just saw on TV meant.” A good fallback option would just be to explain that Family Guy is an animated TV series that sometimes shows weird things. It’s a cartoon, people!

Another complaint filed from Greenvile, TX about the same commercial retorted, “Fortunately my child was out of the room but really? I could accept a little non-gratuitous nudity long before this filth.” Whatever floats your boat, I guess.

Not only were viewers disturbed about the occasional profane commercial, some felt attacked. “I was watching a re-run of one of my favorite TV comedies (The Big Bang Theory) on TBS last night when I was horrified by a commercial for a new series for Samantha B… I’m not sure of the name. In the commercial she parted her legs to reveal a gigantic male testicle. I felt completely assaulted.”

Other viewers were so scarred, they must’ve blacked out. “While watching TBS’ Big Bang Theory between 9:12 and 9:15 PM Saturday 3 October 2015, my wife and I witnessed what we THINK was an obscene commercial…”

Not every complaint received about The Big Bang Theory is equally enjoyable to poke fun at. Some are legitimate, concerning closed captioning. It also so happens that these complaints are considerably more polite.

“Good day. Could you please look into the fact that WPFO, Maine’s Fox network, is not providing closed captioning? It is perhaps a small thing but my husband and I watch a half hour of Big Bang Theory in the evening… and all captioning stops.” If this viewer’s pure politeness wasn’t enough to get this issue resolved, I’m not sure what would be. I want to do it myself, dammit.

Even with closed captions, there are some errors that definitely needed immediate addressing. “The closed captioning for The Big Bang Theory is atrocious. Half the things that are being said is not coming up and the letters are all scrambled throughout the episode,” said a Powder Springs, GA resident.

In short, the FCC complaints simply offer us insight into how delicate some viewers of network TV just might be. Our personal favorite? From Mesa, Arizona: “Just now I heard on The Big Bang Theory on CBS the word ‘horse shit’.” Be sure not to step in that one. 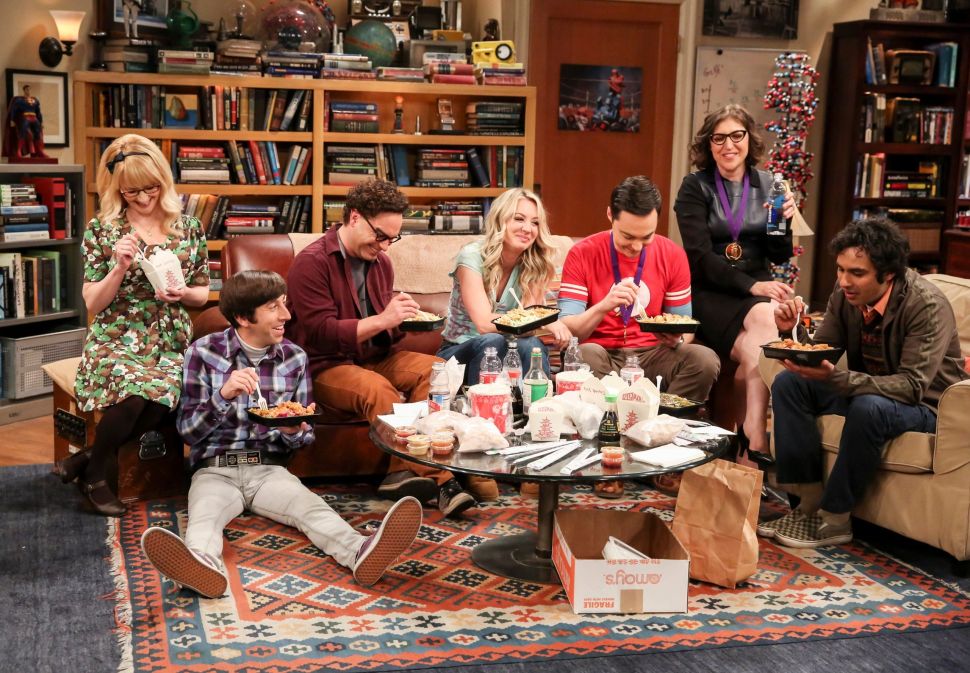