The streaming wars are as robust and diverse as ever with several premium SVOD services thriving concurrently. But as we’ve learned from the rise and fall of the Western as well as all you can eat buffets, no good thing lasts forever. Winners and losers will emerge and the field of major players will winnow as time goes on. Subscriber totals are a reflection of consumer response to each streamer’s brand identity and programming strategy.

Content is king, but it’s governed by a streamer’s overall approach to building out an original library. On that front, here’s how some of the major players are designing their plans of attack.

Netflix’s brand identity is the simplest to identify: it’s a one-stop-shop entertainment destination with something for everyone. That approach is baked into the streamer’s DNA as it releases more than 350 original films and series per year. Netflix has more than 40 exclusive films arriving on the platform (and some in theaters) over the last four months of 2021 alone.

This eclectic variety is supported by the streamer’s Top 10 most-watched films and series lists, which range across the spectrum of entertainment. Hardcore 1990s-esque action flicks like Extraction and and 6 Underground mixed with sci-fi and young adult fare such as The Old Guard and Enola Holmes, respectively. Fantasy flings such as The Witcher fitting alongside romantic drama like Bridgerton. Netflix tries to be all things for all audiences.

Disney+ is famously propped up by its collection of big branded blockbuster franchises. Marvel, Star Wars and Pixar are the first options on offense, but Disney+ will also receive an influx of more Avatar films in the coming years. The streamer is a safe house of high-profile IP and will continue to rely on these building blocks moving forward.

But Disney+ isn’t just popcorn franchises and rainbows. It’s also squarely focused on elder millennial nostalgia and adults without kids. High School Musical: The Musical: The Series is a self-aware bit of meta musical comedy aimed at a generation familiar with the franchise’s mid-aughts roots. The Mighty Ducks: Game Changers trades on the warm glow of the past for all ’90s babies. Even John Stamos’ Big Shot, which isn’t rooted in pre-existing material, is aiming to whip up a dash of that Full House musk.

When it comes to Hulu, I see a female-focused streamer with knack for hardcore drama and and a soft spot for beautiful platonic friendships. The Handmaid’s Tale is the obvious example as Hulu’s flagship series and the first streaming show to ever claim a Best Drama win at the Emmys. Dystopian future benefited from arriving just four months after Trump was inaugurated. With a real-life climate fraught with political tension, fear, and right wing extremism, Season 1 of The Handmaid’s Tale felt like an all too pressing cautionary tale.

The Great slots in as the comedic opposite. If The Handmaid’s Tale is a dour dystopian future, The Great — which is a humorous reimagining of Catherine the Great’s early days in Russia — is a lively yet highly flawed colorful past. Highly fictionalized, endlessly fun, cleverly anachronistic story of an idealistic, romantic young girl who arrives in Russia for an arranged marriage to the mercurial Emperor Peter.

This lane is further buoyed by under-hyped hits such as Shrill, Pen15, Ramy and Normal People. The roster of relatively low-concept human stories underscores Hulu’s key interests and targets.

For as great as The Marvelous Mrs. Maisel is, the dark and hyper violent comic book TV series The Boys has emerged as Amazon Prime Video’s true flagship series. In doing so, it’s provided something of a thesis statement for the streamer. Amazon is all about high-concept action adrenaline tinged with genre elements when it comes to its original push.

The Boys is joined by shows such as Hanna and Invincible as well as films such as Without Remorse and The Tomorrow War in this effort. Bloody and badass seems to be the modus operandi these days. The streamer’s future broad appeal home run swings, the untitled Lord of the Rings TV series and its Wheel of Time adaptation, offer a fantasy and sci-fi bent to build out this programming niche. Amazon is more than just action, but considering the main IP it’s getting from its MGM purchase, it’s clear that action is high on the streamer’s list of priorities.

HBO Max is similar to Disney+ in a few key ways as it relies both on franchise IP while also appealing to elder millennials, albeit without a heavy reliance on nostalgia. On the franchise front, WarnerMedia has ambitious plans for its primary pillars of IP including DC, Game of Thrones and Harry Potter. These brands will be cornerstones for the streamer moving forward.

Original series such as Kaley Cuoco’s The Flight Attendant, Made for Love, and Love Life revolve in one form or another around too-early-to-be mid-life crises. These are young protagonists, but still firmly established adults with exaggerated yet contemporary life obstacles. The Sex and the City revival And Just Like That…may skew slightly older, but will still garner attention from a multi-generational audience that spans the last 20 years.

Again, HBO Max will deliver a handful of big budget spectacle. But highly anticipated upcoming originals such as Station Eleven and even Tokyo Vice are more grounded human stories.

With a carefully curated roster of originals and a high-batting average of quality, Apple TV+ is attempting to be the streaming equivalent of HBO. Like Netflix, Apple’s programing identity is easier to discern: they’re all about the splashy, attention-grabbing A-list star power names. Jennifer Aniston, Reese Witherspoon, Steven Spielberg, Chris Evans, M Night. Shyamalan, Tom Hanks, Stephen King, Martin Scorsese, Leonardo DiCaprio, Oprah! They very clearly want to be associated with the upper-echelon tastemakers of the industry.

In addition, Apple TV+ has drilled down into feel-good series that sweep you off your feet. Ted Lasso is an unlikely flagship series, but its unrelenting optimism wins over even the most cold-hearted cynic. The criminally under-watched Little America is a stellar story of real-life immigrants that will elicit happy ugly cries with each and every episode. 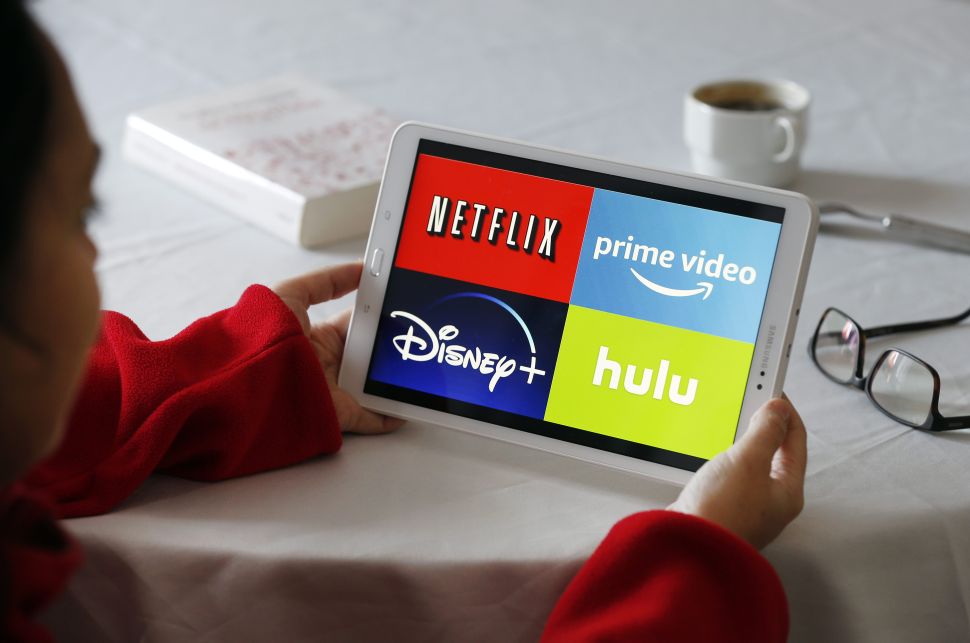