As beloved New York City artifacts go, the Astor Place Cube is an especially stalwart one: embedded into the sidewalk in Manhattan for several decades, the cube was conceived and executed by the artist Tony Rosenthal. Other artworks by Rosenthal that don’t include the cube are about to go on tour. These sculptures, which include works called Big Red and Mandela, will travel to Rosenthal’s home in Southampton soon; the works will eventually temporarily go on display at the Southampton Fine Arts Fair at the Southampton Arts Center from September 2 through September 5. Rosenthal is a New York icon who’s been a fixture on the circuit for decades.

“One large piece from the personal collection on his Southampton property has been transported around this past week on a flatbed truck, giving onlookers a rare glimpse,” an anonymous source told the New York Post. Alamo, Astor Place’s iconic rotating cube, was first erected as part of a “Sculpture and the Environment” program organized by the New York City Department of Cultural Affairs.

In 2014, residents were distressed to find out that the cube would be taken down so that an $180,000 renovation could take place. After being missing in action for more than two years, the cube was finally re-erected in Astor Place in 2016. “It’s an icon,” Bed-Stuy resident Kareem Adams, describing the cube, told AM New York in 2016. “It felt like it was a missing piece of the community.” Part of the charm of the cube is that no one seems to be able to specifically identify why they love it so much, but the adoration persists. 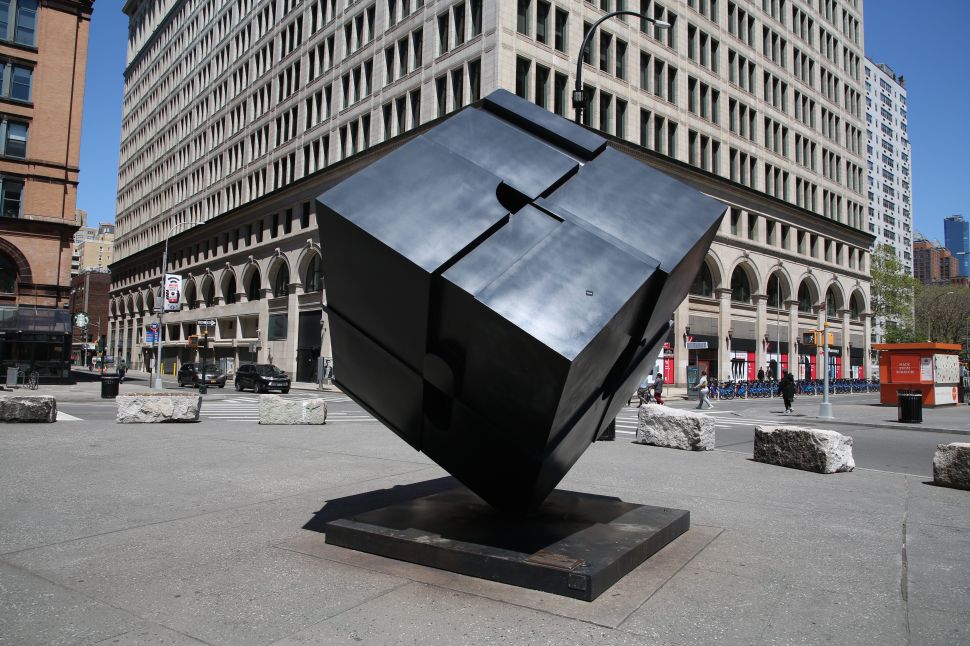