Over the summer, the elusive street artist Bansky kept himself occupied by dotting the English countryside with new murals and artworks for quarantine-bound citizens to enjoy, but new reports have emerged that one of the murals has been defaced. The artist created fresh work in Cromer and King’s Lynn, Suffolk and Gorleston, Great Yarmouth — all in Norfolk in the U.K. Much of the work has been whimsical while also glancing at politics: a dancing couple, children sitting in a boat and a large seagull have been among the designs. However, the particular mural that was defaced depicted a rat sipping on a cocktail; Banksy frequently includes rats in his designs.

According to Suffolk Live, the rat and cocktail mural was only left unblemished for about 48 hours before an unknown vandal coated it in white paint. “We live about half a mile from the rat artwork and walk the dog in the area daily,” Richard Girling, a local resident, said. “We walked by the rat at about 6:30 pm yesterday evening and it was fine. A steady stream of people were arriving to take pictures of the artwork. We saw on Facebook at around midnight that it had been defaced. Walked down there this morning to see the extremely sad sight.”

Banksy’s murals frequently face attempts to alter them in some way shortly after they’ve been executed. Earlier this year, a Banksy mural of a hula-hooping girl was wrenched from the side of a building in Nottingham, England, and sold for a “six-figure sum” to the gallerist John Brandler. Conversely, Banksy murals have also been altered for tragic reasons. This week, the BBC reported that residents of Great Yarmouth covered up the mural the artist had recently completed of children in an inflatable boat due to the fact that a local child died in an inflatable accident in 2018.

“We thank Banksy for all the wonderful art work and fully appreciate these circumstances would not have been known by the artist,” the Great Yarmouth Borough Council said in a statement. 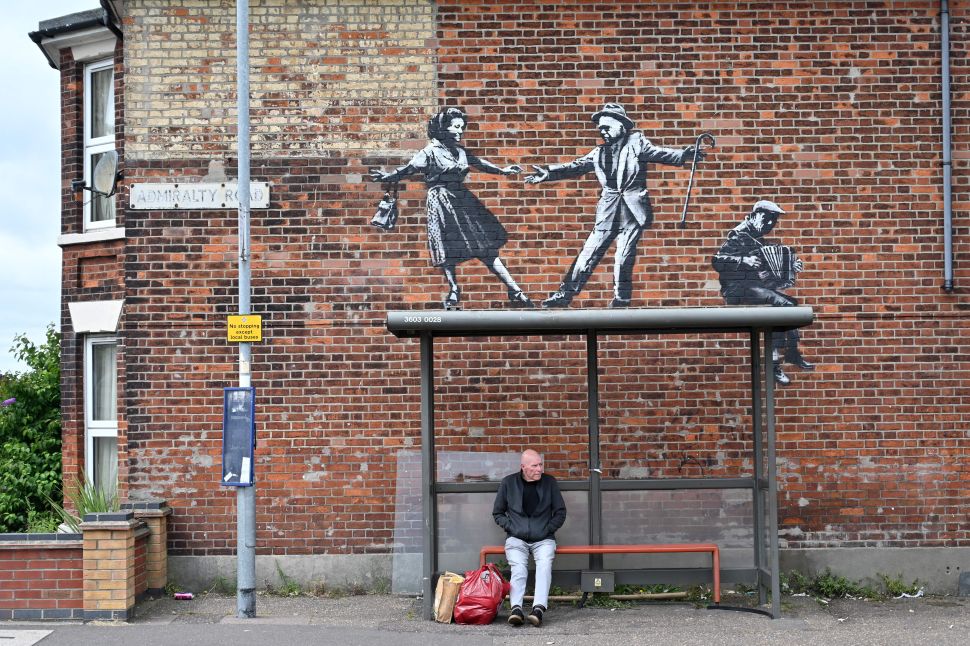