Even though former president Barack Obama had to downsize his lavish 60th birthday bash, the 44th POTUS still threw a very impressive, celebrity-filled party at his Martha’s Vineyard estate on Saturday.

Barack and Michelle Obama had initially planned a glitzy, nearly 500-person fête to be held outside at their 29-acre Martha’s Vineyard compound to celebrate the erstwhile commander-in-chief’s big 6-0, but last week, announced that they were scaling down the festivities due to growing concern over the Delta variant amid the coronavirus pandemic, and that the guest list would be limited to close friends and family.

There were still strict C.D.C.-compliant testing protocols in place; all guests were required to submit COVID-19 tests, which were then given to a medical “coronavirus coordinator,” in order to gain access to the Obama family compound.

The outdoor party on August 7, which was at the Obamas’ $11.75 million Martha’s Vineyard vacation home, still included around 200 guests, per People, with a huge tent set up on the grounds of the family’s waterfront retreat. Obama had a “great time” at the party, and “never stopped smiling.” The star-studded guest list included Tom Hanks, Rita Wilson, Beyoncé, Jay-Z, Steven Spielberg, John Kerry and Gayle King. John Legend and Chrissy Teigen were also in attendance, as the former apparently performed at the fête, along with H.E.R., Alicia Keys and Erykah Badu.

Obama truly danced the night away, according to a video and photos obtained by TMZ, which show the former president living his best life on the dance floor.

It seems that the two-term POTUS has acquired a love for party merch, as there were custom cocktail napkins, masks and badges at the event that all featured a “44×60” black-and-gold monogram, a nod to the 44th president’s 60th birthday. While the masks were made available to all guests, it appears from some of the leaked photos that most of the attendees opted not to don the face coverings.

A few of the aforementioned leaked posts give those of us who didn’t score an invite to the exclusive party a peek into the festivities, which included s’mores cocktails, plenty of cigars and glittering string lights, as well as fire pits and a whole lot of dancing. There was a full plant-based menu, as previously reported, though the Obamas also served options for meat-eaters, including steak and chicken, plus lots of seafood.

Obama reportedly requested guests donate to youth-focused programs in lieu of bringing gifts, but he still got quite a few special presents, including a surprise from PETA. The animal-rights organization sent the birthday boy a vegan Hawaiian pineapple-shaped cake to celebrate his big day, and they didn’t forget about the four-legged member of the family, as PETA also sent a little carrot cake, decorated with a sun, for the Obamas’ beloved pup, Sunny. 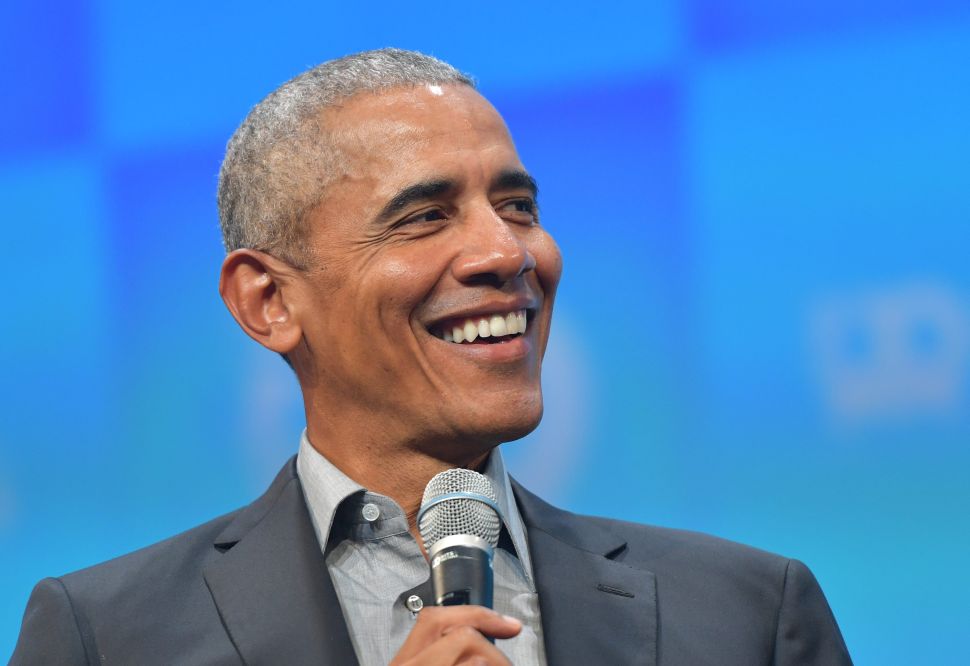