Former President Barack Obama reached a major milestone this week, as the erstwhile commander-in-chief turned the big 6-0 on August 4, which also happened to be the same day as Meghan Markle’s 40th birthday. Like a true Leo, Obama wanted to celebrate his special day with a lavish party and hundreds of his closest friends, but alas, after months of planning, he had to seriously scale down the fête due to growing COVID-19 concerns and the Delta variant.

Barack and Michelle Obama initially invited around 475 guests to the glamorous party, scheduled for this Saturday, August 7, at their palatial 29-acre compound on Martha’s Vineyard. The couple has long vacationed on Martha’s Vineyard with their daughters, Sasha and Malia, the Obamas eventually purchased a seven-bedroom, 8.5-bathroom waterfront estate in Edgartown for $11.75 million in 2019.

The party, which was already going to be outside, had a strict COVID-19 testing regimen, and all guests would follow C.D.C. health protocols, and be required to submit a coronavirus test, which was then given to a medical “coronavirus coordinator” in order to be able to enter the Obama compound. Barack and Michelle Obama are both fully vaccinated, and have encouraged others to get their shots. Even with all of this, the optics were…not great, with the growing Delta variant and increased mask guidance.

Since the former POTUS is, you know, a human being that understands that sometimes you have to change your plans because of a global pandemic, he decided to make the right decision and cancel his big bash. On the eve of his 60th, Obama informed a large number of guests (many of whom had already made their way to Martha’s Vineyard, per the New York Times) that he was canceling his 60th birthday party.

“This outdoor event was planned months ago in accordance with all public health guidelines and with covid safeguards in place. Due to the new spread of the delta variant over the past week, the President and Mrs. Obama have decided to significantly scale back the event to include only family and close friends,” an Obama spokesperson, Hannah Hankins, shared in a statement on Wednesday. “President Obama is appreciative of others sending their birthday wishes from afar and looks forward to seeing people soon.”

The invitee list originally included the likes of George and Amal Clooney, Oprah Winfrey and Steven Spielberg, according to the New York Post, but now that it’s limited it’s to just family and close friends, so it’s unclear who, exactly, made the cut.

Just because it’s going to be a smaller crowd doesn’t mean that the Obamas aren’t going all out with the celebration, of course. The preparations for the party already started yesterday, as the Daily Mail spotted tents and catering arriving at the Obama compound. The party is still outdoors, though there will be fancy open-sided tents, a very impressive menu and chic set-up.

Speaking of food, there will reportedly be plenty of seafood, of course, but the 44th President is also offering a plant-based menu, much like at the upcoming Met Gala next month. Bloomberg managed to score a peek at the vegan menu, and honestly, it sounds amazing, with options like meat-free cheesesteak egg roles and lots of dishes created with Impossible Foods beef and pork alternatives.

Those that did manage to keep their invite to Obama’s birthday celebration (and even those who didn’t make the cut) don’t need to bring gifts for the former Prez, as he’s reportedly encouraging guests to instead donate to youth-focused programs like My Brother’s Keeper and the Girls Opportunity Alliance, or the Obama Foundation’s Global Leadership programs. 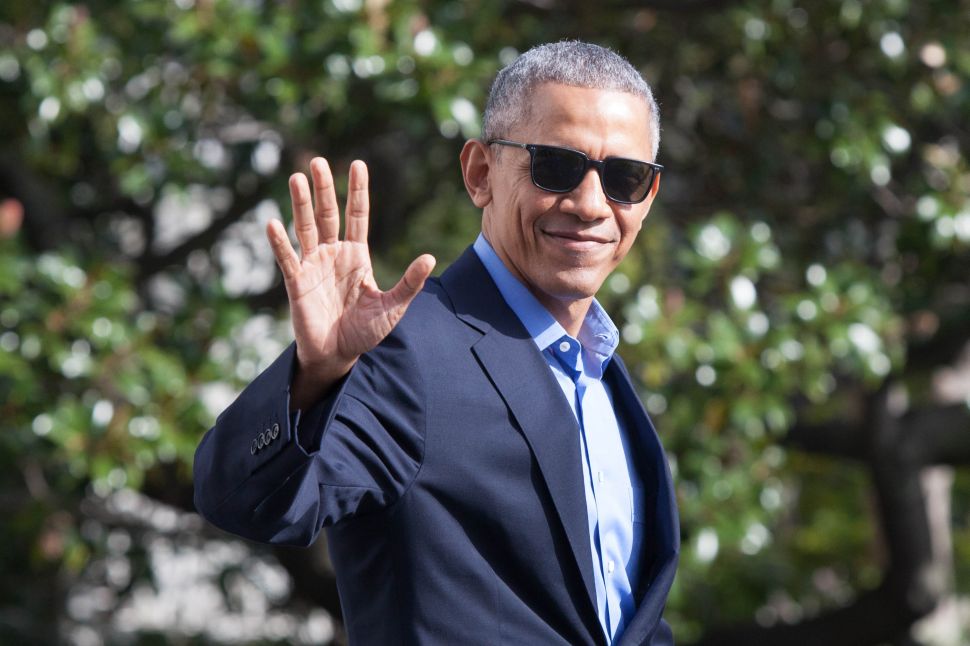