Over the weekend, former President Barack Obama celebrated the big 6-0 with a celeb-filled party on Martha’s Vineyard. Barack and Michelle Obama hosted around 200 guests at their sprawling Edgartown compound on Saturday, August 7, after scaling down the fête amid concerns over the coronavirus pandemic and the rapidly spreading Delta variant.

Even though the Obamas had to awkwardly disinvite quite a few of the nearly 500 guests they initially planned on having at their Martha’s Vineyard estate to celebrate the 44th president’s big day, they still had a very lavish weekend of festivities, which started out on Friday night at the Winnetu Oceanside Resort.

The Obamas invited guests to a gathering at the Martha’s Vineyard hotel, which is located right on South Beach, to kick off the big weekend. The pre-party fête last around three hours, per the Daily Mail, and there was a 30-minute speech honoring the the two-term president. Photos obtained by the outlet show the former POTUS, dressed in black pants and a button-down shirt, mingling and chatting with guests.

The majority of the guests who flew into Martha’s Vineyard for Obama’s birthday, including Tom Hanks and Gayle King, opted to stay at the Winnetu, according to the New York Post. It’s easy to see why, as not only is the hotel located less than four miles away from the Obamas’ $11.75 million compound, but it’s also so charming.

The boutique seasonal hotel, which is open from April through October, sits on 11 acres, and is composed of 55 rooms and suites, in addition to 80 privately owned homes. It appears that the Friday night cocktail party was held at the hotel’s restaurant, The Dunes, where guests could take in impressive ocean views from the outdoor deck, while dining on dishes like seafood ceviche, corn chowder, duck wings and lemon chicken.

Winnetu hotel guests have access to two pools, tennis courts and a fitness center. The resort is truly peak Martha’s Vineyard, and even offers a traditional New England clambake every Wednesday night on the front lawn.

If you didn’t score a coveted invite to Barack Obama’s exclusive 60th birthday bash, you can still live your best Martha’s Vineyard life this summer with a stay at the Winnetu. It’ll cost you, of course—studio rooms start at $495 a night, and go all the way up to $995 per night. If you want to splurge, consider one of the chic suites, which are priced beginning at $725 per night, and up to $4,495 a night. 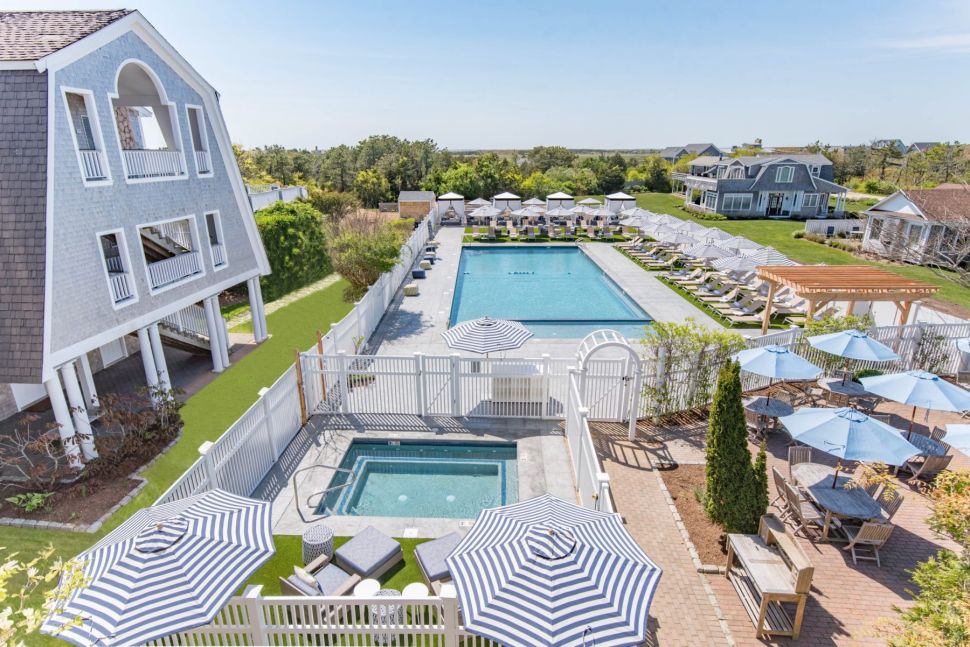