It’s no secret that Beyoncé and Jay-Z are fans of Jean-Michel Basquiat — Jay-Z in particular has been known to name check the endlessly famous multidisciplinary artist in his lyrics — but the celebrity couple has taken their fandom to a new level with their first advertisement appearance for Tiffany & Co. In the campaign, which was made as part of Tiffany & Co.’s About Love initiative, Jay and Bey are pictured posting next to Equals Pi, a 1982 canvas by Basquiat that had previously belonged to a private collector. Although Jay and Bey have a robust personal art collection, Equals Pi is actually owned by Tiffany & Co.

The never-before-seen Basquiat painting features the artist’s signature style: a manically grinning figure occupies one corner, while the rest of the canvas spotlights Basquiat’s remarkable ability to conjure evocative symbolism. The most striking element of the painting, however, is undoubtedly the hue of its background. Equals Pi is an unmistakable hue that bears a distinct resemblance to Tiffany’s iconic robin’s egg blue.

“We don’t have any literature that says he made the painting for Tiffany,” Alexandre Arnault, the executive vice president of products and communications at Tiffany’s, told Women’s Wear Daily. “But we know a little bit about Basquiat. We know his family. We did an exhibition of his work at the Louis Vuitton Foundation a few years back. We know he loved New York, and that he loved luxury and he loved jewelry. My guess is that the [blue painting] is not by chance. The color is so specific that it has to be some kind of homage.”

Equals Pi isn’t the only unseen Basquiat earning its deserved moment in the sun: next spring, an exhibition entitled Jean-Michel Basquiat: King Pleasure will open at the Starrett-Lehigh Building in Manhattan that will feature over 200 works by the artist that have either never before or rarely been seen. 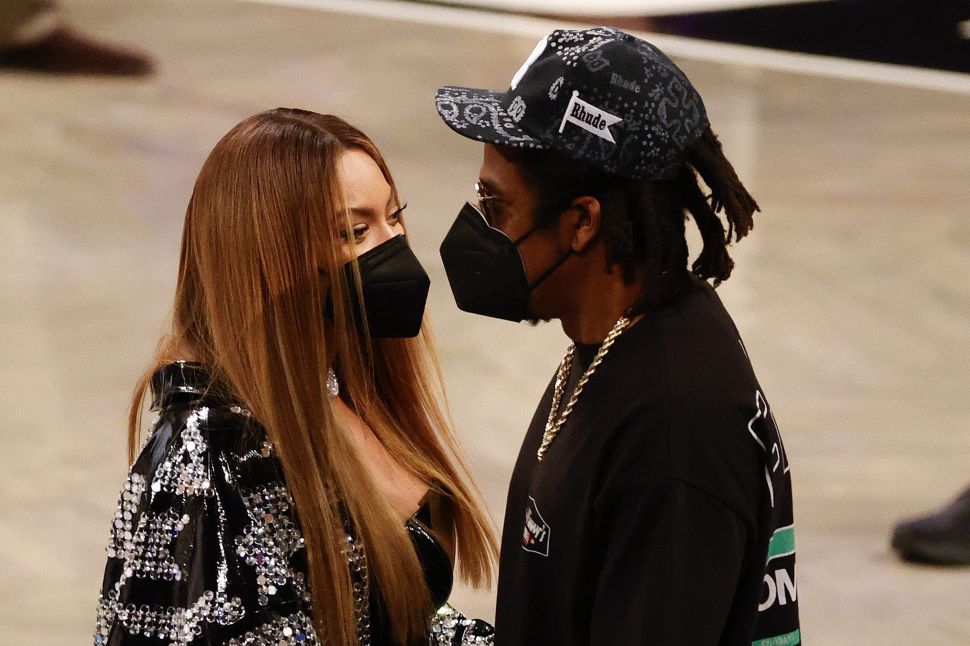