Genre film festivals offer a unique alternative to “prestigious” events like Cannes or Sundance. Their lineups are full of exciting, shocking, and challenging movies that can still be as complex and artful as any Palme d’Or-winning Oscar bait — while still giving you enough thrills, gore and special effects to keep you awake and prevent you from dozing off after your tenth screening.

The Fantasia Film Festival in particular also has a history of being animation friendly, as it began by screening Hong Kong action movies and Japanese anime back in 1994, having since premiered such films as Perfect Blue, Millennium Actress (Satoshi Kon himself became an annual fixture of the festival with an award named after the legendary filmmaker), Evangelion: 3.0 You Can (Not) Redo and more. This year was no different, with the festival acting as the home to premieres of everything from the first adult animated film from the Philippines, to the highly anticipated 30-years-in-the-making stop-motion film from VFX legend Phil Tippett. Without further ado, here are the best animated movies we saw at Fantasia.

From its opening scene, The Deer King evokes films like Princess Mononoke, with imagery of deer-riding warriors and imperial conquest causing the destruction of the natural world that then demands divine retribution in the form of supernatural wolves. But former Ghibli animators Masashi Ando and Masayuki Miyaji quickly make this film stand out and feel fresh with a keen eye for gorgeous character animation, and a profound focus on the importance of medical science.

The film follows a former warrior who escapes imprisonment and becomes involved in the conflict between an invading empire and the citizens of a land that prays on a divine disease that only targets the colonizers to survive. Aside from stunning animation and dynamic action scenes, The Deer King features a well-written relationship between the stoic, grizzled warrior and the young girl he adopts as his daughter after saving her from certain death, all while painting a picture of a detail-rich world you wouldn’t mind spending more time in. Billed as “medical fantasy,” the film’s biggest strength is how it stares down the eyes of supernatural beings and curses, and still finds a way of making a doctor its biggest hero, with imagery and themes that hit harder today.

Dash Shaw’s follow up to his animated disaster comedy My Entire High School Sinking into the Sea is a cross between Jurassic Park and Fantastic Planet filtered through the prism of Yellow Submarine, a psychedelic adventure animated film that defies notions that adult animation in the US can only be found on TV.

The story follows a Lara Croft-like conservationist who rescues mythical creatures from around the world to place them in a sanctuary. The problem is that it is less of a refuge and more of an amusement park. The film takes jabs at Disney’s commodification and commercialization of fairy tales while delivering an exhilarating animated movie full of magical creatures. After watching this movie, you won’t be able to look at unicorns the same way.

A mostly one-man show, with Takahide Hori handling everything from cinematography to visual effects, to the music, this is a fish-out-of- tale that is also a religious allegory, a dark sci-fi/fantasy tale, and also a series of random tangents barely strung together. The result is a movie unlike anything you’ve seen, and one that screams Hollywood blockbuster while immediately showing why Hollywood would never dare do something like this.

Mixing references to everything from The Matrix to Aliens, the world of Junk Head is massive, rich with detail, and filled with a sense of history, as if we’re only stepping into a corner of a massive, lived-in world. The visuals bring to mind the wild imagination of the Dark Crystal, while the many creature designs feel straight out of H.R. Giger’s nightmares.

Joann Sfar’s adaptation of the book series of the same name is a cute children’s animated movie that combines heartfelt homages to horror classics, with a sweet coming of age story of friendship.

The movie takes some cues from Casper the Friendly Ghost, following the titular vampire, a kid who can never age, and also never leave his house. Of course, one day he escapes and befriends a human child, but also accidentally unleashes the fury of a supernatural moon-headed creature who swore to destroy the little vampire’s family centuries ago.

The film boasts stunning animation and art direction, with a distinct visual style that brings to mind the expressionist horror movies of the ’20s, as well as plenty of homages to Hammer Horror movies. Also, if you ever wanted to see a spooky kid’s movie about ghouls and monsters that also doubles down as the best pirate film since Gore Verbinski ended his Pirates trilogy, Little Vampire is for you.

Though general audiences may quickly tune out of the over-the-top dramatics of the first adult animated film from the Philippines, The Nimfa Dimaano Story is a fantastic homage to telenovelas and call-in radio shows that dominate the country’s entertainment landscape. The film follows every trope in the book, and those familiar with soap operas will get a huge kick out of seeing how Nimfa places tongue firmly in cheek as it pokes fun at while also homaging the genre. Yes, it is making fun of the dumb plot twists and over-the-top characters, but it also results in a sweet and exaggerated telenovela in its own right.

The story follows a working-class cat who lives with her janitor boyfriend in a rundown apartment, until one day she falls in love with the good-looking, high-class dog who seems to have taken an interest in her. The film plays on themes of class, infidelity, love, and more, using English as a big class separator while using anthropomorphic animals to heightened the ofttimes surreal world of telenovelas. The result is a hilarious and beautifully animated film that’s also incredibly ludicrous.

A love letter to cinema, particularly editing, this movie boasts gorgeous animation and visual representations of the filmmaking process — like a guy using a sword to chop up the flying reels of film. The problem is that Pompo: The Cinephile feels too clean and safe.

The story follows a kid genius producer known for trashy B-movies who one day writes an Oscar bait movie and hires a first-time director to realize her vision. The movie follows the process of making that movie, skipping most of the problems and just portraying the fun of being around like-minded people bringing a story to life.

This is no Keep Your Hands Off Eizouken!, but a ridiculously naive movie where bankers save the day because everyone knows there are no bigger champions of creativity and art than the financiers. Still, if you want a cute story of the making of a film, you can do worse than Pompo: The Cinephile.

A disappointing follow-up to the mesmeric and abstract wonder of Children of the Sea, Ayumu Watanabe’s Fortune Favors Lady Nikuko is more of a series of slice-of-life vignettes sewn together than anything resembling an actual plot.

Though the film does a good job of capturing the awkwardness of being 11-years-old and discovering yourself, with excellent dialogue that feels natural, the film’s largely comedic tone is devoted essentially just to fatphobic jokes. The titular Lady Nikuko is constantly made fun of because of her weight (though a comparison to Totoro is a rare good joke in the movie, if only because no one can dislike Totoro). The film looks stunning, with detailed and expressive character designs as well as rich flora and fauna of the movie’s world. Sadly, the movie’s substance never matches its presentation.

A Miltonesque descent into madness, a world of savagery and unspeakable monsters soaked in bodily fluids of all kinds, Mad God brings VFX legend Phil Tippett’s nightmares to life in spectacularly graphic and grand fashion. The film is a showcase both for the talent of Studio Tippett and a reminder that both the studio and stop-motion animation can still deliver images no other medium can.

Completely devoid of dialogue, but full of impactful imagery, this feels like the darker sibling of Genndy Tartakovsky’s Primal, a mixture of influences ranging from German expressionist movies, to Dante and more. The film mixes stop-motion with digital effects and even live-action to deliver a rollercoaster ride through hell, with some of the coolest creature designs since the ’80s and plenty of gore and violence to satisfy even the most hardcore horror fans. 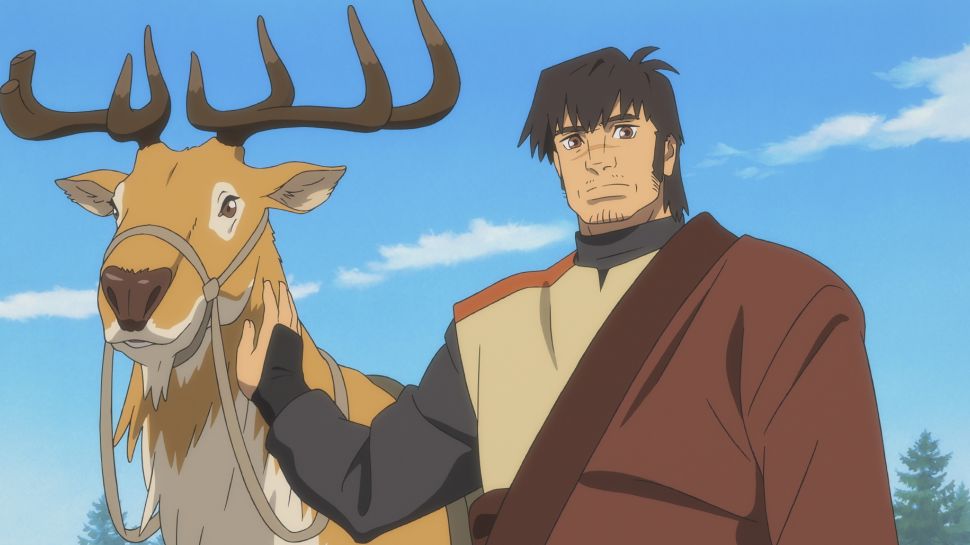