President Joe Biden is expected to sign an executive order Thursday afternoon urging the nation’s largest automakers to sell more electric vehicles in the coming decade. Executives from General Motors, Ford, and Chrysler parent Stellantis have been invited to an event at the White House to hear the President announce the initiate.

As part of his broad climate change agenda, Biden’s executive order will call for half of all new vehicles sold in the U.S. to be electric by 2030. Each company executive invited will announce their own target for 40 percent to 50 percent of their new car sales to be zero-emissions vehicles by the end of the decade.

Notably missing from Thursday’s event is Tesla, which currently sells the most electric vehicles in the U.S.

“Clearly, the White House has chosen to invite only the three least profitable ‘U.S. automakers,'” tweeted Tesla advocate and analyst James Stephenson. Comparing the second-quarter earnings figures of Tesla and the Detroit Big Three, Stephenson noted that Tesla has a higher “profit per delivery” than all the other three automakers combined.

Clearly, the White House has chosen to invite only the 3 least profitable “U.S. automakers”.

One possible reason Tesla isn’t invited to the White House is that it already sells 100 percent electric vehicles, so hitting a certain EV percentage by 2030 isn’t a problem.

The U.S. is lagging behind Europe and China in EV adoption. Despite constantly dominating news headlines, electric vehicles accounted for only 2 percent of new vehicle sales in the U.S. last year, compared with 10 percent in European Union countries, 11 percent in the U.K., and 6 percent in China.

American auto giants have plans to invest tens of billions of dollars to electrify their fleets. GM said in January that it aims to eliminate all gasoline car production by 2035. Ford said in May that 40 percent of its global car sales will be electric by 2030.

On the policy level, Congress is considering a wide range of green energy legislation, including allocating $7.5 billion to build out America’s electric vehicle charging infrastructure.

Signing of the new executive order, along with President Biden’s remarks on strengthening America’s leadership in zero-emission vehicles, is set to begin at 3:00 p.m. Eastern Time. You can watch the event live on the White House’s YouTube channel. 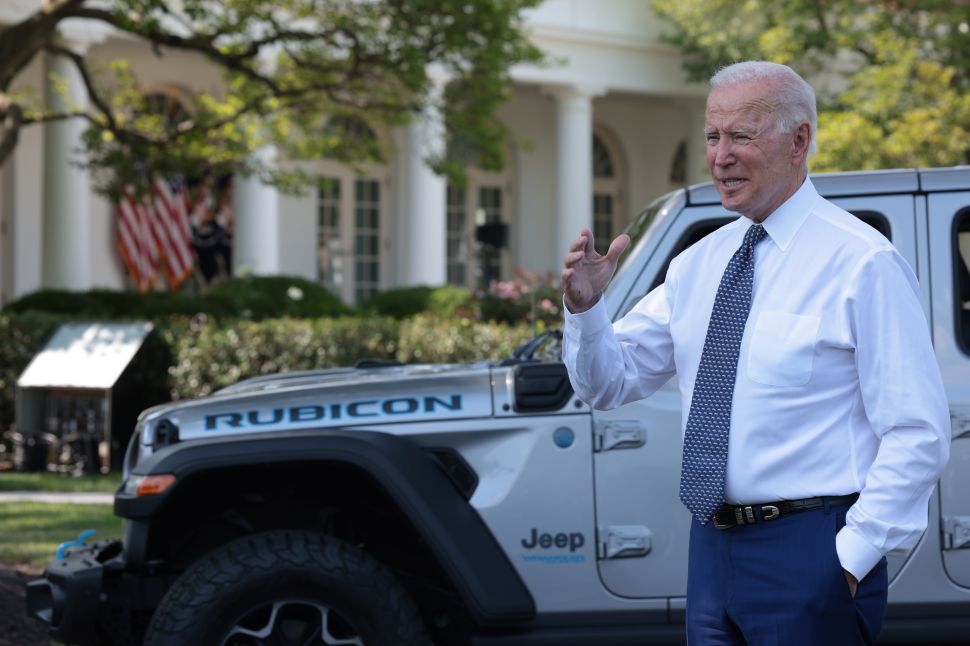