Jeff Bezos’ space company Blue Origin has escalated its dispute with NASA over the agency’s Human Landing System (HLS) contract to a federal court after losing a case before the U.S. Government Accountability Office.

Blue Origin was one of the three private firms competing for a NASA contract to build a human landing vehicle on the moon. In April, NASA awarded a $2.9 billion contract to SpaceX and selected the Elon Musk-led company as the sole partner for the HLS project. Blue Origin’s proposal, estimated to cost $5.9 billion, along with a similarly expensive bid by Dynetics, were rejected.

On Friday, Blue Origin filed a complaint with the U.S. Court of Federal Claims to challenge “NASA’s unlawful and improper evaluation of proposals” submitted during the bidding process, said lawyers for Blue Origin, The Verge first reported.

The lawsuit came after Blue Origin and Dynetics failed to challenge NASA’s decision before the federal watchdog, the U.S. Government Accountability Office, which ruled earlier this month that NASA had run a fair competition.

“Blue Origin filed suit in the U.S. Court of Federal Claims in an attempt to remedy the flaws in the acquisition process found in NASA’s Human Landing System,” a company spokesperson said in an email to Observer. “We firmly believe that the issues identified in this procurement and its outcomes must be addressed to restore fairness, create competition, and ensure a safe return to the moon for America.”

Still, it’s an ironic contrast to what Bezos said about bidding wars for NASA contracts just three years ago.

At a talk during the JFK Space Summit in 2019, Bezos openly criticized bid protests as a barrier slowing down NASA’s space exploration efforts. Comparing today’s contracting process with the more streamlined system in the 1960s, he said, “Today, there would be three protests, and the losers would sue the federal government because they didn’t win.”

A NASA spokesperson said the agency is “currently reviewing details of the case.”

Also on Friday, Blue Origin lost a top engineer on its moon lander team to its worst enemy. The company’s HLS Mission Architecture and Integration Lead, Nitin Arora, announced on his LinkedIn page on Monday that he had left Blue Origin to join SpaceX. His last day was Friday.

Arora was a former engineer at NASA’s Jet Propulsion Laboratory (JPL). He joined Blue Origin in 2018 to work on the company’s “Blue Moon” lunar lander. “It was one hell of a ride working on the lunar program. Really honored that I got a chance to work with and lead incredibly smart, passionate people over [the] last three years,” Arora wrote in a LinkedIn post on Monday. 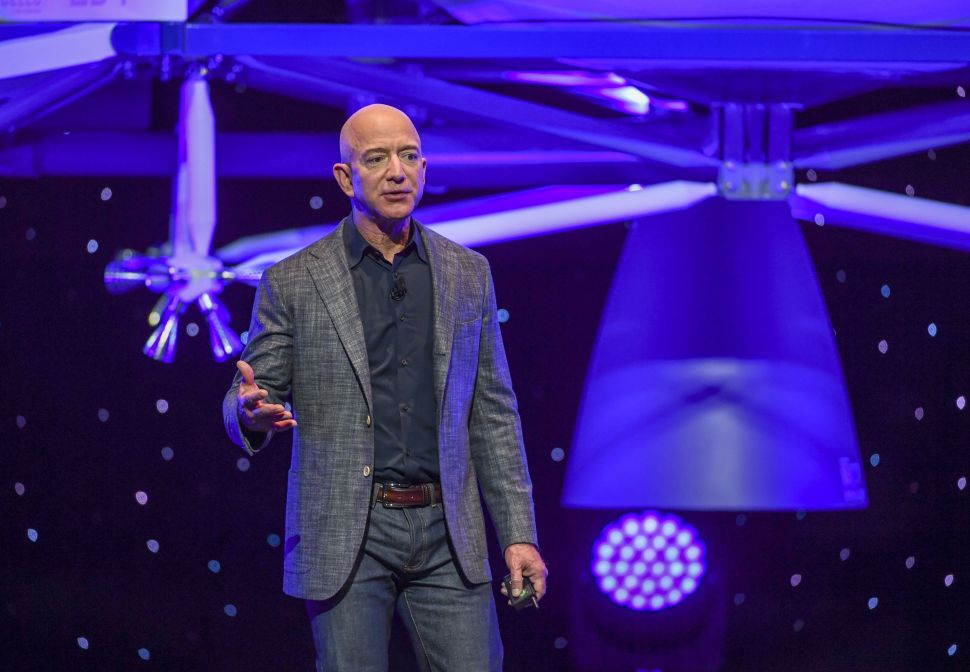