This past Sunday, a mishandled attempted art theft took place in Zaandam, a Dutch city just north of Amsterdam, wherein two would-be robbers attempted to snatch a Claude Monet painting entitled The Voorzaan and Westerhem from the Zaans Museum. Rather than making their move in the dead of night as one might expect, the two men who tried to steal the painting did so at around 10:30 a.m.; museum-goers and employees who were in the institution at the time stepped in to prevent the theft from happening. Additionally, according to reports, shots were fired. Fortunately, no one sustained injuries.

After it became clear the job had been a bust, the two men who’d attempted to steal the painting fled the scene on a black scooter that was eventually found by the authorities. The suspects themselves have not yet turned up. “We are relieved to say that nobody got hurt and that they were unable to steal anything,” Marieke Verweij, the Zaandam museum’s acting director, told CNN in a statement. “We are currently investigating if the painting has been damaged (in) the incident, meaning we are unable to put it on display at the moment.”

Within the past few years, art thefts within the Netherlands have been frequent. In 2020, a painting by Vincent van Gogh entitled Spring Garden was stolen in an early morning raid of the Singer Laren museum in Laren, north of Amsterdam. Subsequently, in August of the same year, a 17th-century painting made by the artist Frans Hals was stolen from the Museum Hofje van Mevrouw van Aerden in Leerdam, which is also close to Amsterdam. Authorities believe that ambitious art thieves have been taking advantage of the fact that museums have largely been closed during the coronavirus pandemic in order to pull off their schemes. 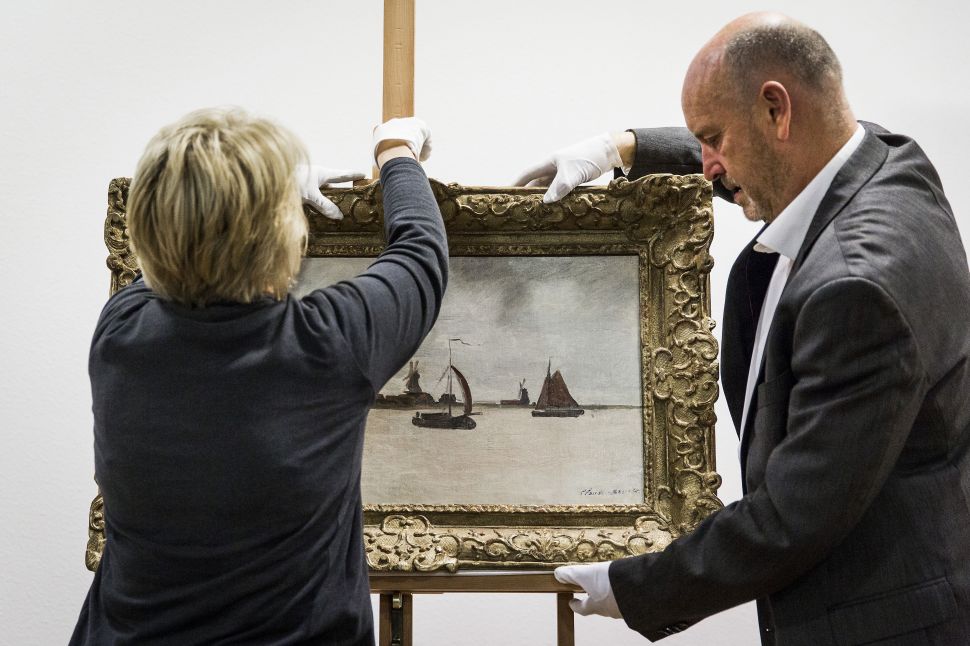