James Gunn’s The Suicide Squad failed to meet even the modest expectations of a $30 million domestic debut through no real fault of its own. The critically acclaimed and highly enjoyable comic book blockbuster was released at a time when the Delta variant is causing a surge of new COVID cases that may be keeping audiences away from movie theaters once again. Its simultaneous availability on HBO Max may also be playing a role in its financial performance.

After 18 months of this pandemic, Hollywood was hopeful that the American box office was finally on a gradual road to recovery. But the progress made from March’s Godzilla vs. Kong through July’s Black Widow and Jungle Cruise has once again been complicated by the coronavirus variants and hybrid release models. This leaves us with more questions than answers and a future headlined by uncertainty.

How is the box office doing?

In order to answer the above question, we turn to the immortal words of Mad Men’s Pete Campbell:

Typically, June and July account for roughly $2.5 billion in domestic box office gross. Last year, the U.S. earned $11.5 million in this span, and this year we settled around $885 million. It’s progress from 2020’s unmitigated disaster, but still nothing close to pre-COVID levels.

Do we need to lower our box office expectations?

Hmm, let me think about that one…

On one hand, studios like Warner Bros. aren’t in the business of releasing $185 million-budgeted movies like The Suicide Squad to sub-$30 million debuts. Discounting the unknown HBO Max viewership, the film is going to lose money. On the other hand, it’s flabbergasting to see Film Twitter freak out over the fact that an R-rated sequel to a critically maligned movie from five years ago failed to drum up big business during a COVID-resurgence while simultaneously available at home on HBO Max.

We may be starting to see same day release titles cannibalize one another to a certain extent, though we need more datapoints. Black Widow saw the biggest second weekend drop in MCU history at 68% while Jungle Cruise fell a more manageable 55% in Weekend 2. Both were also available via Disney+ Premier Access. Godzilla vs. Kong dropped 56% in its second weekend but legged it out to $100 million domestic and a healthy $468 million worldwide while also being available on HBO Max in its first month. It isn’t facing the same sort of criticism, though that may be because it over-performed relative to expectations while Black Widow is on pace to become one of the lowest grossing MCU entries.

Warner Bros., which is releasing its entire 2021 film slate day-and-date in theaters and streaming, leads the industry in 2021 domestic marketshare with 23.82%. But the studio has earned just $420 million in the U.S. across 12 titles this year.

The question remains: is same-day release on streaming putting a cap on a movie’s ability to earn over an extended period of time?

Will the box office ever return to 2019 levels?

Many around the industry expected pent-up audience demand to help restore blockbusters to their previous levels and aid smaller mid-tier films to over-perform. That hasn’t happened. Under normal circumstances, the film industry is an $11 billion annual business here in the United States and a $40 billion-plus business worldwide.

Every major studio will be operating on some sort of shortened exclusive theatrical window in 2022. But we’ll likely see less movies receive a traditional global exclusive theatrical rollout moving forward. While major blockbusters earn the majority of their money in the first 45 days of release, the shortened theatrical windows will prevent an Avatar situation where a film defied all expectations, continued earning money every week, and managed to profitably stay in theaters for eight months. (Avatar opened to “just” $77 million in 2009 and legged it to $750 million domestic).

So will the box office ever return to pre-COVID levels? The film industry can return to a healthy multi-billion dollar level. But it’ll be returning under entirely different circumstances from previous years. The days of $40 billion in yearly global ticket sales may be over.

Those who are rooting for the continued survival and good health of the theatrical movie industry can be summed up fairly succinctly:

We have a logjam of delayed blockbusters packing the schedule for the remainder of 2021, which will ideally help get audiences back into theaters assuming the Delta variant and other elements of COVID are under control. That’s far from a sure thing with numbers skyrocketing nationwide. (If you love seeing big movies on the big screen, please get vaccinated).

Spider-Man: No Way Home has the best shot at earning $1 billion worldwide of any 2021 blockbuster thanks to its Marvel connections and rumored multiverse elements. But it’s far more likely that we don’t see another $1 billion grosser until 2022 (maybe The Batman). Even then, it’ll be difficult. Of the nine movies to surpass $1 billion in 2019, three took longer than 40 days:

Movie theaters will never go extinct. There will always be demand for communal viewing of blockbuster tentpoles on the big screen. But the scope of viable theatrical properties continues to narrow. Providing consumers with ample flexibility and choice for how and when they consume new titles is becoming the norm, which will lower the ceiling of the box office long-term.

Welcome to the new normal. 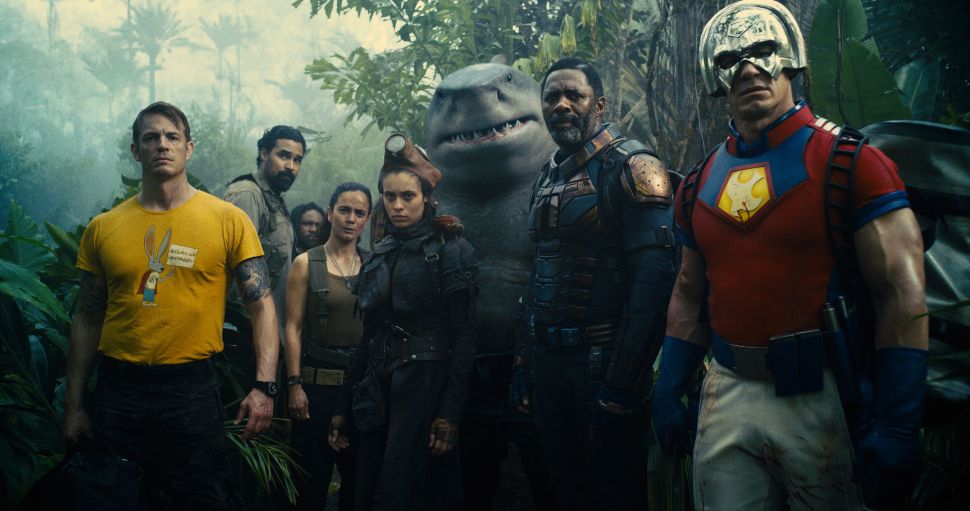