It seemed no one was immune from Bridgerton fever, as fashionistas flocked to flowing silhouettes, dreamy color palettes and delicate jeweled accessories. If you’re not yet convinced of the power of Regencycore (yes, that’s a thing now) fashion, look no further than the recent Bridgerton-inspired nap dress collection from the Hill House Home x Phenomenal collab, which sold out in just one day.

While it’s going to be a little while before the second season of the hit show debuts (minus the Duke of Hastings), it is about to get that much easier to embrace your inner Daphne, as Shondaland and Netflix have partnered up with sustainably-focused luxury footwear designer Malone Souliers on a collection of Bridgerton-inspired shoes and accessories.

The 15-piece capsule collection is composed of men’s and women’s shoes and accessories, all of which are influenced by the whimsical aesthetic of iconic Bridgerton ensembles. The collab is a modern take on Regency fashion, with lots of bejeweled details, lush satin fabrics, jacquard materials and even a Duchess-worthy plume here and there. After all, why shouldn’t one wear a feather-accented shoe?

The collection is also sustainably-minded, as earlier this year, Malone Souliers pledged to work towards a zero-waste approach. The brand is also known for its extra-comfy shoes (yes, even the heels), in a happy departure from the corset-wearing fashions of early 19th-century London.

“I’m a huge fan of Bridgerton,” said Malone Souliers’ founder and creative director, Mary Alice Malone. “It revisits the past with a sense of revolution and joy, which is exactly how I approach shoemaking. This partnership has been fascinating from a design perspective, allowing us to embrace the pomp and unabashed splendor of Regency fashion.”

Sadly, you’re going to have to wait a bit to get your hands on the Bridgerton x Malone Souliers capsule, as  the collection isn’t expected to launch until early next year. For now, you’ll just have to tide yourself over by rewatching season one of Bridgerton, and wait for an alert from Lady Whistledown. 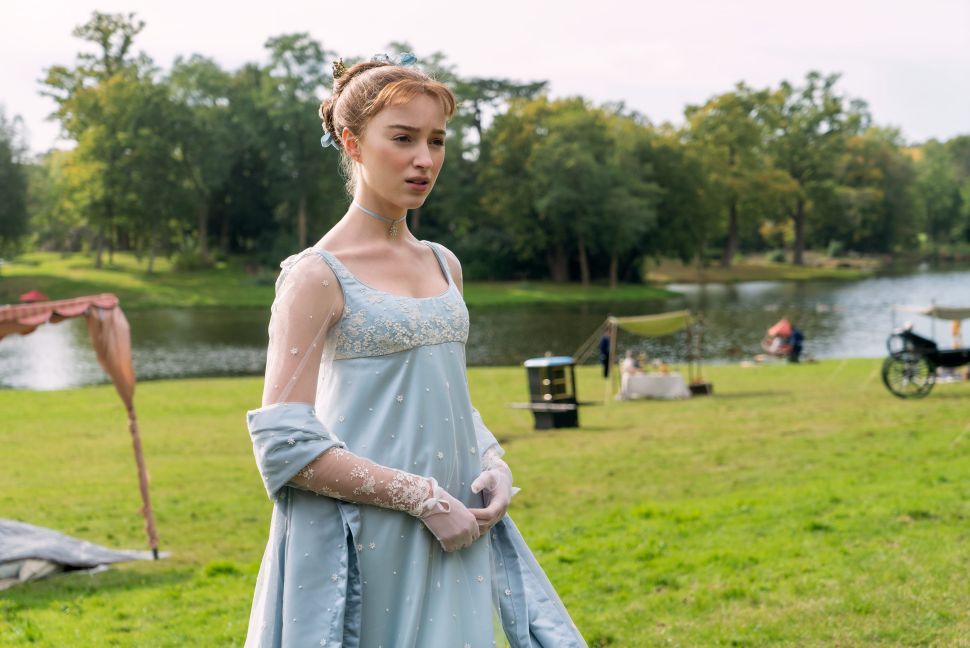