“Candyman is how we deal with the things that happened, that are still happening,” Colman Domingo’s William Burke, a Cabrini Green resident, spouts in Universal’s upcoming Candyman.

The legacy sequel to the popular horror franchise of the 1990s is a genre movie, sure. Screams, horror, blood and gore. But director Nia DaCosta and producer Jordan Peele remind Hollywood that you can make a pointed film about societal divides regardless of the brand or scale. Candyman just so happens to do it with the razor-edge precision of a hook-handed maestro.

The housing projects of Chicago’s Cabrini Green neighborhood have long been terrorized with the word-of-mouth ghost story about a supernatural killer with a hook for a hand. But this is no ambiguous apparition. It is a ghost manifested by shared storytelling.

Decades after the last of the Cabrini towers were torn down, visual artist Anthony McCoy (Yahya Abdul-Mateen II) and his girlfriend, gallery director Brianna Cartwright (Teyonah Parris), move into a luxury loft condo in Cabrini, now gentrified beyond recognition and inhabited by upwardly mobile millennials. With Anthony’s painting career on the brink of stalling, a chance encounter with Domingo’s William exposes Anthony to the tragically horrific nature of the true story behind Candyman.

DaCosta’s Candyman is enthralling start-to-finish, one of the best films of the year. It feels so much bigger than its 91 minute running time, carrying itself like a middleweight with heavyweight knockout power. The movie probes the power of myth and legend and inherited trauma in a swirling, artful and contemporary remix of elements both familiar and new. This is the rare example of a critic actually wanting a movie to be longer, particularly as it pertains to its connections to the originals.

This Candyman is an amalgamation of generational pain and mistreatment. The shedding of a collective subconscious. It’s terrifying yet thoughtful. “They love what we make, not us,” William spits, cutting at the intersection of African American influence on pop culture yet their exclusion from the upper echelons of its beneficiaries. The script features ample distillations of complex and layered thematic nuance into easily digestible bits of dialogue that stay with you just as potently as some of the film’s haunting imagery.

Visually, DaCosta uses distance like an expert fencer — stepping back to let a lasting image linger and closing in to lap up emotion and tension. It’s a sharply told story that extends DaCosta’s burgeoning prowess that began with her feature directorial debut Little Woods. That Neo-Western revolved around the struggle against crushing economic forces. There, the characters were resisting an enveloping circumstance. Here, enduring generations of hardship, the Candyman conceit is not only an attempt to process the inescapable cycle of violence, trauma, systemic disregard and displacement, but also exert control on forces beyond our understanding.

Candyman moves with purpose, serpentining from a gruesome statement kill to a soft-spoken grace note. A seemingly innocuous bee sting snowballs into something much worse. A sense of rotting and decay, an erosion both internal and external, of the spirit and of the body, pervades the taut tale as a parallel to real life. DaCosta assumes the mantle of Jonathan Demme and Barry Jenkins as a master of the close-up aimed at capturing the micro-emotions and points of view of our characters. There’s something elemental about being stalked by a specter in your own reflection, and Candyman’s flipped perspectives, askew angles, and unique sound design all unify in conveying that looming sense of unease. (Marvel scored themselves a winner by tapping DaCosta for the 2022 Captain Marvel sequel.)

Cabrini Green is a community that was cut off by authorities from aid and progress as it was left to die for the purpose of being rebuilt and gentrified. It was squeezed, abandoned, and stolen. In that same sense, Candyman feels like a reclamation project of sorts. One that will scare the pants off of you, yes, but also one that adds depth and resonance to the once-static slasher format. 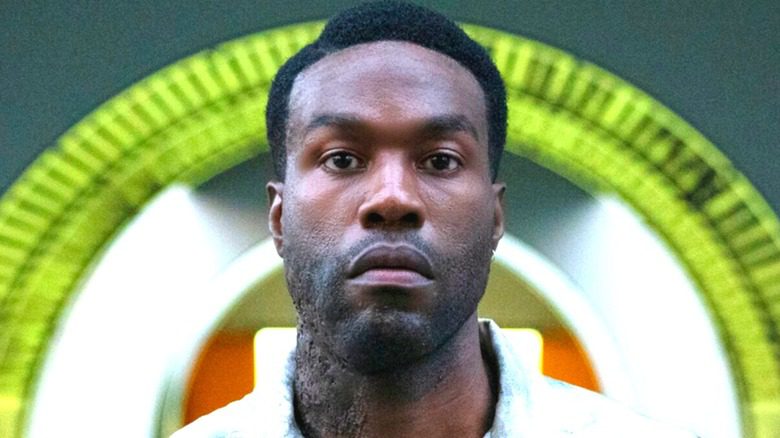