It took almost a year, but Cindy Crawford and Rande Gerber have now parted ways with their midcentury modern Beverly Hills home. The supermodel and her businessman husband (he’s one of the cofounders of Casamigos) sold the five-bedroom, 5.5-bathroom estate for $13.5 million to WhatsApp co-founder Jan Koum, who happens to own a neighboring home, reports Variety.

The final sales price isn’t quite the $16 million that Crawford and Gerber were hoping for when they initially listed the home for sale last August, it’s still a profit from the $11.6 million they paid OneRepublic musician Ryan Tedder for the home back in September 2017.

It doesn’t look like Crawford and Gerber have done much work to the single-story home over the past four years, though the property was extensively restored and remodeled during Tedder’s ownership.

There are high ceilings and walls of glass throughout the airy home, with plenty of sliding doors. The large double living room features a floor-to-ceiling fireplace that separates the more formal entertaining space from an enclave with a marble wet bar and lounge.

Nearly every room in the home has direct access to the backyard, where there’s an outdoor living area complete with many an al fresco lounging and dining space, in addition to a built-in fire pit. There’s also a pool and spa.

Crawford previously told Architectural Digest that she and her husband, who primarily reside in Malibu, decided to purchase this Beverly Hills home because their children, Kaia and Presley Gerber, were getting older and thought it was “so boring” in Malibu, and wanted to be more centrally located in the city. Alas, it seems they must have changed their minds, as it doesn’t look like the genetically blessed family has bought another home in Los Angeles just yet.

For now, though, the couple continues to own the Malibu mansion that serves as their main residence, in addition to a $5.4 million four-bedroom La Quinta getaway, a $3 million condo in Miami and a cottage in Canada. 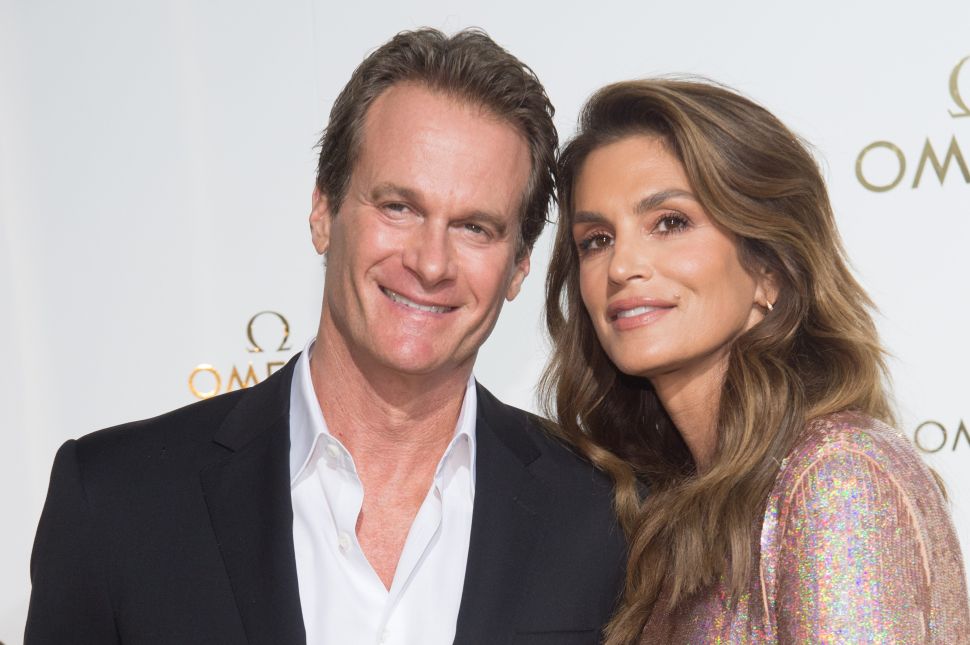