When will the pandemic end? The answer is increasingly unclear as viral mutations complicate the picture. The CDC has reinstated face mask recommendations after relaxing the guidance for less than a month; tech companies have pushed back office reopening; and schools and governments are considering mandates requiring everyone to be vaccinated against COVID-19.

Particularly worrying in recent weeks is the Delta variant, which has fueled a surge in infections across the world. However, combating the pandemic isn’t just about eradicating this variant, experts say, because viruses, by their nature, can always find new ways to outsmart our natural immune system.

“I think we’re closer to the beginning than we are to the end [of the pandemic],” Dr. Larry Brilliant, an epidemiologist who worked with the World Health Organization during the 1970s helping eradicate smallpox, said in an interview with CNBC on Friday. “That’s not because the variant that we’re looking at right now is going to last that long.”

“Unless we vaccinate everyone in 200 plus countries, there will still be new variants,” he said. Brilliant is the founder of Pandefense Advisory, a pandemic response consultancy.

Brilliant’s models of the COVID-19 outbreak in San Francisco and New York predict an “inverted V-shape epidemic curve,” meaning that a variant spreads quickly when it first appears but also subsides rapidly after it has reached peak infection.

“That may mean that this is a six-month phenomenon in a country, rather than a two-year phenomenon,” Brilliant explained. “But I do caution people that this is the Delta variant and we have not run out of Greek letters so there may be more to come.”

This worry is echoed by Dr. Stephen Morse, an Epidemiology professor at the Columbia University Irving Medical Center, who said a cycle of new variants “keeps repeating as long as the virus infects people and circulates in the population, allowing opportunities for the virus to evolve,” CNBC reported last week.

The Delta variant is already shown to be more transmissible than previous COVID-19 strains. If there is another variant coming, if could be even more dangerous and upend pandemic response efforts.

“If another one comes along that has an equally high capability of transmitting but is also much more severe, then we could really be in trouble,” White House chief medical advisor Dr. Anthony Fauci said in an interview with McClatchy last week.

Real-world studies have shown that existing vaccines—especially those using messenger RNA technology—are highly effective at preventing symptomatic infection from the Delta variant. Yet, anti-vaxxers are stubborn about not getting the shot.

“People who are not getting vaccinated mistakenly think it’s only about them. But it isn’t. It’s about everybody else, also,” Fauci said. He estimated that there are roughly 93 million eligible, unvaccinated people nationwide. 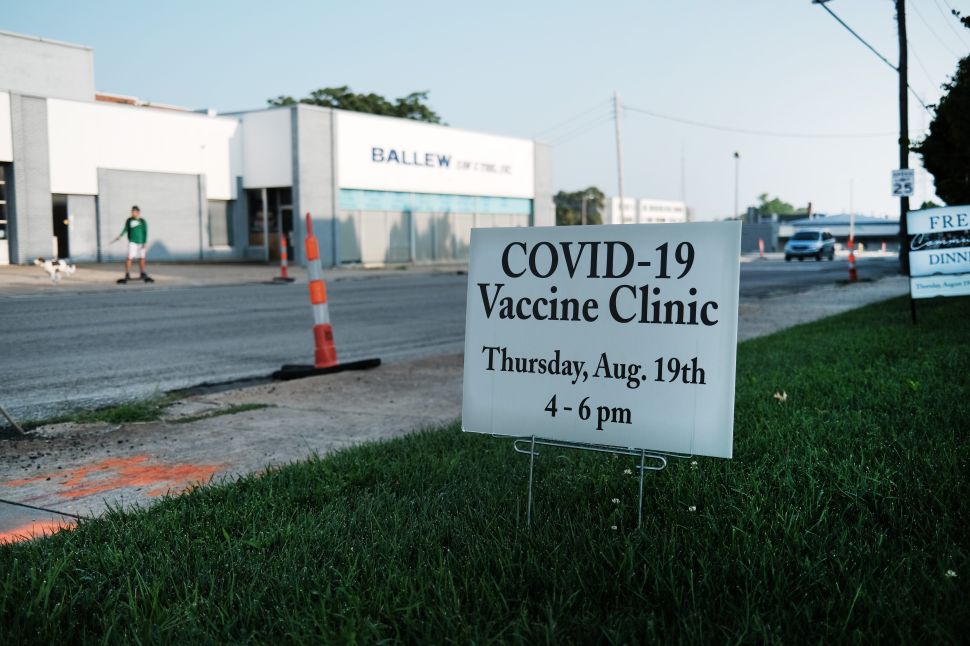