Pop culture public discourse has devolved to the point that people often respond to a headline without actually taking the time to read the story. No doubt that will be the case here. I can already see the chorus of Film Twitter avatars sniping in the replies. While it’s absolutely true that animation is a universe of potential that can stand on its own and not every feature needs the reboot treatment, a live-action Titan A.E. actually makes sense. Bear with me.

The adage that if you can’t beat ’em, join ’em is more prevalent in Hollywood today than ever before. As the entertainment industry continues to recycle its own libraries ad nauseam, reboots and remakes are inevitable. You stand a better chance fighting against the ocean tide than you do audience’s nostalgia-driven obsession with the past. But recently, I argued that instead of consistently remaking Hall of Fame classics that already occupy unimpeachable perches in the pantheon of entertainment, we should be looking to concepts and IP with potential that, for whatever reason, didn’t fully coalesce the first time around. Titan A.E., an $80 million film that failed to break $40 million at the box office and currently holds a 50% on Rotten Tomatoes, a 6.6/10 on IMDb, and a 48 on Metacritic, certainly qualifies.

The film—which takes place in the year 3028 when humanity is set adrift among the stars after the destruction of Earth—is far better than its aggregate scores would have you believe. The narrative and character beats may be cobbled together from sci-fi predecessors; shades of Star Wars cast over the archetypes and Blade Runner‘s steampunk attitude informs the tone. But just because Titan A.E. is somewhat expected doesn’t mean it isn’t deserving. The reason no one reinvents the wheel is because wheels already work.

Functionally, Titan A.E. is a fast paced vision with a distinctive aesthetic comprised of traditional animation and computer generated imagery. It’s the type of anime-adjacent eye candy that may actually provide the same endorphin-igniting sugar rush when translated to the big screen in live action—assuming the right filmmaker is tapped to shepherd such such a bombastic space opera. (My editor, an animation expert, notes that it’ll be hard to replace director Don Bluth’s singular style). It’s enticingly sci-fi, but not exclusionary in its genre bent. Just enough to hook you in with space battles and evil aliens.

As a premise, it doesn’t get much more timely than threats of extinction, refugees searching for a home, and a race of beings driven by hatred and fear. Critic complaints levied against the movie at the time of its release suggested it was as deep as a Saturday morning cartoon. At worst, that sounds like an enjoyable swashbuckling adventure through the stars. At best, borrowing Titan A.E.‘s darker and more mature sensibilities—which touch on abandonment issues, the question of whether humanity is even worth saving, and pseudo caste systems among intelligent species—would give the broad appeal blockbuster something to say. (A welcome treat in a summer drowning in the likes of Snake Eyes and Space Jam 2).

Titan A.E. was the last film under Fox Animation Studios before it shuttered. After Disney’s acquisition of Fox, the property falls under the Mouse House’s ownership. Ironically, this is an opportunity, not an impediment. As I wrote recently, Disney is in dire need of new live-action franchises outside of Marvel and Star Wars. They’ve tried and failed, at great expense, to conjure up new hits with the likes of John Carter, Tomorrowland, The Nutcracker and the Four Realms, Tron: Legacy, The Lone Ranger, A Wrinkle in Time, Prince of Persia, Oz The Great and Powerful, and The Sorcerer’s Apprentice over the last 15 years (which is why Jungle Cruise is so important).

Instead of de-emphasizing the 20th Century banner, Disney should greenlight a PG-13 live-action remake of Titan A.E. under the studio. Fox was known for its successful adult-skewing franchises such as Kingsman, Deadpool and Alien while Disney is betting big on James Cameron’s Avatar series still being a draw for 20th Century. Titan A.E. can exist at the intersection of these tones and styles, maintaining commercial appeal and a slight edge that doesn’t fit with Disney’s family friendly mandate. It’s not as if Bob Chapek and company are going to stop trying to develop much-needed new live-action franchises, so the creatives might as well tap into a dose of experimentation.

Titan A.E. is a better movie than it’s initial reception gave it credit for. But it isn’t some paragon of pop culture that is immune to tweaks and improvements. We’d rather see an updated live-action crack at this high-upside concept and overlooked pedigree than 2 Taxi 2 Driver. 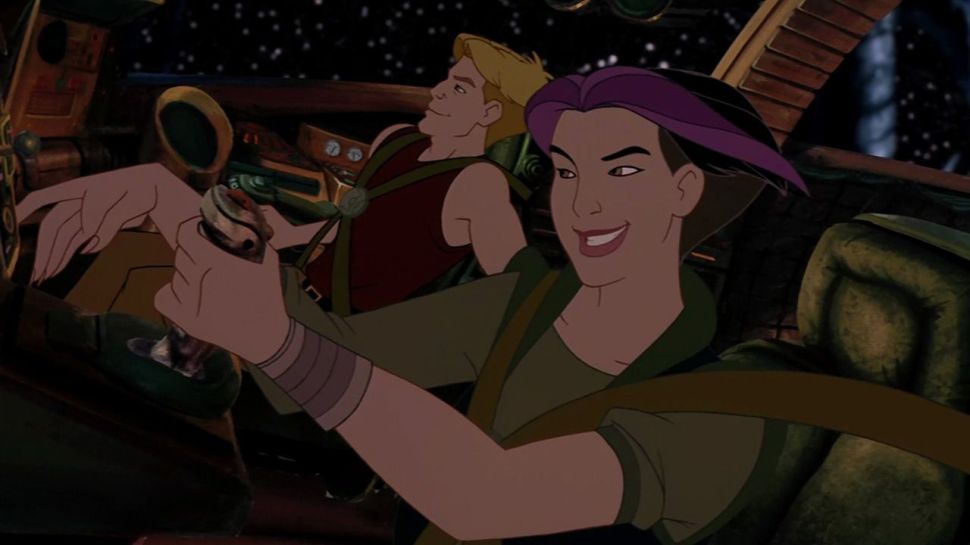