Over the past year, Disney stock has climbed 40% largely due to the unprecedented success of Disney+. But since March, when Disney’s shares peaked at an all time high of $200, the company has seen a 13% dip. Now one day does not make a trend, but the Mouse House’s stock is rising once more ($179.29 as of this writing) on the back of a surprisingly strong Q3 earnings report.

Q3 saw net adds of 12.4 million new subscribers, marking a strong rebound from a soft Q1 that was impacted by the pull-forward effect of 2020. Wall Street expectations pegged Disney+ at 112.8 million subscribers overall and the actual number came in at 116 million. Disney has over-performed in the most recent quarter relative to projections. Sure, that’s a bit like saying LeBron James played well in the playoffs, but a win’s a win.

“Disney’s solid earnings beat shows the strength of its business model which offers a considerable upside in the post pandemic world,” Jake Sherman, senior analyst at uk.Investing.com, told Observer. “While its legacy businesses, parks and theaters, are coming back to life, its streaming service continues to show momentum. This combination makes Disney a very desirable stock to own as its brands cover much of the entertainment universe with a strong growth potential.”

When it comes to the streaming wars, average revenue per user (ARPU) is a key criteria to consider. It’s similar to the advanced analytics metric Player Efficiency Rating used in the NBA in that both paint a picture of individualized value. Due to the rapid growth of Disney+ Hotstar in India, which is offered as a less expensive tier, Disney+ ARPU continues to fall and has dipped 10% year over year to $4.16 as of July 3. Disney+ Hotstar now accounts for nearly 40% of Disney+’s entire subscription base. But scale is the name of the game right now and as Disney+ achieves further market penetration, it’ll gain more long-term pricing power. At the same time, the ARPU for ESPN+, the Hulu SVOD Only service and the Hulu Live TV + SVOD services all increased.

Disney CEO Bob Chapek confirmed Marvel’s Shang-Chi and the Legend of the Ten Rings will remain a theatrical exclusive with a 45-day window. He noted that the decision was made three months ago, when projections for theatrical recovery were far healthier, and that due to those existing distribution agreements, it’s too late to shift the title to Disney+ Premier Access. The hope from Disney’s perspective is that Shang-Chi will be a valuable datapoint for future decisions as it migrates to Disney+ after 45 days. But, Chapek highlighted the importance of flexibility moving forward and the value Disney’s multiple distribution platforms allow. It’s something that is helping the stock overall (Disney shares rose 4% after Black Widow‘s Premier Access revenue was first reported).

“Disney is in a very interesting situation and its business model is very hedged with Disney+ as a weapon to fight against COVID news and possible lockdowns once again,” Jake Wujastyk, Chief Market Analyst at TrendSpider, told Observer. “However, if COVID becomes less of a hot topic again and states remain open, their parks will benefit from a continued increase in visitors.” 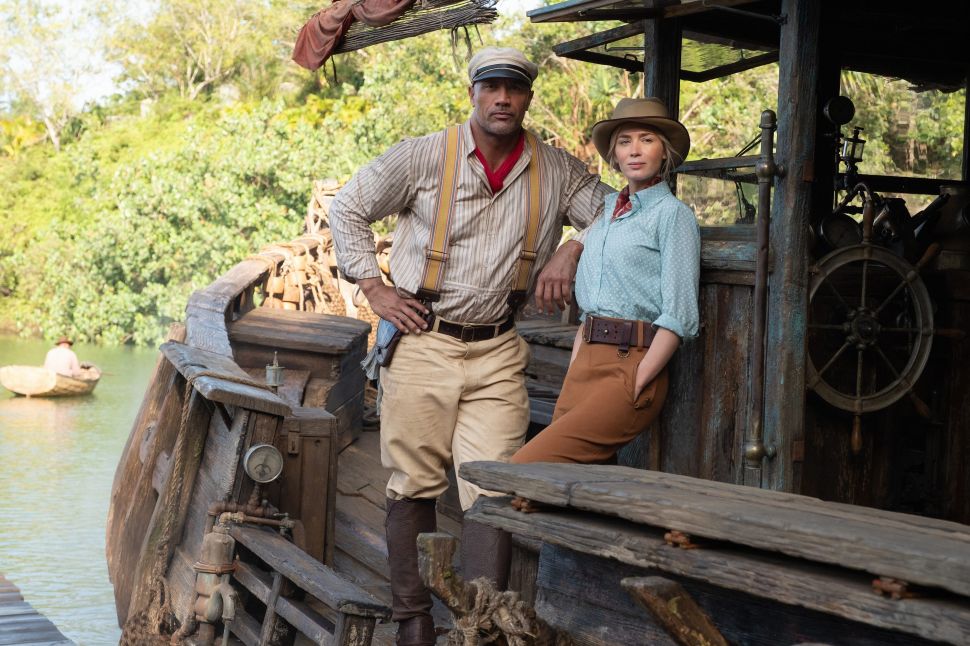