Being directed by your dad sounds like a hit or miss situation, but for Dylan Penn, being guided by her father, actor Sean Penn, on Flag Day was a once-in-a-lifetime experience. The film tells the story of John Vogel, a notorious counterfeiter, and his daughter Jennifer, who has a tumultuous relationship with her separated parents. It’s based on Jennifer Vogel’s memoir Flim-Flam Man: The True Story of My Father’s Counterfeit Life, and Dylan takes on the role of Jennifer with intense emotional consideration, playing her over the course of many years of her life.

Sean, who directed the film and stars as John, has been on and off attached to the project for over a decade, with Flag Day finally arriving in theaters August 20. It’s a real showcase for Dylan, who says she never intended to become an actor despite being the daughter of Sean and Robin Wright. Previously, Dylan has appeared in a few things, including Elvis &. Nixon, but she sees Flag Day as the stepping stone to her true passion: directing.

We spoke with Dylan about what it was like to work with her dad, how much she related to Jennifer’s story and what it meant to have Flag Day premiere at Cannes.

Observer: What’s the casting process for a film like when your dad is the director?

Dylan Penn: You know, it’s funny because this film has gone through so many iterations with various people attached, so the first time I was 16 and that’s when my dad first attached to the film. And then at around 26 or 27 I auditioned for another actor who was attached to play John Vogel. And then it went back to my dad and that’s kind of how it happened. I did audition, but not for my dad.

So the film has been in your life for a long time.

What was it about the story that resonated with you?

So much of it! It’s interesting because when I read it at 15 years old I loved Jennifer’s story, but I didn’t really connect to it on a personal level. Almost 15 years later — I’m 30 now — it almost felt like reading my own diary because so much of our lives have parallels. But the biggest similarity is simply growing up and going through your early adult life and trying to find yourself detached from your parents and your past, and finding your own identity.

I don’t know if I want to be directed by him again. I think I want to switch it around. I think I’d like to direct him, maybe.

Yes. It was very intense. I mean, it’s the closest thing to family therapy that I’ve ever done. Except it’s in a room full of 50 strangers — crew members. To be that vulnerable and naked with your own family on camera in a really heavy thing. It was amazing because I felt very supported because I was with my family, but to be that open, especially when there’s so many parallels to my own life and I’m using my own life as reference, was exhausting. But I think it worked. I hope it did.

Because we had so much time together, not only me and my dad and my brother but also with Katheryn Winnick, who plays Patty [Vogel], my mother, we got to know each other and really feel the space. We did a lot of rehearsals in the locations that we shot at. When it came to the day the emotion just came so naturally because everything else felt so in place.

How do you get yourself to that place of real vulnerability?

Now I just think of the most awful things to get to that place. Sometimes, though, to be completely honest, I’d show up to set and I’d just be so tired that I needed to cry. I cry a lot in this movie! Sometimes it just came, and sometimes I would think of the most horrific things to bring up that emotion.

Had you worked with your father before this?

No, this is the first time.

Would you work with him again after this experience?

I would. I don’t know if I want to be directed by him again. I think I want to switch it around. I think I’d like to direct him, maybe. But I would definitely act with him again. I’ve never acted with someone better. He’s pretty good.

I went into it a bit hesitant because we hadn’t worked together in a professional environment before, so that can sometimes be tricky. But from the first day I set foot on set, as Jennifer, I’ve never felt so safe in a place where I felt like I could fall on my face and I literally had my dad to hold my hand and say “It’s okay, get back up again.” And I think because he is an actor he knows how to talk to actors, so it never felt domineering or controlling. He is really available as a director and that made working with him so seamless and easy.

Did you meet Jennifer ahead of filming?

I did. We had talked a couple times on the phone leading up to shooting and I met her probably two weeks before we started. I think we sat together for five hours over dinner. It’s amazing because she’s an open book, literally, about her story. She let me ask her any question under the sun. Nothing was off topic. Something that completely changed my view on how to play Jennifer is that she never intended or wanted someone to mimic her or copy her. She just wanted her story to be told. That allowed me, as an actor, to have a lot of freedom to make my own choices and not be so confined to being Jennifer in reality.

I was nervous because we just really wanted to stay true to her story. Jennifer is, I think, one of the most resilient people I’ve ever met and you would never know that she’s had this really tumultuous past. The way she is today she has such a light. She has this infectious laugh. She’s just an amazing, strong person, and I feel like that was what I was striving for, at least as she’s growing up and going into her adult life. To show her strength. That was my main focus.

Was it challenging to play Jennifer over so many years of her life?

I felt like it was pretty easy [to stay with her] because the hair and makeup and costumes really helped — to go from ’70s to goth to ’80s. There were a lot of looks that helped get me into character. But also because I am 30 now I can easily go back to when I was 17. I remember that like it was yesterday. That angst. Doing drugs and being rebellious. I’m so far from that now, but it’s part of who you are. The misery of being a teen.

Do you feel like you learned anything about yourself as an actor in making this film?

It sounds simple when I say it out loud, but I learned I loved the physicality of acting. One of my favorite scenes to shoot was with Katheryn Winnick: our fight scene where I leave to go see my dad. Katheryn is an ex-martial arts person. Really intense and very strong physically. So she really let me come at her, and vice versa. I just had so much fun with that. So I think I learned that next I really want to do something that involves my body.

Have you always wanted to be an actor?

Not at all. Oh my God, I never thought in a million years that I would do this. It sounds funny now, but growing up with it I thought it was just so silly. Adults dressing up, playing other people — it just seemed ridiculous to me. I always wanted to be in the film industry, but I wanted to be behind the camera writing, producing and hopefully directing one day. And that is still my passion, but I fell into this because I had expressed that I wanted to direct. Both my parents, separately, advised that I should know what it’s like to act before I direct. That’s really why I got into it. And this project is different because it’s been a part of my life for so long that I really did want to play this role. But now that I’m having fun with it, and to do a role like this that really is a role of a lifetime, I feel so lucky. As long as this kind of material is available then we’ll see. Maybe I’ll continue with this. I think I like it a little bit.

How did it feel to take the film to Cannes?

It was overwhelming, just to be with that many people. I went as a guest once, but that’s a completely different experience when you’re working on a movie of your own. It’s a whole different experience. And people were telling me that it was like 30% of what it is usually and it felt like Disneyland there. It was packed. But it was amazing. Just to be with strangers. Feeling some kind of community. And to have that platform — to be part of the Cannes film festival is surreal. Jennifer has been trying to get this made for 16-plus years, so to be there with her and my father and my brother was just a dream.

Have you worked on anything since you finished shooting Flag Day?

It’s been a whirlwind. We’ve all been in this mess of Covid and it was really strange to get off of a movie set and go straight into quarantine. At the same time, it gave me a lot of time to think about how grateful I am to have had that opportunity. But I’m so ready to go back to work. I’m so ready to have a job!

How close are you to directing your own project?

I want to do it today. I’m ready. So I’ve written a couple of things. I have a writing partner and we’ve written a couple of things. But it’s really tough when you’re an unknown to get your work out there. And obviously I’ve never directed before, so trusting a first-time director is understandably a big leap. I hope this movie can propel me into that direction. So hopefully soon. I’m ready.

Flag Day will be released in theaters August 20. 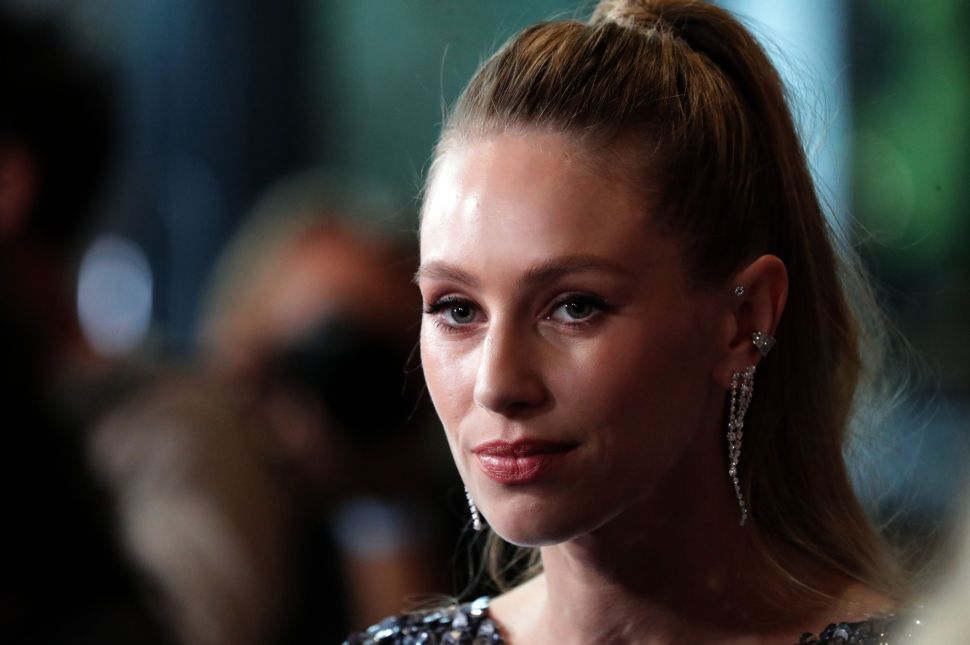