Ample emerged from stealth mode in March after seven years of R&D aimed to make a flexible battery swap system and fully automated swap stations that are economically viable.

Battery swap is an alternative refueling method to charging stations. The technology is niche in the U.S., but has proven to be successful in other major EV markets, particularly China.

The idea is that, when an electric car’s battery runs out, instead of plugging the car into a charging pod, simply swap it out with a fully charged one, thus saving time. But because electric vehicles come in different shapes and sizes, it’s a challenge to build a one-size-fits-all battery swap system.

Ample’s solution is to make modular, Lego brick-like batteries that can be assembled into various sizes and shapes to fit different car models. To lower costs, Ample’s swap stations are prefabricated and can be quickly assembled wherever they’re wanted. A swap station could break even after just 20 vehicles uses, Ample co-founder and president John de Souza told Observer in an interview in April.

A battery swap at an Ample station takes about 10 minutes, which is three to ten times faster than plug-in charging systems in the market. When not in use, Ample’s battery swap stations can function as energy storage pods to capture solar and wind energy, solving a major challenge of renewable energy production.

“Ample will use the funds to expand our deployments across the U.S. and internationally,” the company’s cofounder and CEO Khaled Hassounah told Observer. “We will also build our manufacturing capacity and partnerships with OEMs and local partners globally.”

“Deploying in more markets to allow more fleet partners to transition to EVs faster with economics that can compete with gas is our most important near-term goal,” Hassounah said. “We have made multiple announcements about deployments, and will be making more in the coming weeks and months.” 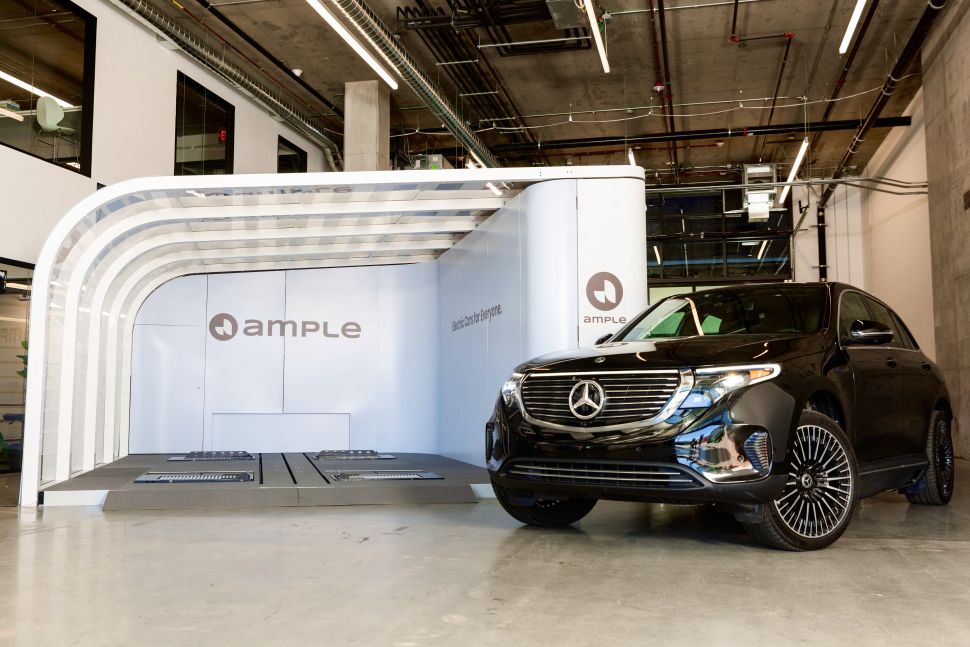