There has been a rash of resignations at the Hong Kong Arts Development Council following a series of media attacks by news sources affiliated with Beijing. The Council, a governmental body that funds arts and culture in Hong Kong, has ten elected seats. Eight of those seats were won in a landslide in 2016 by artists known to be pro-Democracy reformers. Three of those members, artist Chris Chan Kam-shing, songwriter Adrian Chow Pok-yin, and director Indy Lee Chun-leung, have now resigned.

Their resignations come in the wake of Hong Kong’s sweeping new security law, instituted by Beijing in July of 2020, which criminalizes any act of secession, subversion, terrorism, or collusion with foreign governments. The definitions of these criminal acts are fairly widely drawn, and the law is known to promote censorship and curtail freedom of speech. The law was put in place following the 2019 pro-Democracy protests, and over 100 people have been charged under the law, and one found guilty under a High Court with no jury.

While the Arts Development Council has stated that the resignations were for personal reasons, Chris Chan Kam-shing told the Hong Kong Free Press that he was  “worried about his own personal safety and that of his family,” and that he had been followed by reporters from state-run media. According to the Post, The Ta Kung Pao, a pro-Beijing paper widely read in Hong Kong, ran an article on Chan, publishing his personal details and affiliating him with the city’s pro-Democracy protest movement.

Chan has also come under scrutiny by Beijing media for coming to the defense of Chinese dissident artist, Ai Weiwei, when his piece, Study of Perspective – Tian’anmen (1997), a photograph of the artist giving the middle finger to the site of the 1989 student protest, came under attack in local media. According to The Standard, in March, New People’s Party lawmaker and pro-Beijing politician, Eunice Yung Hoi-yan, said that Ai’s piece, along with the collection it was shown with, violated the new security law and was overall vulgar and disrespectful to China. Chan, speaking as chairman of the visual arts group for the Arts Development Council, defended Ai’s work, and is quoted in The Standard, saying “If [Yung] targeted [the Tiananmen piece] for challenging China’s authority without the context that he challenged other authorities as well, then she did not fully understood Ai Weiwei’s work.”

The Ta Kung Pao in March accused the Arts Council of distributing grants to groups openly hostile to the Chinese Communist Party, and artists whose work violates the National Security Law. According to Art Asia Pacific, the Arts Council responded with a statement saying that all grantees must be in “compliance with the laws of Hong Kong during the grant period.”

Film director Indy Lee, one of the recently resigned Council members, told the Post that the Council had come under pressure in highly critical articles on Beijing media platforms. He said that he hoped his resignation would calm the situation down and allow the Council to operate normally. 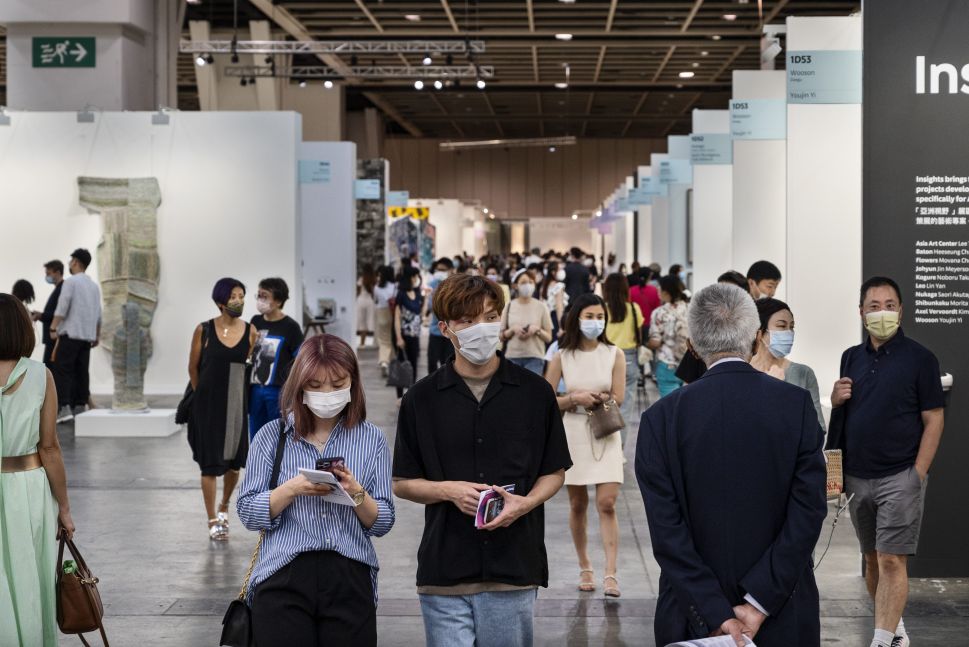