In spring 2020, Jeff Bezos’ Blue Origin began an almost yearlong competition against Elon Musk’s SpaceX over a NASA contract to build a human-landing vehicle on the moon. The race ended in April with the agency selecting SpaceX as the sole contractor under its Human Landing Systems (HLS) program.

Refusing to take no for an answer, Bezos has been pushing back against NASA’s decision in every direction possible in the past three months.

Last week, the world’s richest man offered to waive up to $2 billion in future payments from NASA under existing Blue Origin contracts if the agency would award a separate lunar lander contract to his company.

“Blue Origin will bridge the HLS budgetary funding shortfall by waiving all payments in the current and next two government fiscal years,” Bezos wrote in an open letter dated July 26 to NASA Administrator Bill Nelson. “This offer provides time for government appropriation actions to catch up.”

Blue Origin also filed a complaint (along with another SpaceX competitor, Dynetics) with the U.S. Government Accountability Office, accusing NASA of violating its procurement strategy by selecting only one HLS contractor. The congressional watchdog denied Blue Origin’s protests on Friday, ruling that NASA had run a fair competition.

NASA originally intended to hire at least two private-sector companies to build the lunar landing system, but eventually decided to select only one contractor, citing cost as a primary factor. SpaceX’s bid was $2.9 billion, while Blue Origin’s was more than double at $5.99 billion.

To address the cost concern, Bezos said in his open letter that Blue Origin would accept “a fixed-priced contract for this work, cover any system development cost overruns, and shield NASA from partner cost escalation concerns” if NASA awarded a second contract.

Aviation policy experts say Bezos is motivated by a grand ambition to reign over the future space industry.

“Jeff Bezos, I believe, sees a vision where Amazon can control the future of the infrastructure of space,” said Bryan Del Monte, a former deputy director at the Department of Defense from 2003 to 2008. “If he can pull it off, he will be the richest man in history since Rockefeller. Because that’s what Rockefeller did—he effectively controlled the infrastructure of everything at his time.”

“Bezos believes that space is the railroads and highways of the future. That’s why he wants the control so badly,” Del Monte told Observer.

SpaceX plans to incorporate the lunar lander into its Starship launch system, which is gearing up for its first orbital test flight. Blue Origin plans to build a lander using some of the technology that flew Bezos and three other civilians to suborbital space last month.

Making a case for its own proposal, Blue Origin said SpaceX’s approach is “immensely complex and high-risk,” according to an infographic published on its website on Wednesday.

“There are an unprecedented number of technologies, developments, and operations that have never been done before for Starship to land on the Moon,” Blue Origin said on its website. “NASA ran a flawed acquisition and ignored the significant risks of a one provider model.”

Making technical comparisons, Blue Origin noted that SpaceX’s plan will require more than 10 Starship launches to land once on the moon and needs to be refueled in orbit, while Blue Origin’s lander “only requires three launches” and has “far fewer in-space rendezvous.” 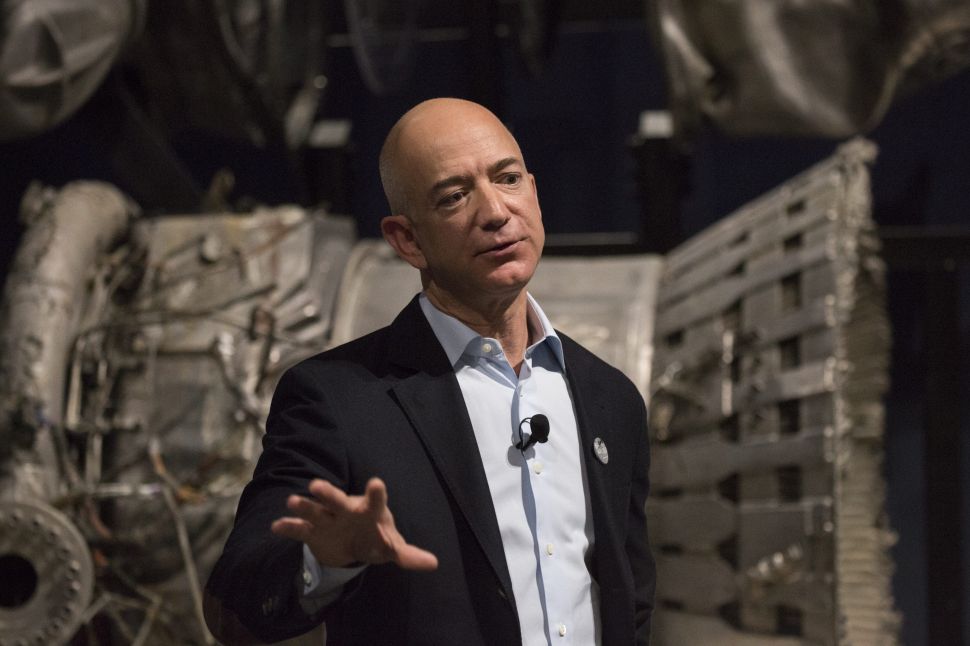