Even though nearly 200,000 internet trolls signed a petition to prevent Jeff Bezos from returning to Earth after Blue Origin’s inaugural flight last month, the Amazon founder and executive chairman did, indeed, safely land from his spaceflight on July 20.

Aside from embarking on his first-ever space adventure and getting into big disputes with NASA, the billionaire has also been keeping busy creating a truly palatial mansion in the sky in New York. Bezos just purchased yet another sleek apartment at 212 Fifth Avenue, the same building where he already owns a three-story penthouse as well as the three units directly below.

Bezos paid precisely $23 million for his latest 4,155-square-foot apartment on the 20th floor of the Flatiron condominium, according to the New York Post. Bezos reportedly reached a deal for the four-bedroom, four-bathroom aerie in July, and closed earlier this month.

A foyer with coffered ceilings and marble floor leads into the apartment. There are high ceilings and solid hardwood floors throughout, as well as plenty of gallery walls to display artwork.

The kitchen is equipped with Gaggenau appliances, milled wood cabinetry and Calacatta marble countertops, as well as a large center island and built-in seating nook. It’s open to a dining area.

Bezos’s newest real estate acquisition brings his spending total in the 24-story building to a staggering $119 million, which is an absolutely obscene amount of money but apparently doesn’t put much of a dent in the bank account of a man who is worth over $190 billion.

While it’s not entirely certain what Bezos plans to do with his *five* apartments in the ritzy building, he previously filed permits to combine at least three of the units, so it seems likely that the billionaire is creating a ridiculously over-the-top five-story mansion in the sky. Sure, it might not be the same view as from the Blue Origin flight (which were apparently somewhat subpar), but the New York City vistas are still quite nice. 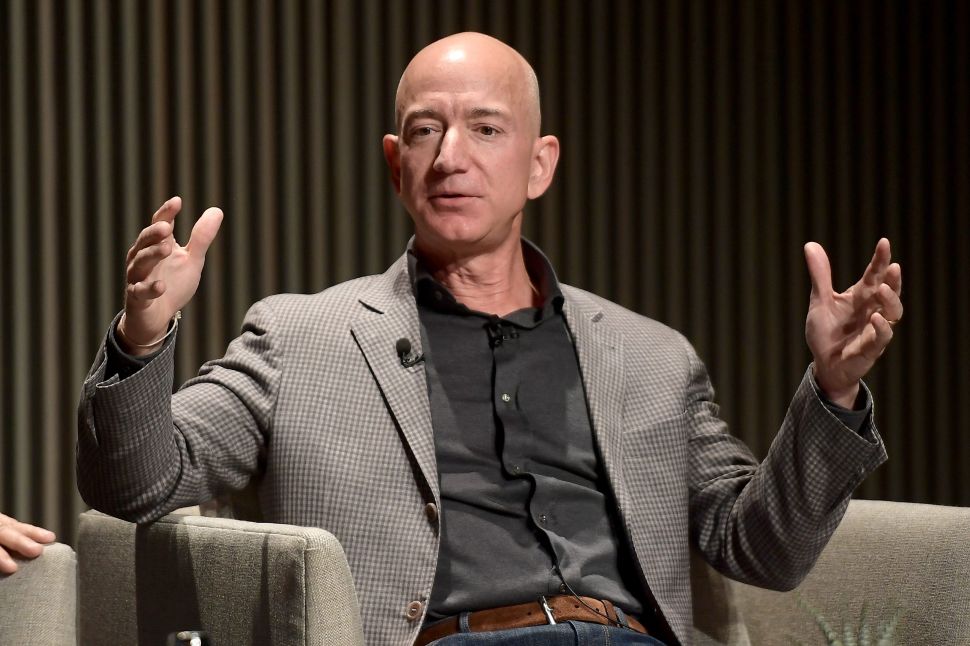