In 2020, a judge ruled that British tabloid The Sun‘s description of Johnny Depp as a “wife-beater” in a 2018 story was “substantially true” in the actor’s libel case against the outlet. The Mortdecai actor is working to overturn the ruling while he awaits for his $50 million defamation suit against ex-wife Amber Heard, who accused him of abuse in a 2018 Washington Post op-ed, to go to trial next April. In the meantime, he’s bemoaning his shrinking opportunities within Hollywood circles in his first interview since losing his libel suit.

In an interview with The Sunday Times, Depp discussed what he claims to be “Hollywood’s boycott of me” while dancing around his case and his relationship with Heard, which he isn’t legally permitted to speak about publicly. The actor has been trying to promote his upcoming film Minamata, in which he plays real-life photographer W. Eugene Smith. But he doesn’t believe the film is receiving the attention or marketing push it should due to his very public recent personal life.

Over the course of court proceedings, Heard testified to years of alleged abuse by Depp, saying that he “explicitly threatened to kill me many times, especially later in our relationship.” She also said that he had hit both her and her sister, Whitney, and threatened to throw Whitney down stairs, among other stories. In all, Heard detailed 14 occasions of alleged assault by Depp.

Following its premiere in the U.K. and Ireland, Minamata does not yet have a U.S. release date. “Some films touch people,” Depp told The Sunday Times. “And this affects those in Minamata and people who experience similar things. And for anything … for Hollywood’s boycott of me? One man, one actor in an unpleasant and messy situation, over the last number of years?” He said he is “moving towards where I need to go to make all that…to bring things to light.”

In November 2020, Depp resigned from Warner Bros.’ Fantastic Beasts franchise at the request of the studio. Prior to that, the studio as well as director David Yates and screenwriter/author J.K. Rowling had publicly offered their support for the actor in 2017. Depp described his current position in Hollywood as an “absurdity of media mathematics.”

Depp also thanked his fans for their support.

“They have always been my employers. They are all our employers. They buy tickets, merchandise. They made all of those studios rich, but they forgot that a long time ago. I certainly haven’t,” Depp said.

Depp will next lend his voice to the upcoming mobile-first animated series Puffins. 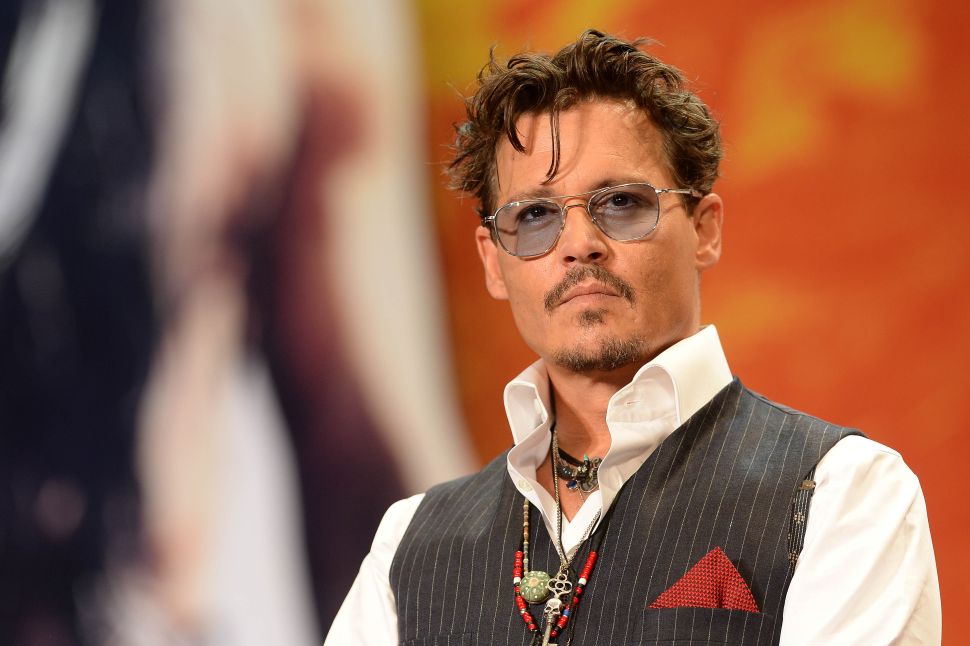