Joseph Gordon-Levitt is the first to admit he’s had a pretty good life.

At the age of 40, the longtime multi-hyphenate, who rose to fame as Tommy Solomon on the hit NBC sitcom 3rd Rock from the Sun in the mid-to-late 1990s, has enjoyed the fruits of a career that has already spanned more than three decades. But in his first scripted TV project since 3rd Rock, the two-time Emmy winner wanted to imagine a world where he might not have been so lucky.

“[The idea] originally came from me thinking about my own life, how lucky I feel, and how grateful I am — that was really the origin of it,” Gordon-Levitt tells Observer. “And then it kind of went from there, thinking about how things could have gone differently and how that could have been stressful, or could have been funny or dramatic.”

The result was a deeply personal, 10-episode series called Mr. Corman, in which Gordon-Levitt serves as star, creator, producer and director. Set in Van Nuys, California, the new Apple TV+ series is listed as a comedy but feels closer to an existential dramedy and centers on Josh Corman (Gordon-Levitt), a failed musician turned fifth-grade teacher who has an unfulfilled ambition of becoming a rock star. After breaking up with his fiancée Megan (Juno Temple), Josh begins living with his high school buddy Victor (Arturo Castro) and struggles with unshakeable loneliness, deep-seated anxiety, fraught familial relationships and destructive habits that stall his personal life.

“It’s worth noting that, even if I did do all those things, it was very collaborative,” Gordon-Levitt says of wearing his many hats. “There were four other wonderful writers and another director — so many people contributed to Mr. Corman and made it so much better than it would have been if I had, somehow, tried to do it alone.”

In a video interview with Observer, Gordon-Levitt talks about the importance of working with his creative team to normalize — and not stigmatize — common struggles with anxiety, the show’s genre-blurring use of magical realism, and why he feels like he “won the lottery” in New Zealand.

The following interview contains some spoilers for Mr. Corman.

Observer: While you earned the top billing both behind and in front of the camera, this was certainly a collaboration at every stage of the creative process. How did you work with your creative team and a neuropsychologist to really present a nuanced, honest and compassionate look at living with anxiety, particularly from the perspective of a millennial?

And that’s actually one of the biggest things I learned when I spoke to the scientist you mentioned: Dr. Gina Grimshaw. She’s a doctor of neuropsychology. And when I asked her, “What’s the thing you really hope to avoid in Hollywood portraying this?” She was like, “I just don’t want it to be stigmatized. I just want it to be normalized.” And I really hope that this show can, in some way, help start conversations about different ways that people feel.

At this stage of your career, do you feel like you have a certain sweet spot as an artist, or are you someone that enjoys being hard to pin down?

(Laughs.) That’s a good question! I have an eclectic taste for all kinds of things. I feel really lucky to get to act. In about a month, I’m gonna go start an acting job, and I’ll be very happy to not be controlling every aspect of the production. And I also really love getting to create this show, ’cause as much as I love acting, I love all the different parts of the process. I’m sort of a film nerd. I’ve always been fascinated with the camera or the editing or the production design or costumes or music — so many different tools in a filmmaker’s bag of tricks that are really fun to play with. So I love the opportunity to express the wide variety.

The last three episodes incorporate the pandemic. Part of what convinced us to go forward with doing that actually works really well for our story, because the protagonist catastrophizes — that’s part of what he does.

You were fortunate enough to film most of the show in New Zealand during the pandemic, and I know that it was extremely important to you to invest in the film industry over there by hiring a local crew. Can you talk a little bit about the experience of working and immersing yourself in that new environment and culture?

Absolutely, yeah. The first thing to emphasize is what you already said. We were so fortunate to get to come here. I feel like we won the lottery — and who knows what would have happened to our show if we hadn’t come here? Some shows were able to keep going and shoot during the pandemic. But those were mostly bigger, established shows. This is a smaller and not-so-established show.

I feel incredibly lucky, and working here has been so, so good. There’s a real spirit of community here. People are team players — that’s obviously a generalization, but I do think there’s something about the culture here in New Zealand. I think that’s a big part of why they’ve been able to keep out the virus, and it’s also made for a great working environment. People are just down to play as a team, and I think that’s a really admirable trait that we, in the United States, could probably learn something from.

Did you always intend to include the pandemic as part of the arc of this season, or was that something that came later on in the production process? Was it surreal to be acting over Zoom for your own project?

Yeah. (Laughs.) It certainly was not part of the original scripts. We had written the whole show and were three weeks into shooting it when the pandemic arrived and we had to shut down, and then we did some pretty heavy rewriting. And we had to decide whether or not we wanted to incorporate the pandemic, because on the one hand, we didn’t our whole show to become about that, but on the other hand, ignoring it didn’t really feel real.

And so we landed on just having the last three episodes incorporate the pandemic. Part of what convinced us to go forward with doing that actually works really well for our story, because the protagonist catastrophizes — that’s part of what he does. He tends to fall into a negative outlook and [that] is part of the lesson that he needs to learn over the course of the season, to stop doing that. So it makes sense that in the final act of the season — the third act, you could say — a real-life, global catastrophe arrives. And getting to see what a character who’s prone to thinking in terms of worst-case scenarios, how he deals with that kind of thing.

Mr. Corman is billed as a comedy, but one of the most intriguing things about this project is that it defies the conventional belief that a show or movie has to fit into a specific category by blurring so many genres together. But I specifically want to ask you about the use of dance numbers, surrealism and even 2-D animation. What was the rationale behind those artistic choices, and how do you think they help to move the plot forward?

Yeah, well, ultimately, I want the show to feel real, and it’s very much a “Hey, come and get inside the head of this person” [type of show]. And sometimes, feelings that we feel as human beings are kind of bigger than we can really describe. And while most of the show is grounded in a tone of realism, there are certain moments where a realistic portrayal just wouldn’t suffice to communicate these huge feelings that the character is feeling.

You used the example of the musical number [in episode 3]. Josh really loves his mom so much, and you can feel that in their scenes, but they also have this blockage. They’re not quite able to be outwardly affectionate with each other, and you could play that in a realistic way. You could just watch them sigh and get back in their car, but I don’t know if that would really convey the emotions they’re feeling. And instead, we depart from reality and go inside his head. There, you really get to see how he’s feeling by seeing them sing and dance across the rooftop of his childhood home, and I think that communicates the feelings in a much stronger way for the audience.

The first two episodes of Mr. Corman are now streaming on Apple TV+, with the remaining eight episodes to be released every Friday. 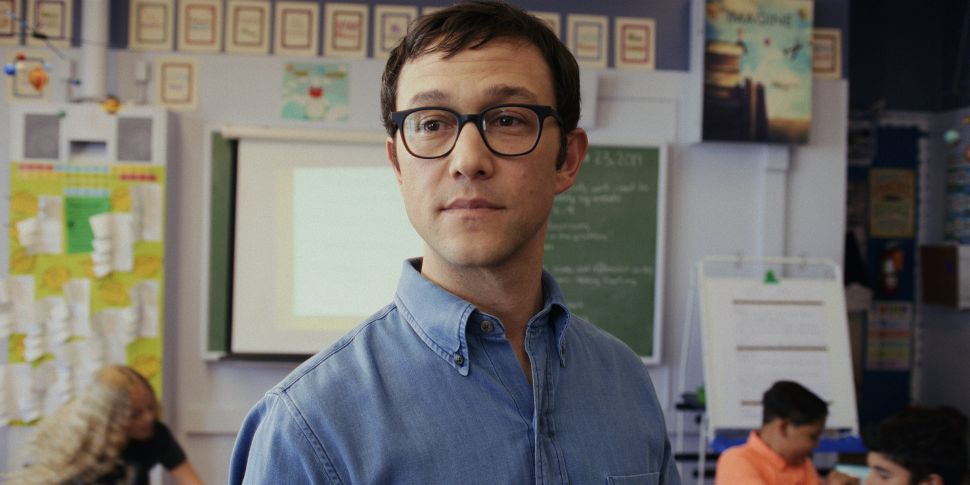