Two-time Tony nominee Laura Osnes has allegedly been fired from an upcoming show for her refusal to get vaccinated. Cast in a one-night production of the musical Crazy For You at the East Hampton Guild Hall, she was let go after she revealed her unvaccinated status to her co-star, Tony Yazbeck, who was concerned for the health of his two children.

Artistic director Josh Gladstone told Page Six “‘We have a requirement now along the lines of what Actors’ Equity is requiring, and what Broadway is requiring, for performances.” As of July, the Broadway League and Actors’ Equity now require all Broadway production cast and crew to be fully vaccinated. The rules apply to any sit-down Equity show across the country, although those with either a disability or a religious objection can request an accommodation. A representative from the Guild Hall of East Hampton told Page Six, “The policy of Guild Hall is that performers have the option to provide proof of full vaccination or a recent negative COVID test result.”

35-year-old Osnes grew famous after appearing in the TV talent competition, Grease, You’re the One That I Want! in 2007. The reality show competition, from the producers of Dancing with the Stars, had actors compete against each other for the roles of “Sandy” and “Danny” in a new Broadway production of Grease. Osnes, who comes from a small town outside of Saint Paul, Minnesota and identifies as a conservative Christian, was known as “small town Sandy” on the talent show. As the show’s winner, she went on to perform as “Sandy” on Broadway alongside fellow competition winner Max Crumm as “Danny.” The Broadway production, produced and directed by Kathleen Marshall, was a hit and went on to 554 productions. Osnes performed as “Sandy” through July of 2008.

Osnes, who was only twenty when she won the competition, has expressed real life affinity with “Sandy,” the goody-two-shoes Pink Lady ingenue character in Grease. She told the Twin Cities Pioneer Press in 2007, “I’m so much like Sandy in real life.” She is outspoken in interviews about her religious faith and wholesome lifestyle. When she was only twenty-one, she married Nathan Johnson, whom she had met two years before while they were both performing in the Minneapolis Children’s Theatre Company production of Aladdin.

White evangelical Christians are one among many religious groups in the United States who are hesitant to get the vaccine. (According to an interview in Stagedoor Dish! from 2016, Osnes attended the C3 Church in Manhattan, a global “charismatic” evangelical church.) Osnes allegedly has not been vaccinated because she does not trust the vaccine.

According to Newsweek, the Guild Hall of East Hampton has so far not given a reason for the actress’s exit. The show will go forward on August 29th with The Little Mermaid star Sierra Boggess. 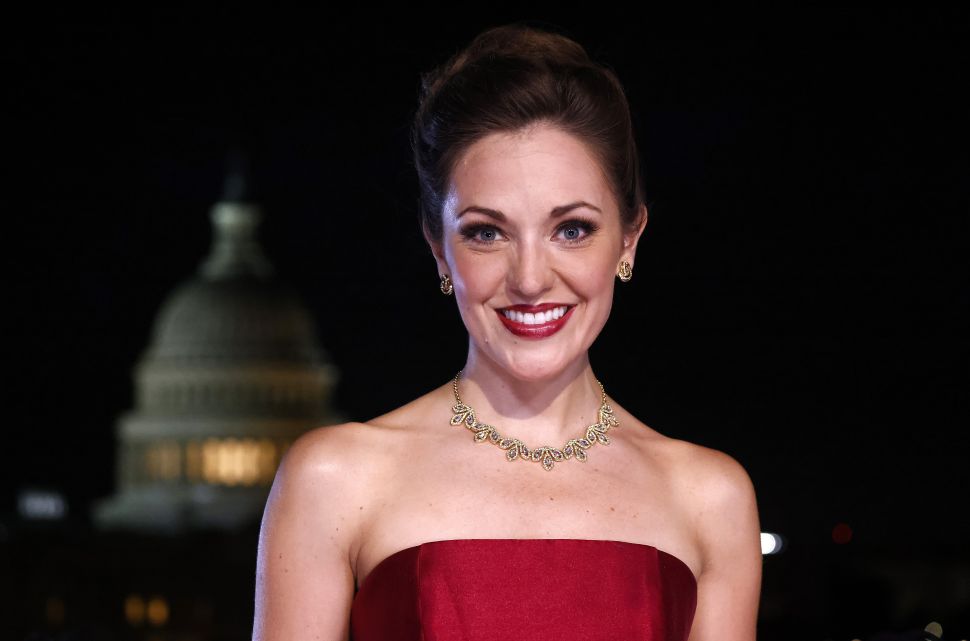