On Monday, Reese Witherspoon sold Hello Sunshine, the production company behind HBO’s Big Little Lies and Apple TV+’s The Morning Show, for a whopping $900 million to a yet-to-be-named company backed by Blackstone Group and overseen by former senior Disney executives Kevin Mayer and Tom Staggs. The mammoth deal serves as the exclamation point to Witherspoon’s transition from actress to creator. More importantly, it serves as yet another potential leak in the floodgates of Hollywood’s continued consolidation.

Indie film and TV studio A24 ($3 billion) and LeBron James’ production company SpringHill Entertainment ($750 million) are reportedly seeking big dollars on the open market. Meanwhile, Godzilla vs. Kong and Dune producer Legendary Entertainment, John Wick home Lionsgate, and Ron Howard’s Imagine Entertainment are also said to be positioning themselves for a future sale. All of this comes on the heels of Amazon’s $8.45 billion acquisition of MGM and news that AT&T is spinning off WarnerMedia to form a new company with Discovery Inc. To quote the immortal words of Wayne’s World, it’s “Game On” in Hollywood’s rabid race to grow bigger and stronger.

Amid this Hungry, Hungry Hippos-style feeding frenzy, it’s worthwhile to better understand what’s currently driving the market of merger and acquisition, how these inflated price points are being reached, and what it all means for the entertainment industry.

Why are so many studios and production companies selling?

Despite the fact that the streaming industry is more diverse and robust than ever with several major and minor players all succeeding concurrently, competition still exists. The so-called streaming wars are fluid, but winners and losers will eventually emerge. That’s what this current flurry of activity is all about.

“All of these sellers are content producers,” Steve Birenberg, founder of Northlake Capital Management, told Observer. “All the streaming services need and want more content to differentiate their service. Scale seems to be important for success on a global basis but also probably on a country by country basis.”

Bigger studios are looking for pipelines of steady content and mass production chops, and these companies can help provide that to a degree. Historically, even studios that own their own intellectual property have sold to outside organizations. Juicy third-party licensing revenue has long been a key element of the Hollywood roller coaster. But with the advent of streaming, production, distribution, and ownership has shifted to bolstering in-house services. Most major studios are operating on a plug-and-play model to keep fresh content flowing. By the same token, snatching up a major production company also reduces competition because that company can no longer shop its titles around to competitors.

How to determine an acquisition price?

Around the industry, there’s a chorus of agreement that recent sale prices far outstrip what the respective companies are actually worth.

The way an acquisition is supposed to work is that purchase price is the present value of all projected future cash flows. That means that the folks at the investment banks have to sit down and try to figure out how much cash is going to be generated by these library pieces of content and future content made by the production company or studio. Then, you spread this cash over time when it actually will be paid out and then you discount it by some interest rate. After that, you add this all up and you get present value of projected future cash flow which is intended to be the price point.

How will success be defined?

Much like the nebulous world of streaming viewership ratings, we’re still unclear what constitutes a surefire success. Major streaming services not named Netflix, such as Disney+ and HBO Max, are growing steadily but aren’t projected to reach profitability until 2024 at the earliest. Does that make them winners or losers?

“It is not clear how success will be defined in streaming, at least over the next few years.”

“It is not clear how success will be defined in streaming, at least over the next few years,” Birenberg said. “Is it subscriber counts? Financial performance? Netflix stock has stalled as sub counts have slowed even though financial performance has been excellent and really big free cash flow could be modeled in a few years. For now, more content is the name of the game and that is driving the acquisition frenzy.”

There’s currently a lot of power in the hands of any potential acquirers, especially cash-rich acquirers like Apple. If Apple makes an offer to one of these companies and that company counters in a way that’s not optimal, Apple can easily walk away and find another banner to acquire. The thinking goes that the pool of companies to acquire is so deep at the moment, it may be slightly harder to get the optimal price. Yet despite the significant supply, demand is still fervent, making it a ripe market for sellers. Striking while the iron is hot has never been so prevalent.

“I have to imagine this is the peak in the valuation or we might even be past the peak of valuation,” David Offenberg, Associate Professor of Entertainment Finance in LMU’s College of Business Administration, told Observer. “Every company believes that when consolidation happens, they’re going to be one of the winners. But it’s impossible for every company to come out of consolidation as winners. In aggregate, valuation has probably peaked. If you’re not selling now, you probably missed your peak sale price.”

“With regards to entertainment, M&A in this subsector has been heating up to accommodate shifting consumer behaviors, including importantly an increase in media streaming brought on by the pandemic.”

Ideally, you “want a company that has ownership of their IP,” Offenberg notes. But that’s not always the case for production companies. “The value of something like LeBron James’ company is not in the library, it’s in the name. James, Reese, Spielberg’s Amblin, Pitt’s Plan B. You can structure an acquisition to have key people stay on and incentivize them to keep performing. There can be a bonus structure tied into the acquisition contract. X + Y might equal $1 billion even though they may not be getting $1 billion today,” he explained.

Hello Sunshine only owns a couple shows. Traditionally, it’s been more cost effective to partner with production companies through overall and first look deals, particularly with talent with somewhat established pedigrees of making quality content. The costs and risks are lower when you’re licensing from production companies by paying out something of a flat fee rather than the production company financing and participating in the upside. You don’t necessarily need to acquire a production company if you’re a studio, though as mentioned above it helps to set up a pipeline of steady content. These big bang sales with inflated price points will make it difficult to achieve a return on investment. But an avalanche doesn’t care what’s in its way.

“With regards to entertainment, M&A in this subsector has been heating up to accommodate shifting consumer behaviors, including importantly an increase in media streaming brought on by the pandemic,” Mark Williams, Datasite Americas Chief Revenue Officer, told Observer. “This in turn is creating more competition from and consolidation of players, as companies work to feed the streaming beast, not just for consumption on television or at the movies, but also for video games and podcasts, too.”

Further consolidation is expected. It might not happen quite as quickly as the industry expects with big studios cash strapped as a result of COVID. But we’ve just seen one wave crest with Hello Sunshine and much like the planet from Interstellar, there are potential tsunamis on the horizon. 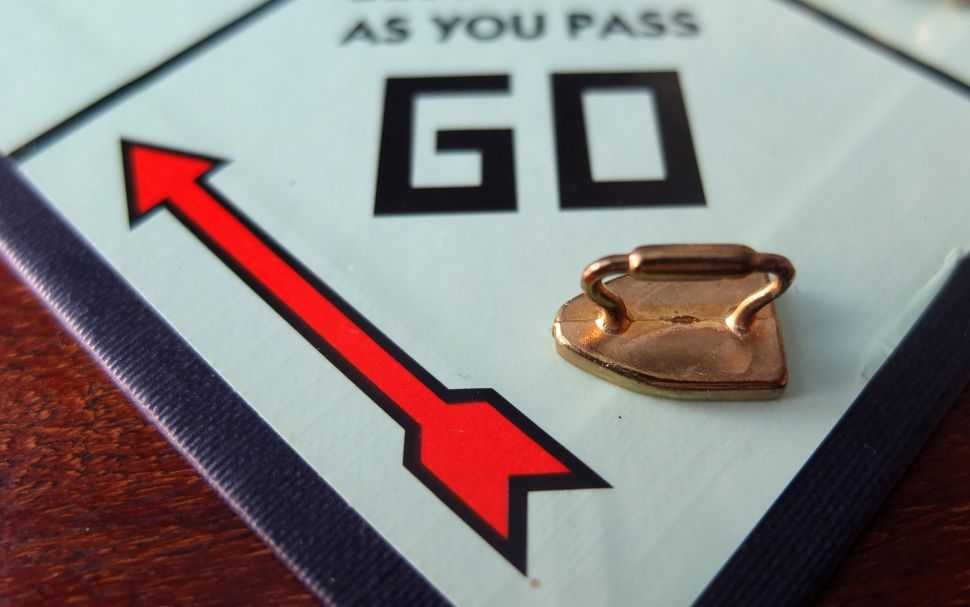