The 2021 movie release schedule is dotted with oft-delayed blockbusters forced to flee the barren wasteland of 2020 due to COVID. Even though a handful of tentpole features are finally seeing the light of day, they are arriving in a vastly different cinematic world than when they were originally meant to debut.

Paramount’s A Quiet Place Part II stayed in theaters for 45 days before being made available on ViacomCBS’ streaming service Paramount+. Disney’s live-action Cruella opened in both available movie theaters and Disney+ Premier Access for an additional $30, as did Marvel’s Black Widow and Dwayne Johnson’s Jungle Cruise. F9, the latest entry in the sprawling Fast & Furious franchise, received an exclusive five-week theatrical rollout before being made available on VOD. Meanwhile, Warner Bros. has continued to open its 2021 film slate in both theaters and on HBO Max for The Conjuring: The Devil Made Me Do It and In the Heights.

But how have all these altered releases impacted audience viewing behavior? Whip Media’s TV Time looked at data on how many people reported they saw summer blockbuster movies in the theater versus expressing interest to do so.

Now that the film industry has segmented even further with shortened windows and hybrid releases, we can begin to see consumer intent diverge from consumer behavior. F9, which enjoyed a five-week exclusive theatrical run, emerged as a beneficiary: 63% of intended viewers expressed a desire to watch the film in theaters and 80% of viewers reported seeing F9 this way. The film is currently the highest-grossing movie of the pandemic with more than $661 million worldwide.

On the other hand, Black Widow, which received a hybrid PVOD release (much to Scarlett Johansson’s dismay) felt the sting of the new normal. The Marvel movie initially had the greatest percentage of intended viewers (68%) who expressed interest in theatrical viewing, per TV Time’s survey. Yet just 59% of respondents reported seeing the film on the big screen. Though its the highest-grossing domestic feature of the pandemic with nearly $175 million, it’s on pace to be one of the lowest-grossing MCU features ever in ticket sales.

This equation is not uniform and is subject to the rapidly evolving public health and safety conditions. But it’s also no surprise to see such variance between films with such vastly different scope and scale such as The Conjuring: The Devil Made Me Do It and In the Heights versus a $200 million blockbuster.

The column on the far right is based on a survey (n=1904) of U.S. users of TV Time fielded April 28-29, 2021. The percent indicates those who stated preference to watch the forthcoming title in a theater (versus at home) among intended viewers. The middle column is a U.S. balanced percentage of users (in TV Time) who indicated they watched the title in a theater among total viewers of the title. The viewership was measured from a title’s respective release date through August 3, 2021. 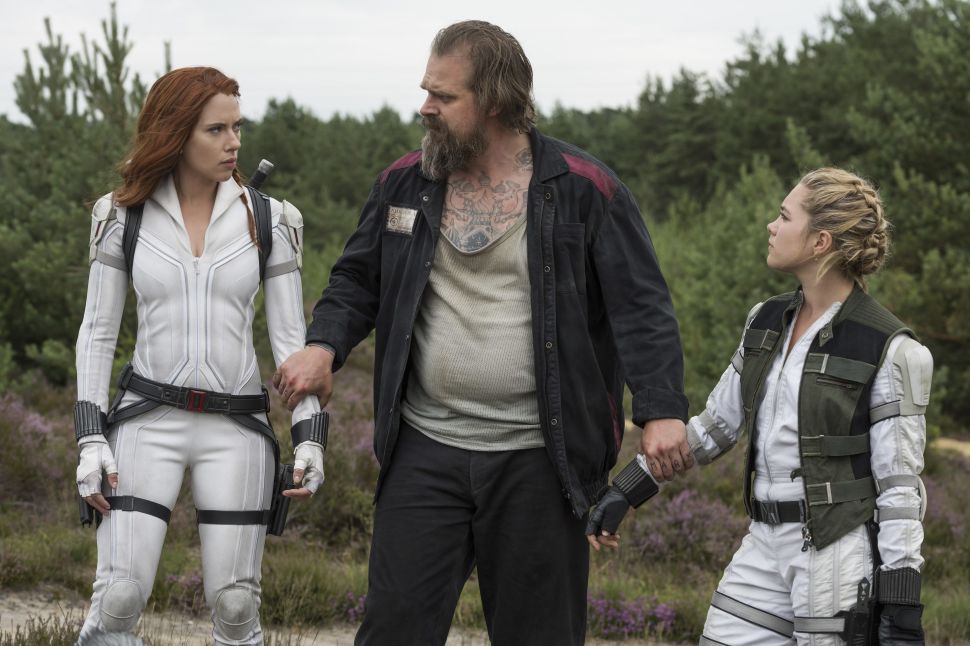