Hell hath no fury like a Hollywood executive scorned.

Back in 2015, Marvel Studos head honcho Kevin Feige threatened to leave Marvel over increasing tensions between himself and former Marvel Entertainment CEO Ike Perlmutter. To smooth the situation over, then-CEO Bob Iger restructured the hierarchy so that Feige reported directly to him. Crisis averted. But Hollywood is a constantly swirling storm where the seas rarely stay calm for long.

In a recent What I’m Hearing…newsletter from former The Hollywood Reporter editor Matthew Belloni, it was reported that Feige pushed for Disney to keep Black Widow as an exclusive theatrical release to avoid alienating Scarlett Johansson. Obviously, that didn’t happen. Johansson is now suing Disney and the Mouse House is lambasting her in the press, drawing the ire of Women in Film, ReFrame and Time’s Up in the process.

“[Feige is] a company man, and not prone to corporate showdowns or shouting matches. But I’m told he’s angry and embarrassed,” Belloni reports. “He lobbied Disney against the day-and-date plan for Black Widow, preferring the big screen exclusivity and not wanting to upset his talent.”

“It would be like Thanos snapping his fingers and having half of Disney’s riches immediately disappear.”

The Marvel Cinematic Universe is the single-most consistently successful creation in Hollywood history. There’s little chance Feige will leave the empire he built, particularly after being given control of its entire on-screen existence. But much like the MCU’s upcoming animated series What If…, which explores alternate timelines, it’s fair to wonder what would happen if Feige ever did vacate his throne.

Hollywood disputes are nothing new

Highly publicized battles between artisans and their patrons has become an age old inevitability in Hollywood. Anytime you have a creative who is relying on others to supply the financial and marketing resources, you’re bound to experience a certain level of occasional friction. But you can also see how these relationships become so fruitful. When all dynamics are working in sync, there’s no better formula, particularly when the creative side is left to their own devices after developing a track record of success.

“There’s always issues between those that are on the creative side of the ledger and those that are on the financial side,” Paul Dergarabedian, senior media analyst at Comscore, told Observer. “Any studio has to weigh the cost-benefit of working with any talent or creative studio head. However, in this case with Feige, he’s so attached to the brand and baked into Marvel’s DNA.”

“Any studio has to weigh the cost-benefit of working with any talent or creative studio head. However, in this case with Feige, he’s so attached to the brand and baked into Marvel’s DNA.”

It’s impossible to argue against the MCU’s track record with nearly $23 billion at the worldwide box office and a burgeoning small screen kingdom on Disney+.

At the moment, Hollywood’s entire infrastructure and standard operating procedure is in flux. The pandemic has upended the traditional business model and expedited distribution shifts. Uncertainty lurks around every frame of footage, every sticky-floored movie theater corner, and every vague platitude about mysterious streaming viewership. With so much instability weighing down on the industry, every studio who has a mega-successful creative wants to keep them happy and in the fold.

What if Feige left…

If Feige were to depart Marvel Studios, there would be immediate financial fallout for parent company Disney and skepticism as to the future stature of the MCU franchise.

“If Kevin Feige left the Marvel empire, it would be like Thanos snapping his fingers and having half of Disney’s riches immediately disappear. I believe he’s that integral,” Jeff Bock, Senior Box Office Analyst at Exhibitor Relations, told Observer.

Marvel utilizes a deeply entrenched producer-driven model that keeps this sprawling multi-media shared cinematic universe flowing as a successful tornado of organized chaos. Replacing the stewardship of such a leviathan is possible, but not without immense difficulty and a few raised eyebrows at key nexus points of the Hollywood business industrial complex.

“Phase 4 of the MCU is just getting started…”

“Disney shares would clearly suffer if Feige left,” Steve Birenberg, founder of Northlake Capital Management, told Observer. “Beyond the loss of the most important executive in what is arguably the company’s most important IP, the timing would be poor as Phase 4 of the MCU is just getting started and leaves behind some sure winners for new characters and stories. I suspect another executive could lead Marvel and still produce lots of good films and TV shows but Wall Street would see a new and significant uncertainty and mark down Disney shares.”

As Entertainment Strategy Guy recently noted, media stock has moved away from bottom line success and toward future growth potential. Removing Feige, the engine that powers the MCU’s current and future success, would likely make investors skittish. That’s bad for business and the trickle down effect of depressed share price would impact other arms of the company.

Every studio or parent company wants creatives under their umbrella that are guaranteed moneymakers. Now that the apple cart has been upset in the pandemic, with Hollywood’s standard business practices changing constantly, there’s going to be a lot of reevaluating across the industry. It’s going to be an evolving scenario for any creative who is unhappy with their current situation.

“Anyone of that caliber—not just producers or showrunners—they’re empire-runners that encompass many screens and the physical world,” Dergarabedian said. “The sky is really the limit of what I would consider to be the top tier of successful creatives on the market. Feige is a universe onto himself.“

“You know DC/WB would be the next obvious landing place, and Disney does not want to give their competition the keys to their magic kingdom.”

There’s pros and cons to hitting the open market. On one hand, a splashy free agent is often the bright and shiny object that every studio fawns over. You can earn a lot more money when demand is high and there’s only one of you in supply. But things can quickly go haywire at a new company and there’s risks involved. Black-ish creator exited his nine-figure deal with Netflix halfway through because he didn’t want to make the “down the middle” content he claims the streamer asked of him. “Netflix became CBS,” he said. Ouch.

“Plus, you know DC/WB would be the next obvious landing place, and Disney does not want to give their competition the keys to their magic kingdom,” Bock said. “His free agency would probably be the largest on record. So, for that reason alone, I suspect cooler heads will prevail and this will all be swept under the rug very soon.” 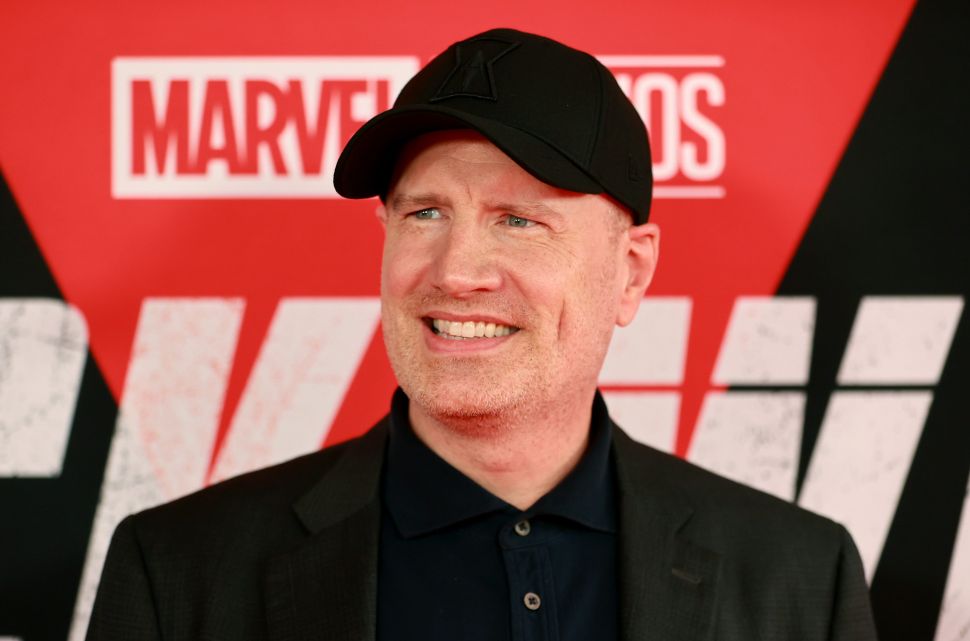