It’s been five months since Prince Harry and Meghan Markle’s bombshell interview with Oprah Winfrey aired, and the Sussexes have no regrets. After having spent the previous two years having to keep quiet publicly on so many different issues, Duchess Meghan found the interview “cathartic,” according to the new epilogue in royal biography Finding Freedom.

The Independent obtained a copy of the epilogue from the soon-to-be-released paperback version of Omid Scobie and Carolyn Durand’s biography of the Duke and Duchess of Sussex, and according to the royal experts, Meghan was relieved to finally be able to share all the things she had “kept to herself or been too afraid to say” while she was working member of the royal family. After Prince Harry and Meghan stepped away from their senior royal roles and relocated to California with their son, Archie (and now their baby daughter, Lili), the Duchess of Sussex “felt safe to finally share.”

During the interview, Meghan bravely revealed that she had experienced suicidal thoughts during her pregnancy with Archie, and that she wasn’t given any help by the Palace after expressing her concerns. The Sussexes also told Oprah that during Meghan’s pregnancy with Archie, there had been conversations between Prince Harry and members of his family over how dark their child’s skin would be.

While Duchess Meghan found the interview cathartic, it wasn’t received quite as well by members of the royal family across the pond. The royals responded to the allegations with a short statement that included the now-infamous phrase, “Recollections may vary,” and while they avoided speaking about the interview in public, Prince William was reportedly rather angry by the claims, and he was especially upset that his wife was brought up, when Meghan clarified that despite a tabloid story that she made Kate Middleton cry, it was actually the other way around.

Days after the interview aired, the Duke of Cambridge responded to a reporter’s question of “Is the royal family a racist family, sir?” and said, “We’re very much not a racist family.” Prince William hasn’t commented on the interview in the time since, but according to the new Finding Freedom epilogue, he was “furious” that “private family matters were being discussed in the public domain.”

The Sussexes are now reportedly on much better terms with the Cambridges and the rest of the royal family. Duchess Meghan and Duchess Kate have apparently been working on their own relationship, and their husbands have also started to reconcile. According to Us Weekly, the two couples are speaking often and have been talking on Zoom, and are now “very closer with one another.”

The paperback edition of Finding Freedom will be released on August 31, but if you’d prefer to hear directly from the Sussexes, then you’re in luck, since Prince Harry is currently hard at work on his own memoir, which is set to come out late next year. 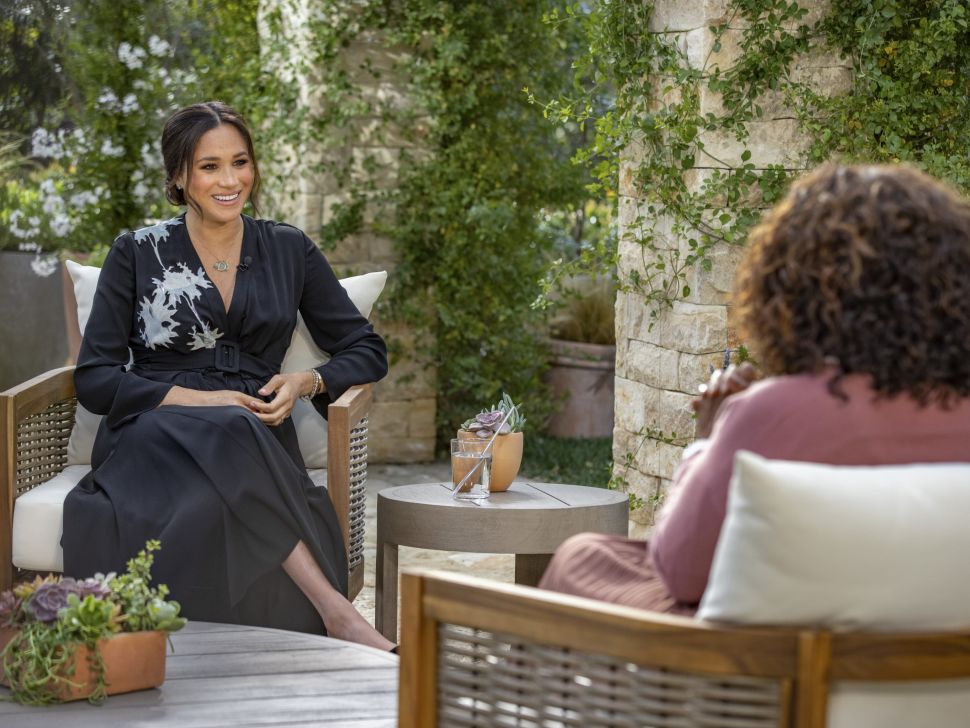