While Meghan Markle and Kate Middleton didn’t immediately become the best of friends the moment after they met, the two have been working on their relationship over the past few months. The two Duchesses are now reportedly closer than ever, and Meghan even wants to work with her sister-in-law on a special project.

Prince Harry and Meghan, who now live in Montecito, signed a major, multi-year deal with Netflix in September last year, after stepping down from their senior royal roles. Duchess Meghan is already hard at work creating an animated children’s series inspired by influential women for the streaming giant, and now she’s reached out to Duchess Kate about collaborating on another project.

Meghan has been talking to Kate about potentially working together on a project for Netflix, which would focus on the Duchess Of Cambridge’s life as a royal, reports Us Weekly. The documentary would “spotlight Kate’s charity work and the huge impact she’s made with her philanthropy.”

The royals are notoriously private when it comes to giving any kind of an inside look at their lives, and interviews with the family are incredibly rare. While Kate usually sticks to a more “standard route” when it comes to showcasing her duties and work, she still considered her sister-in-law’s offer. Duchess Kate is “very flattered, and it’s all positive between them,” a source told the outlet.

Even if the Duchess of Cambridge opts not to participate in the doc, it still shows how much closer the two have become over the past few months. Duchess Meghan and Duchess Kate were on rather chilly terms for a while, and during the Sussexes’ interview with Oprah Winfrey, Meghan said there had been an incident during which Kate made her cry, though they moved past it. The two Duchesses’ relationship became even more distant due to Prince Harry and Prince William’s well-documented feud, as the two women reportedly didn’t speak for over a year, but as the brothers have begun to reconcile, their wives have as well.

The newest addition to the Sussex family seems to have helped ease tensions, as Duchess Kate has reportedly been sending Duchess Meghan notes and gifts since Lili’s birth in June, and both Duchesses want to work on their relationship for the “sake of their family,” per Us Weekly.

While Prince Harry has reunited with his family twice since he and Meghan moved to the U.S., the Duchess of Sussex hasn’t returned to the U.K. in over a year, largely due to the coronavirus pandemic. The Sussexes might be making a trip back to London, where they could see Prince William and Duchess Kate, in the very near future, though, as they’re reportedly thinking about traveling to the U.K. for a ceremony honoring the late Princess Diana next month. 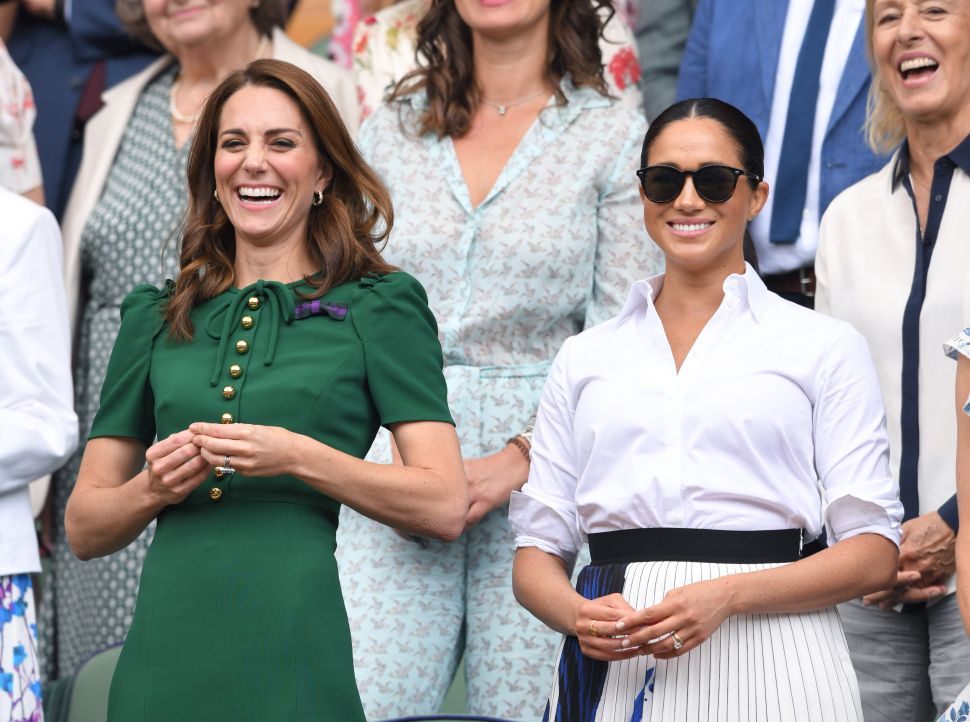