After a more than one-year hiatus, the Met Gala, also known as quite possibly the biggest night in fashion, is returning next month. While there will still be plenty of famous faces and dramatic fashion moments, this year’s Met Gala will be a bit different from past iterations.

In May, it was confirmed that Timothée Chalamet, Naomi Osaka, Billie Eilish and Amanda Gorman are co-chairs of this year’s Met Gala, with Anna Wintour serving as honorary chair, along with Tom Ford and Adam Mosseri.

This year’s theme is all about American fashion, and will actually include a two-part exhibit; the first is “In America: A Lexicon of Fashion,” which opens in the Anna Wintour Costume Center at the Met on September 18, 2021, and the second is “In America: An Anthology of Fashion,” which opens on May 5, 2022 in the period rooms of the American Wing. Both of the fashion-inspired shows will remain open through September 5, 2022.

While the A-list attendees will surely show up in their most fashionable (and oft over-the-top) sartorial best, they’ll need to sport an important accessory once they enter the Met, as this year, guests are required to wear masks indoors, unless when eating or drinking. Along with the mandated dress code, all invitees also must provide proof of full vaccination.

Speaking of food, the cuisine will be different this year, too, as for the first time ever, the Met Gala menu will feature an entirely sustainable, plant-based menu, with vegan dishes prepared by 10 New York-based chefs.

Now, onto who will actually be attending the glamorous bash. The guest list, presided over by Vogue editor-in-chief Anna Wintour, is kept top-secret prior to the actual event. While the Met Gala is always one of the most coveted (and elusive) invites of the year, it’ll be even harder to score an invitation for the upcoming fête, as the 2021 Costume Institute Gala will reportedly be much smaller than in the past, due to the coronavirus pandemic.

Even though it’ll be a more intimate and exclusive affair this year, there will still be an array of big-name celebrities donning their finest American-inspired ensembles. According to Page Six, the guest list has started to come together, and the outlet reports that Jennifer Lopez, newly-minuted billionaire Rihanna, Emily Ratajkowski, Lupita Nyong’o and Camila Cabello are among the select few to make the cut. And no, there’s no confirmation on if J.Lo and Ben Affleck will make their Bennifer 2.0 red carpet debut at this year’s Met Gala, but here’s hoping! 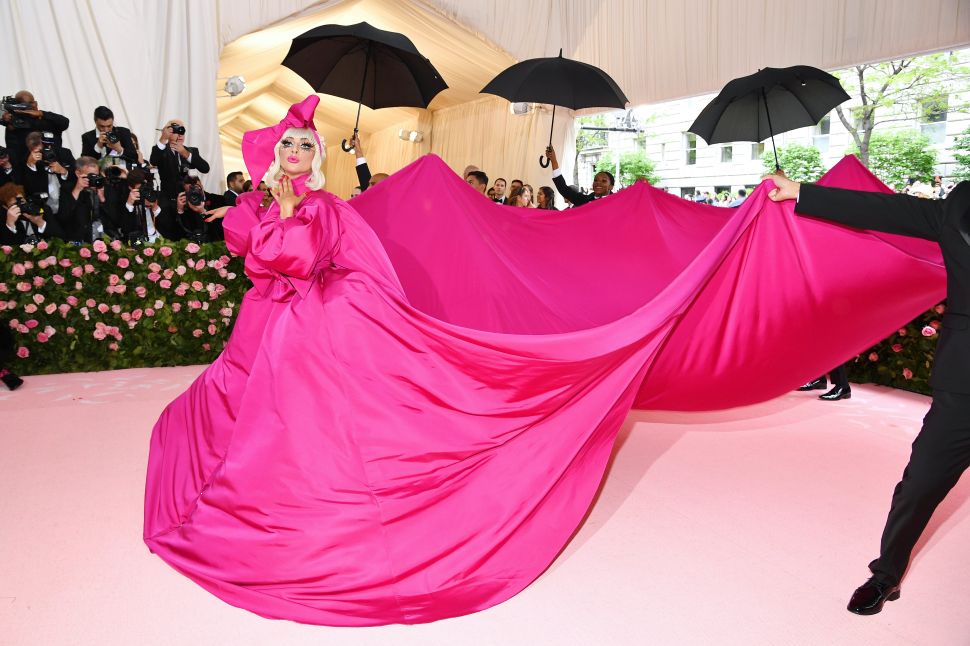