Turns out not all mRNA-based COVID-19 vaccines are equally effective against the constantly mutating coronavirus. New real-world data suggests that Moderna’s mRNA-1273 vaccine may be more effective than the Pfizer-BioNTech shot against the Delta variant that’s been ravaging the world lately.

According to a study pre-print published on medRxiv on Sunday, first reported by the New York Post, the Pfizer-BioNTech vaccine’s overall effectiveness against COVID-19 dropped to 42 percent in July from the 76 percent recorded in early 2021 before the Delta variant emerged. (Alpha and Beta variants were spreading in certain parts of the world at the time.) Meanwhile, the Moderna vaccine’s efficacy fell only slightly to 76 percent from 86 percent over the same period.

The report, which has yet to be peer-reviewed, studied more than 50,000 patients in the Mayo Clinic Health System, which operates hospitals in Minnesota, Iowa and Wisconsin.

The Delta variant has been present for only a few months, and its pattern suggests that infections rise and decline rapidly, making it hard to study its behavior in a particular region. Real-world data collected so far have produced varying findings on FDA-authorized vaccines’ effectiveness on the dangerous strain.

An Israeli study last month based on data from June and July showed that the Pfizer-BioNTech vaccine was just 39 percent effective in preventing symptomatic infections caused by the Delta variant. (It didn’t have data on Moderna.)

A separate study from Canada around the same time found that one dose of the Pfizer-BioNTech vaccine was 56 percent effective against the Delta variant, while Moderna was 72 percent protective.

Both vaccines reported 95 percent efficacy rates against the original strain of COVID-19 during clinical trials.

Setting overall effectiveness aside, both the Moderna and Pfizer-BioNTech vaccines remain highly preventive in terms of hospitalization and death caused by COVID-19, said Dr. Venky Soundararajan, who led the Mayo Clinic study.

Soudararajan said a Moderna booster shot may be necessary soon for those who received either mRNA vaccine earlier this year.

The Delta variant is responsible for the latest wave of coronavirus infections across the world. In the U.S., Delta now accounts for 93 percent of new cases, according to the Centers for Disease Control and Prevention. 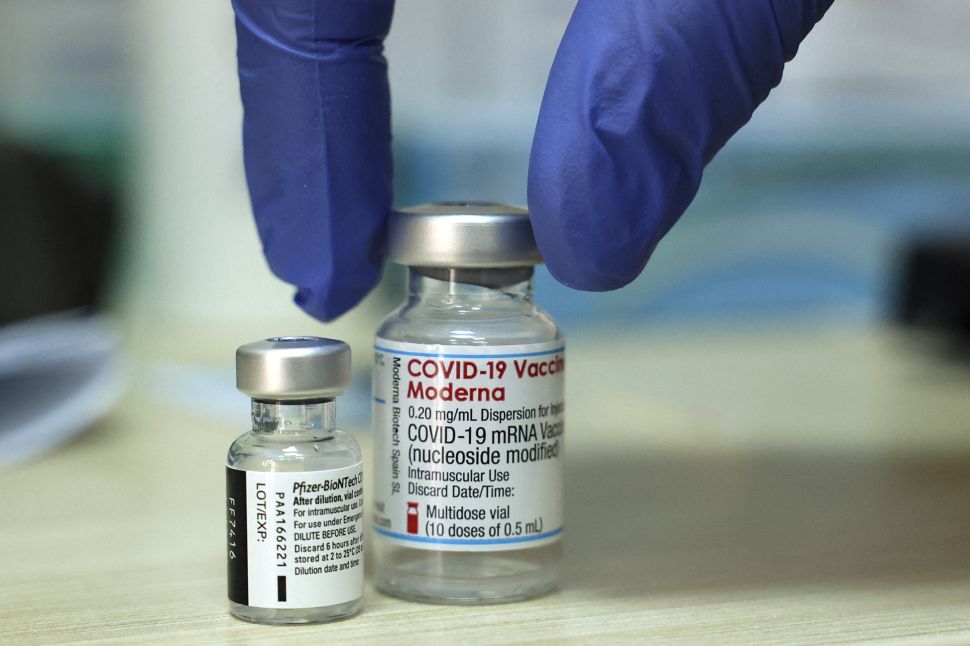