At first blush, Mrs. March by Virginia Feito joins the myriad books that hide their women protagonists behind their husbands (The Time Traveller’s Wife, The Zookeeper’s Wife, My Husband’s Wife etc.) or anonymize them as part of the girl/woman trend, as with Gone Girl, The Girl on the Train and other crime novels. But Mrs. March is painfully aware of these tropes and leans into them so far as to subvert them.

Feito’s debut novel follows the wife of famous crime novelist George March who begins to suspect that the unlikeable woman protagonist—another literary trend—at the center of her husband’s latest work is based on her. The early parts of this book give strong The Wife by Meg Wolitzer vibes, skewering the stereotype of the brilliant male intellectual who is having an affair with his student (which is how the Marches themselves met) and is propped up by his long-suffering wife. Rather than being a docile muse, though, the character she allegedly inspires is that of a paradoxical “unfuckable” sex worker.

“I did find myself gradually growing to dislike her, detest her even…” George says in a television interview. “I think she’s very real,” he adds in a meta way, which is what makes her compelling to readers of George’s book and, indeed, Mrs. March. George and the host then go on to discuss which actresses would be “willing to ugly themselves up for this part.” Funnily enough, Elisabeth Moss, who has made a career of “uglying herself up” whether physically or, more so, character-wise to play traumatized women, optioned Mrs. March for Blumhouse a year before its print publication.

There’s even a passage that describes Mrs March’s middle aged, child-bearing body in such a tone deaf way that recalls the objectifying way male authors—I’m looking at you A.J. Finn, the pen name for the controversial author of The Woman in the Window who the hosts of the podcast Unlikeable Female Characters delight in dragging for his clinical description of his heroine’s body—write about women’s bodies and sex. She revels in her expanding body and appetite, eating in bed and leaving wine stains and kitchen utensils by her bedside which attract insects, a recurring motif which feature on the UK and Australian covers.

What we can trust is her dissatisfaction with housewifery, a role that she’s not even permitted to undertake herself as the Marches employ a maid. Mrs. March joins a recent spate of novels that position domesticity, traditional femininity, motherhood and marriage as a zero sum game for women. The title character is so unfulfilled by her Upper East Side existence that she starts believing that not not only is George an adulterer but also the murderer of a young woman who’s gone missing in Maine near where George goes hunting. By initially setting up Mrs. March as a domestic thriller that comments on the relegation of women to the home and the elevation of men’s careers and creative pursuits, the perfect foundation is laid for Mrs. March to escape all of that and fantasize—and materialize—that she’s in her own crime novel, taking the dead girl muse trope into her own hands.

While women authors have certainly made this trope their own, particularly in the last decade, it’s unclear when Mrs. March is set. There’s references to modern contrivances such as the Disney industrial complex, but also things like washing machine dials, smoking inside and calling an airline to book a flight. Mrs. March’s properness gives her existence a certain midcentury feel, or maybe that’s just because the Marches come from the kind of old money that seems so far removed from modern reality.

Feito is sure to craft Mrs. March with empathy, though, and we realize her dissociation from her life stems from being raped as a teen. She tells her assailant that she wants to be a writer, in addition to giving a false name; Kiki, that of her childhood imaginary friend. “It wasn’t as if she couldn’t recall what had happened that night under the fireworks, it was just that she had preferred to remember it as having happened to somebody else,” Feito writes. This ambition was inevitably killed in the aftermath of her assault. Instead of becoming a writer herself, she marries one.

That’s why it’s so much fun when Mrs. March combines these two aspects of her previous identity—an alter ego, though she ends up going by the name of George’s character, Johanna, and her desire to be a writer—on a road trip to Maine to investigate the murder she believes George has committed. It’s a nice interlude in what becomes an increasingly ominous novel.

It’s interesting that every other female character in Mrs. March is afforded a first name except our eponymous one. Drawing yet more parallels with other novels that don’t reveal this given name until the last page (Want by Lynn Steger Strong), if at all (Nightbitch by Rachel Yoder), Mrs. March also does this, though I won’t spoil it for you here. Similarly, on the last page Mrs March likens herself to another woman who was best known as the wife of a famous man who was separated from that identity in a propulsive way but, again #nospoilers. You’ll just have to pick up Feito’s masterful novel to find out just what that analogy is. 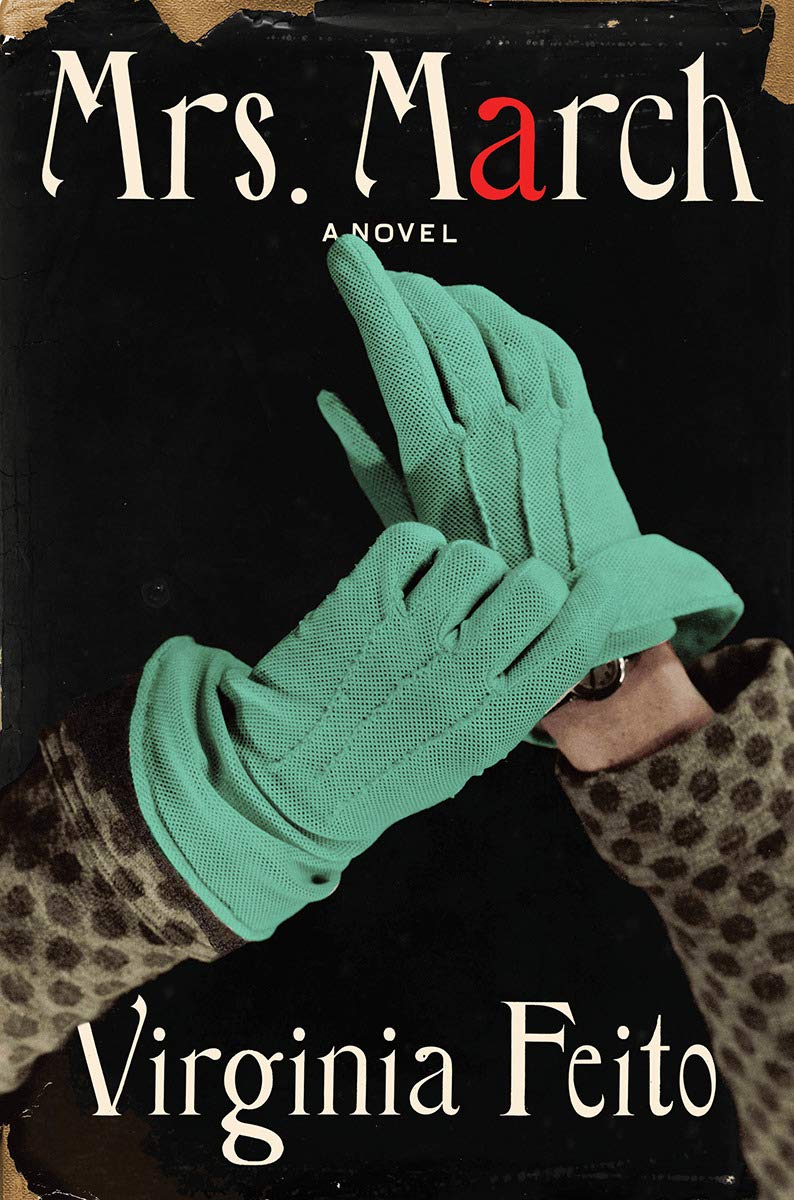