Nazi artifacts, which have recently been popping up more frequently on the auction circuit and in instances of high-stakes museum theft, are also continuously coming to light for the first time: Sebastian Yurtseven, a teacher in Germany, was recently helping to clean his aunt’s house in Hagen, Germany when he happened upon a stash of Nazi artifacts hidden behind the wall. The items that Yurtseven discovered include a portrait of Adolf Hitler, medallions and badges decorated with eagles and swastikas, gas masks, documents and a revolver. In the aftermath of the discovery, researchers have come to understand an extraordinary fact about Yurtseven’s aunt’s house.

According to new reports, researchers have concluded that the home in which the objects were discovered once existed as the headquarters of the Nationalsozialistische Volkswohlfahrt, or NSV. “The objects lay in a narrow shaft between two houses,” Andreas Korthals, an archivist at Stadtarchiv Hagen, divulged to Live Science. “They were probably disposed of in this crevice in April 1945, when American troops marched in.” It’s likely, Korthals continued, that some of the items Yurtseven found were used by Stormtroopers in clashes with communists, and that the NSV house would have contained a “memory corner” where these items would have been exalted and proudly displayed.

As aforementioned, Nazi objects have been popping up on the public sphere more recently as part of a global increase in white supremacist sentiment. In 2019,  Abdallah Chatila, a Lebanese-born Swiss real estate mogul, purchased Hitler’s top hat, a silver-plated edition of Mein Kampf and miscellaneous Nazi memorabilia at an auction in Munich with the intention of destroying the items. More recently, several Dutch museums have had Nazi items stolen from their collections in what seems to be coordinated, highly sophisticated smash-and-grab raids. The value of some of the stolen items is around $1.77 million. 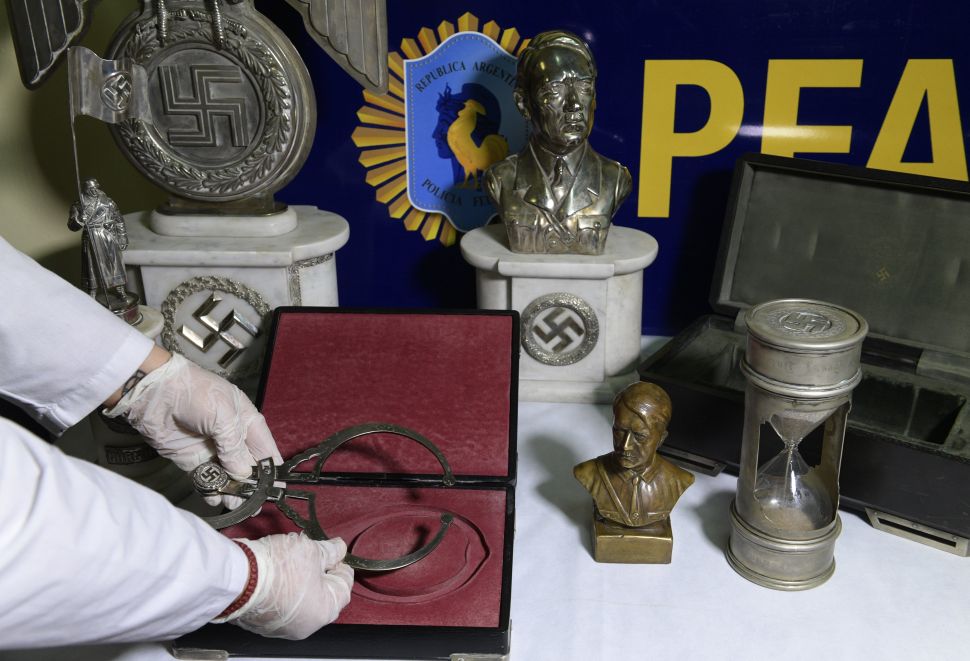