During its original nine season run on NBC between 2005-2013, The Office gradually developed into one of the highest-rated and most beloved comedies on television. Rather than gather dust on the digital shelves of Netflix following its conclusion, the sitcom enjoyed a massive pop culture resurgence as a new generations of fans binged it endlessly. The Office became one of Netflix’s most-watched shows, according to multiple reports, prompting NBCUniversal to shell out $500 million to exclusively reclaim the series for its own streaming service, Peacock. By all accounts, the sitcom has performed well enough at its new streaming home too.

It should then come as no surprise that NBCU is all in on a reboot of The Office — under one condition. Greg Daniels developed the American adaptation of The Office, which was based on the British series created by Ricky Gervais and Stephen Merchant, and NBCU wants the creator back at the helm.

Susan Rovner, NBCU’s Chairman, Entertainment Content, Television and Streaming, told Deadline that “whenever Greg Daniels wants to do one, we’re standing by” while speaking at the Edinburgh International TV festival earlier this week. This isn’t the first time the idea of a reboot has been floated. In 2019, NBCU Vice Chairman Bonnie Hammer said “It is my hope and goal that we do an Office reboot.” The company’s top executives are all on board.

But Daniels is a busy name in Hollywood these days. He’s currently executive producing Upload for Amazon Prime Video and Space Force for Netflix, both of which have received second season renewals. In January, Collider asked him if an Office reboot was in active development: “No, but it’s not impossible. It’s not impossible for sure. I would want to be involved, and I’ve got two other shows I’m working on right now.”

While Peacock’s entire catalogue, which is heavily rooted in pre-existing library content, is responsible for 8.4% of SVOD demand in the U.S., per Parrot Analytics, its roster of originals has failed to leave a significant footprint.

Peacock falls into the “other” category when it comes to audience demand for its original library, charting well below rivals Netflix, Amazon Prime Video, Disney+, Hulu, HBO Max, Apple TV+ and Paramount+. The pandemic disrupted the streamer’s production pipeline, but Brave New World was meant to be something of a flagship series at launch. It failed to score a second season renewal.

Peacock comedies such as the Saved by the Bell revival, A.P. Bio and Girls5eva are all enjoyable, but have not yet cut through the clutter. This is reflected in Peacock’s share of U.S. premium SVOD subscriptions, which stands at a lowly 3% ahead of just Apple TV+ among the major players, according to Antenna.

All of this is a long-winded way of saying that a reboot of The Office, however unoriginal and hackneyed some fans may find the idea, would be an attention-grabbing original for Peacock at a time when it needs a commercial win. We can only imagine the amount of money NBCU would be willing to throw at Daniels to make it happen. 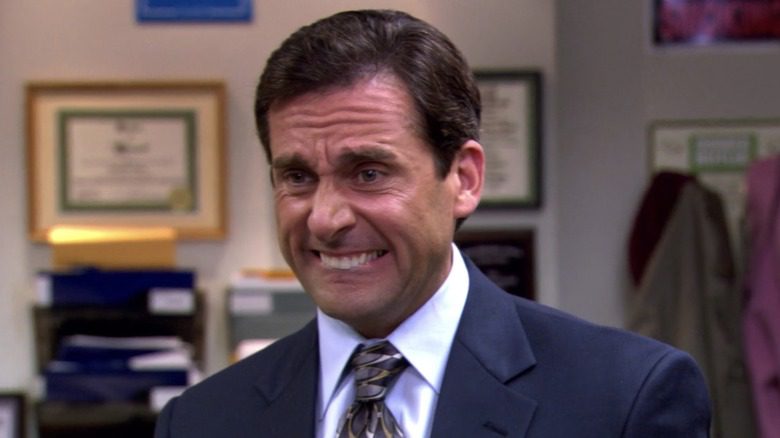