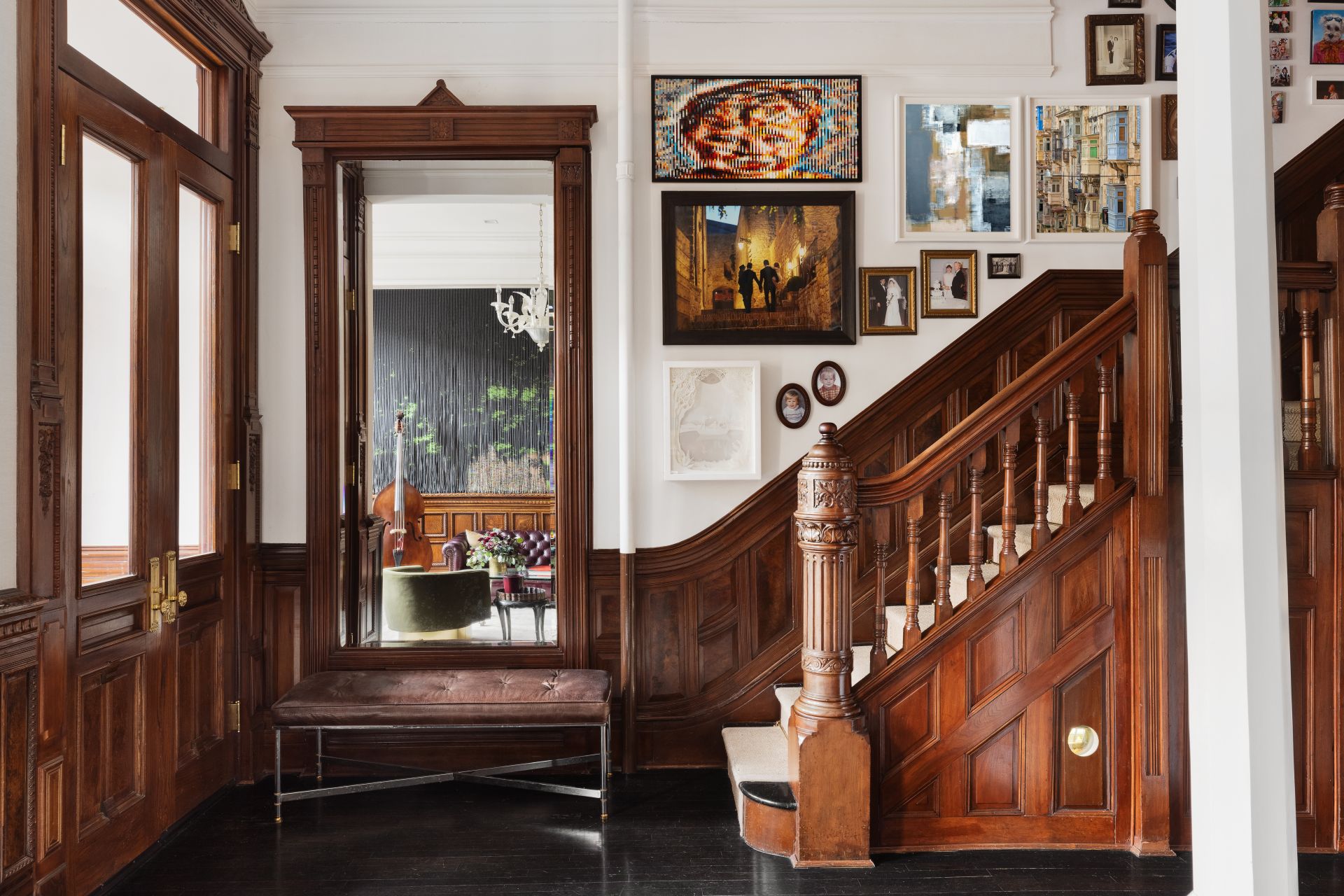 Neil Patrick Harris and David Burtka listed their eclectic Harlem townhouse for sale. Scroll through to see inside.
Courtesy Will Ellis/DDreps 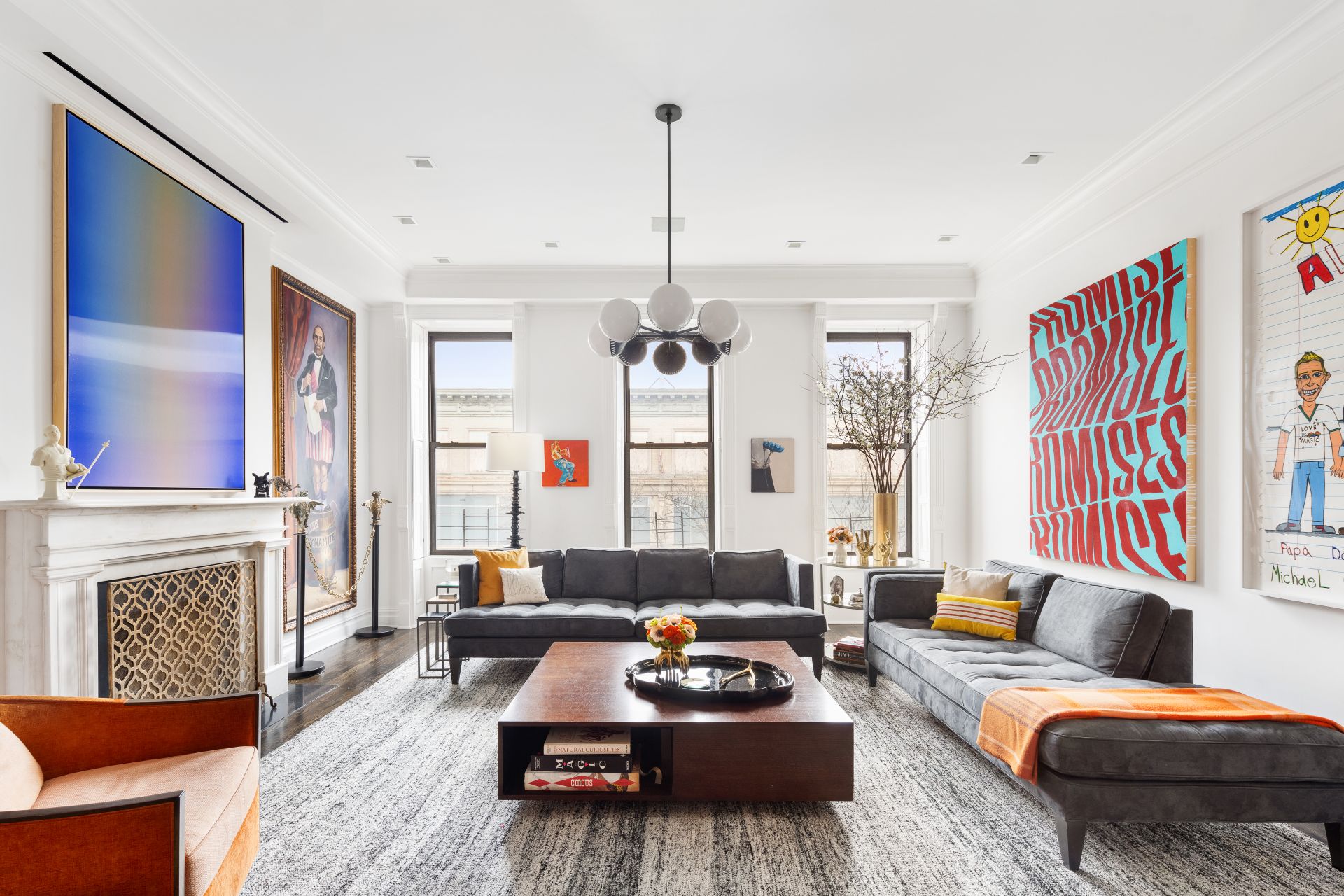 The five-bedroom home is now on the market for $7.33 million.
Morgan Halberg 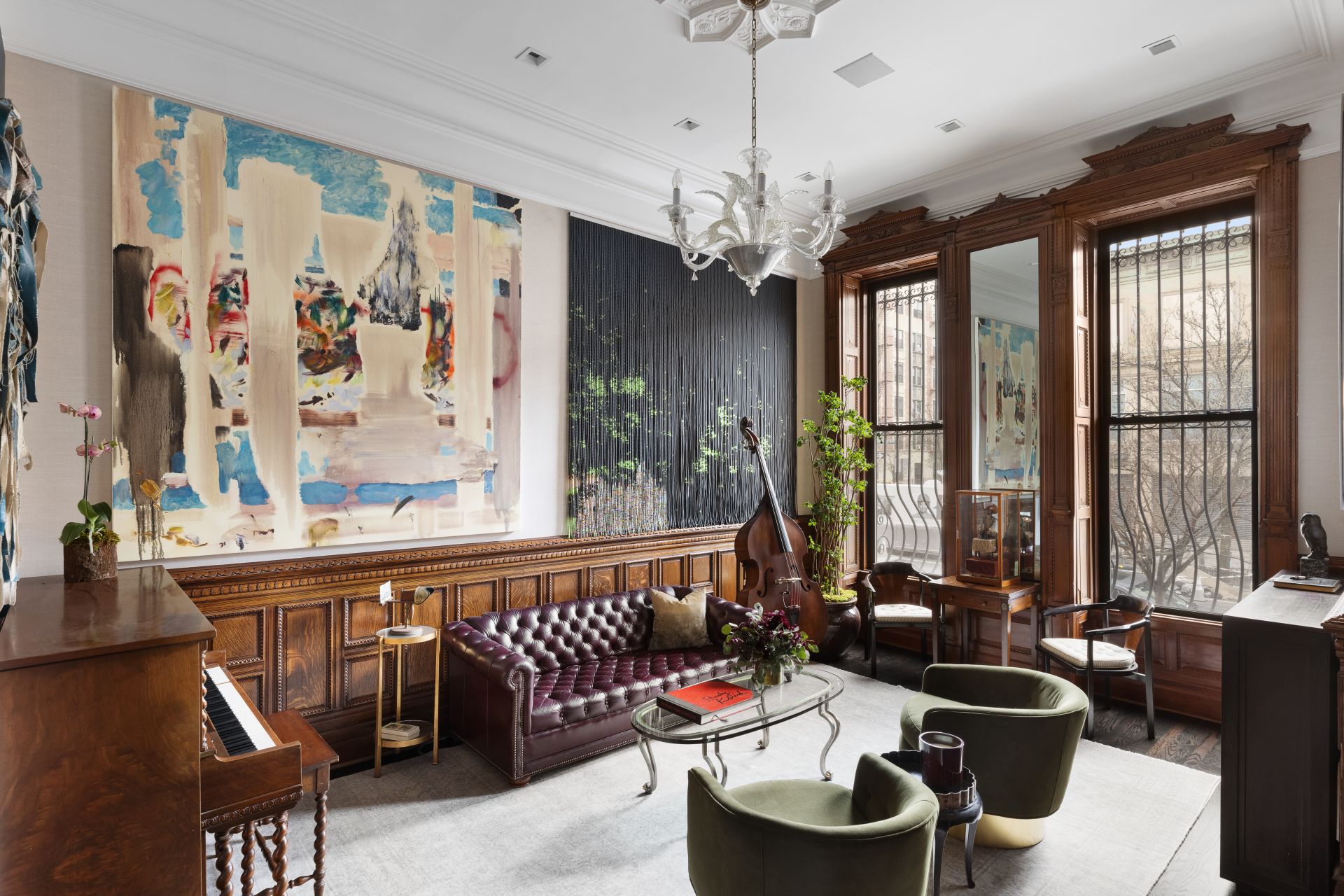 The couple extensively renovated the home after they bought it, and restored many of the original details.
Morgan Halberg 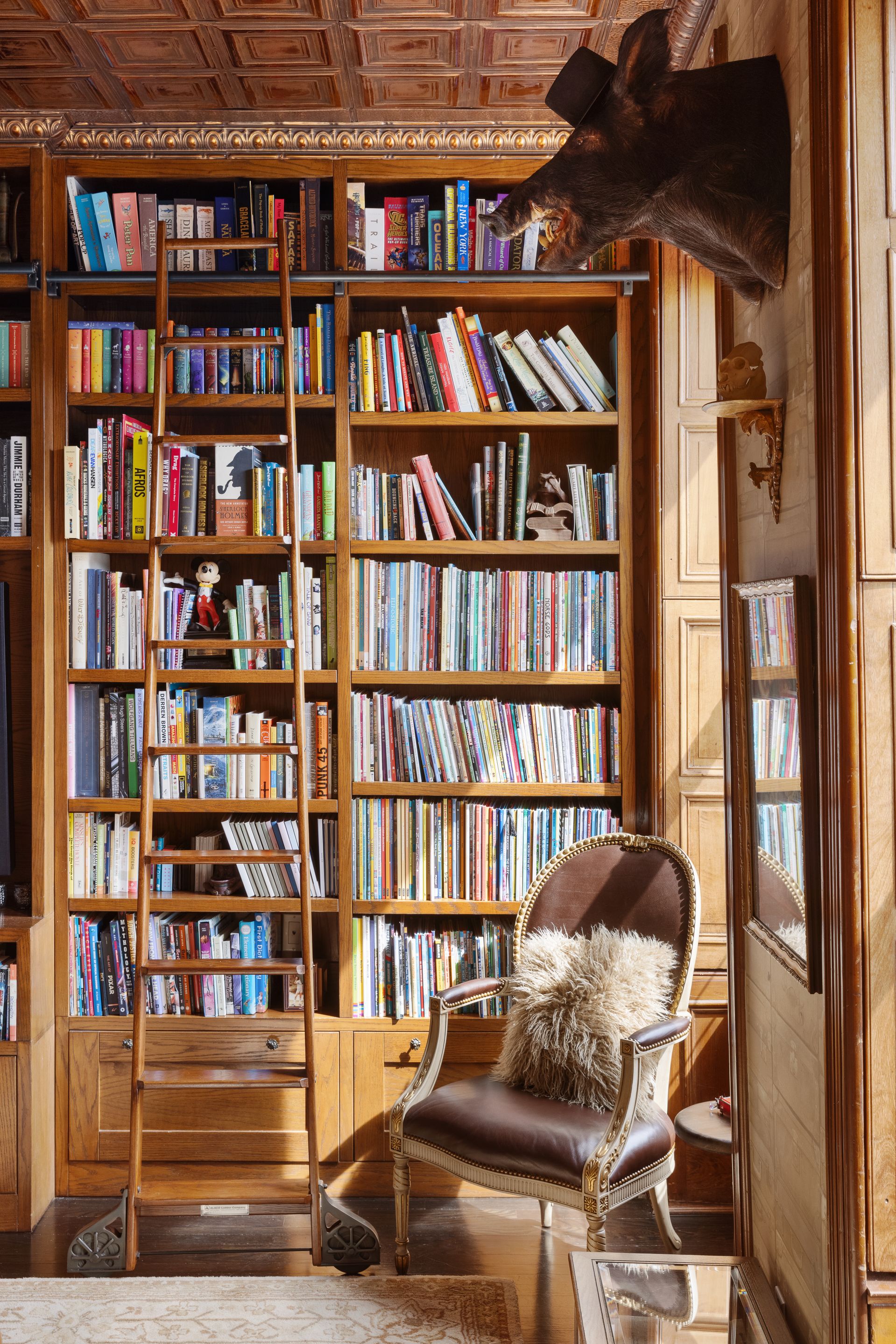 They're selling the home because the family now spends most of their time in East Hampton.
Courtesy Will Ellis/DDreps
Advertisement 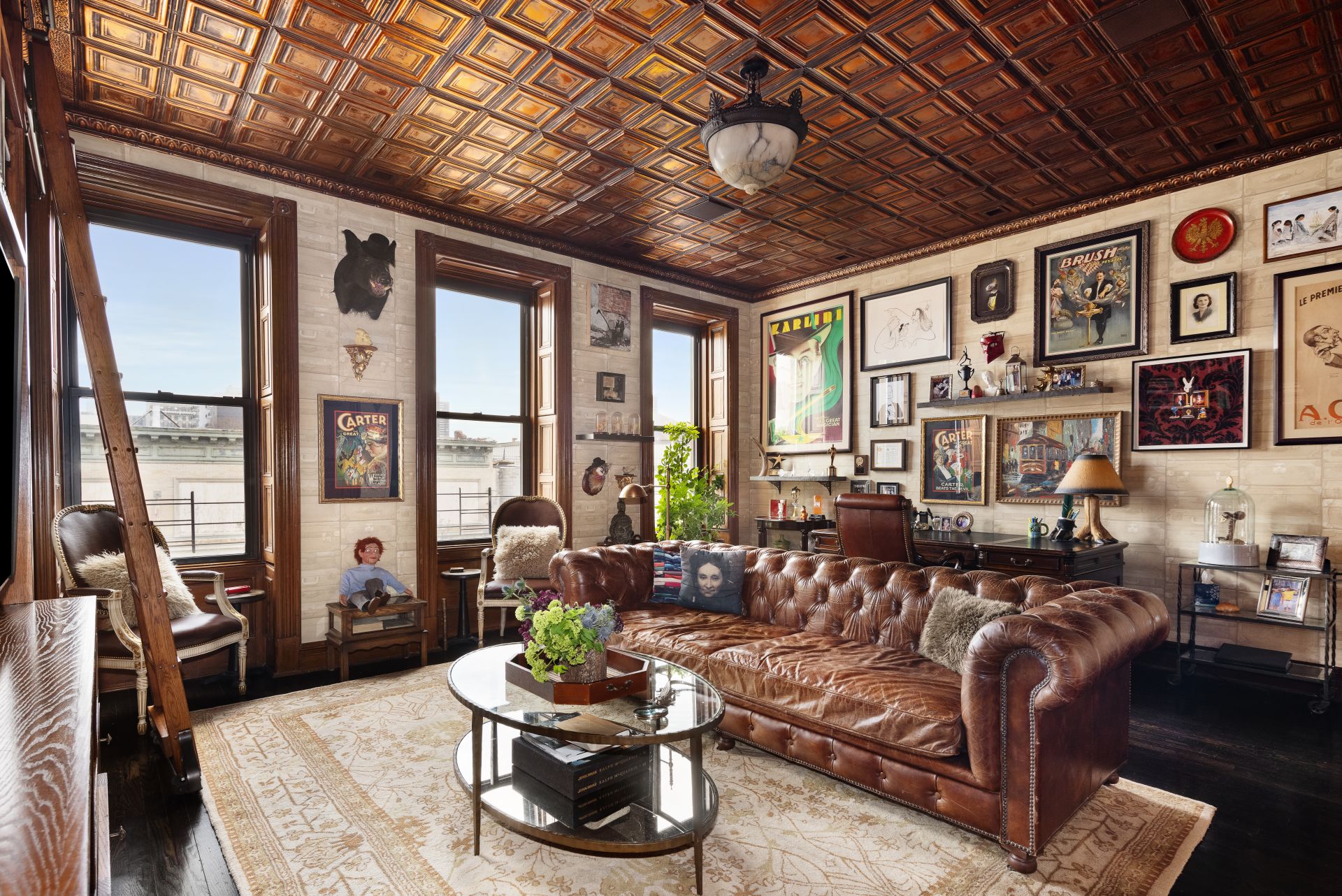 The den features an original tin ceiling.
Courtesy Will Ellis/DDreps 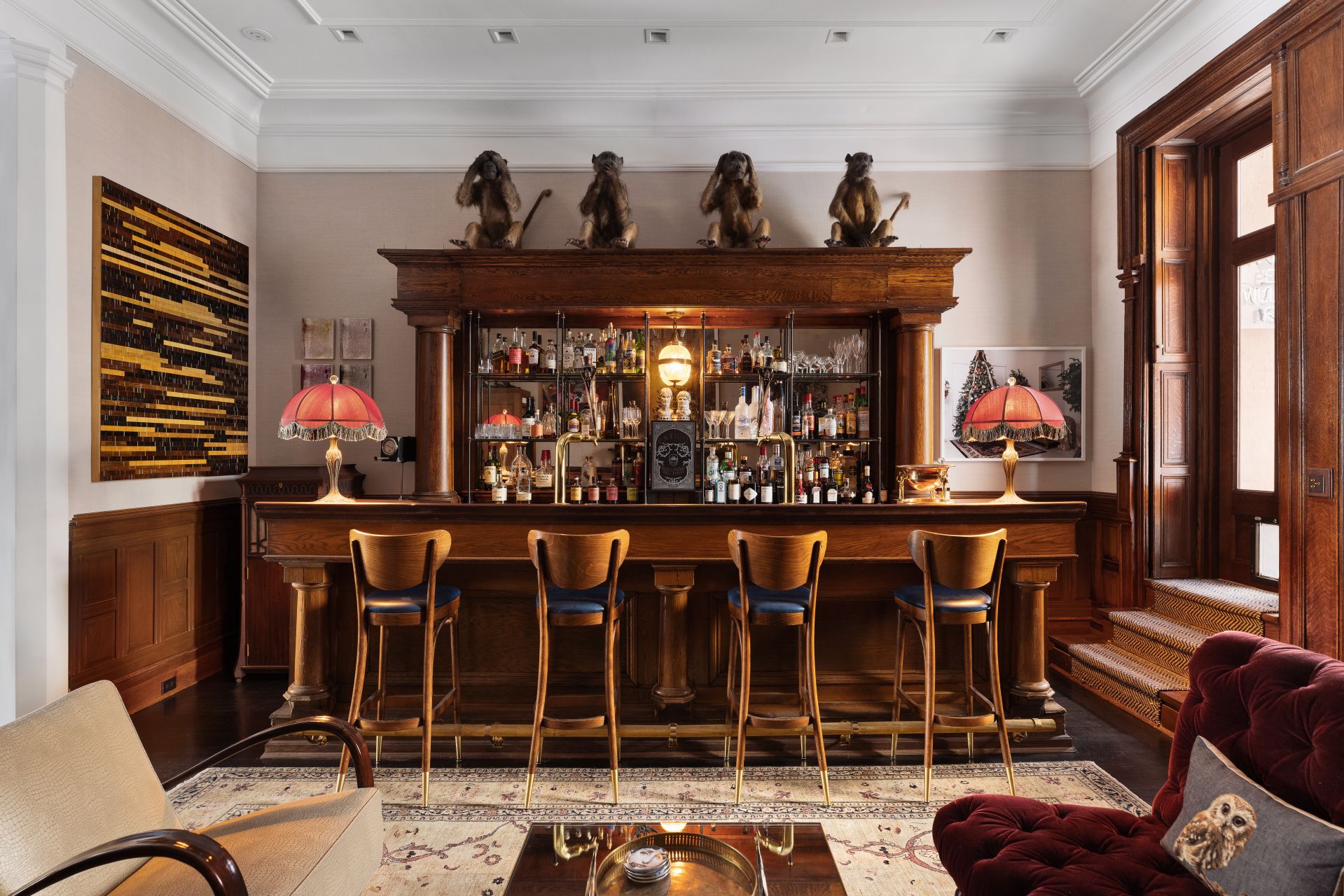 They sourced this vintage bar from an old Connecticut hotel.
Courtesy Will Ellis/DDreps 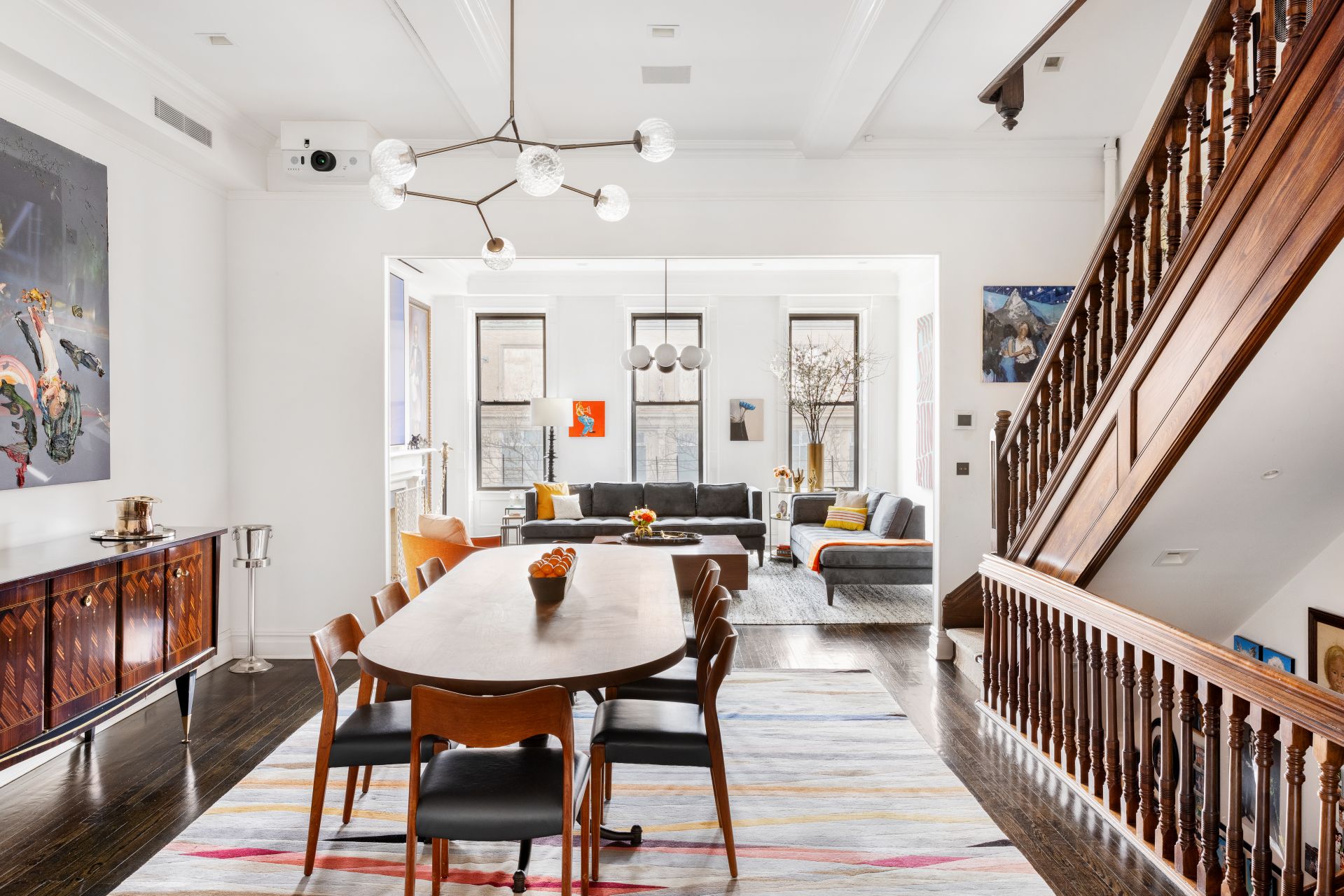 A wood staircase connects the five floors of the brownstone.
Morgan Halberg
Advertisement 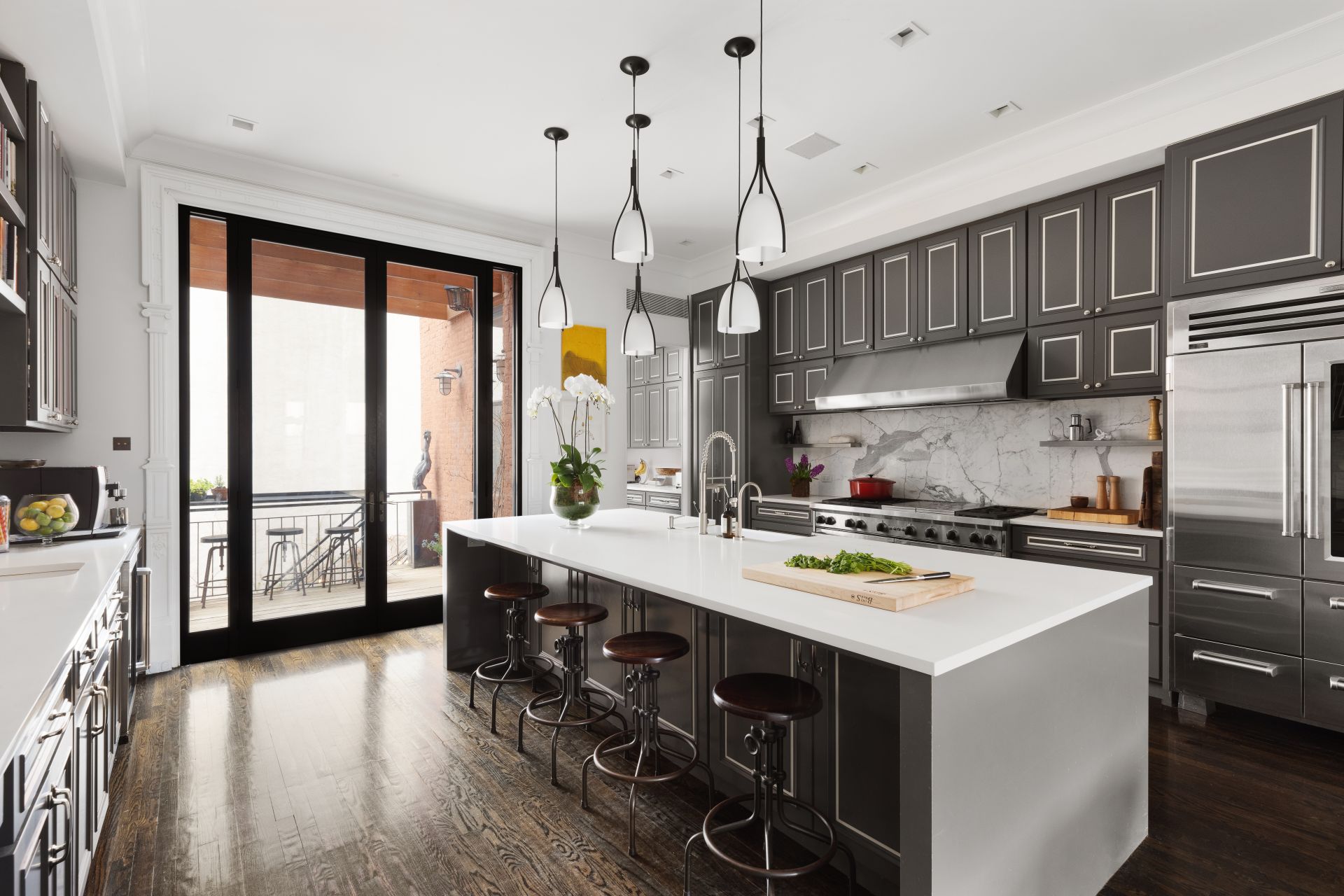 The couple expanded and updated the chef-approved kitchen.
Courtesy Will Ellis/DDreps 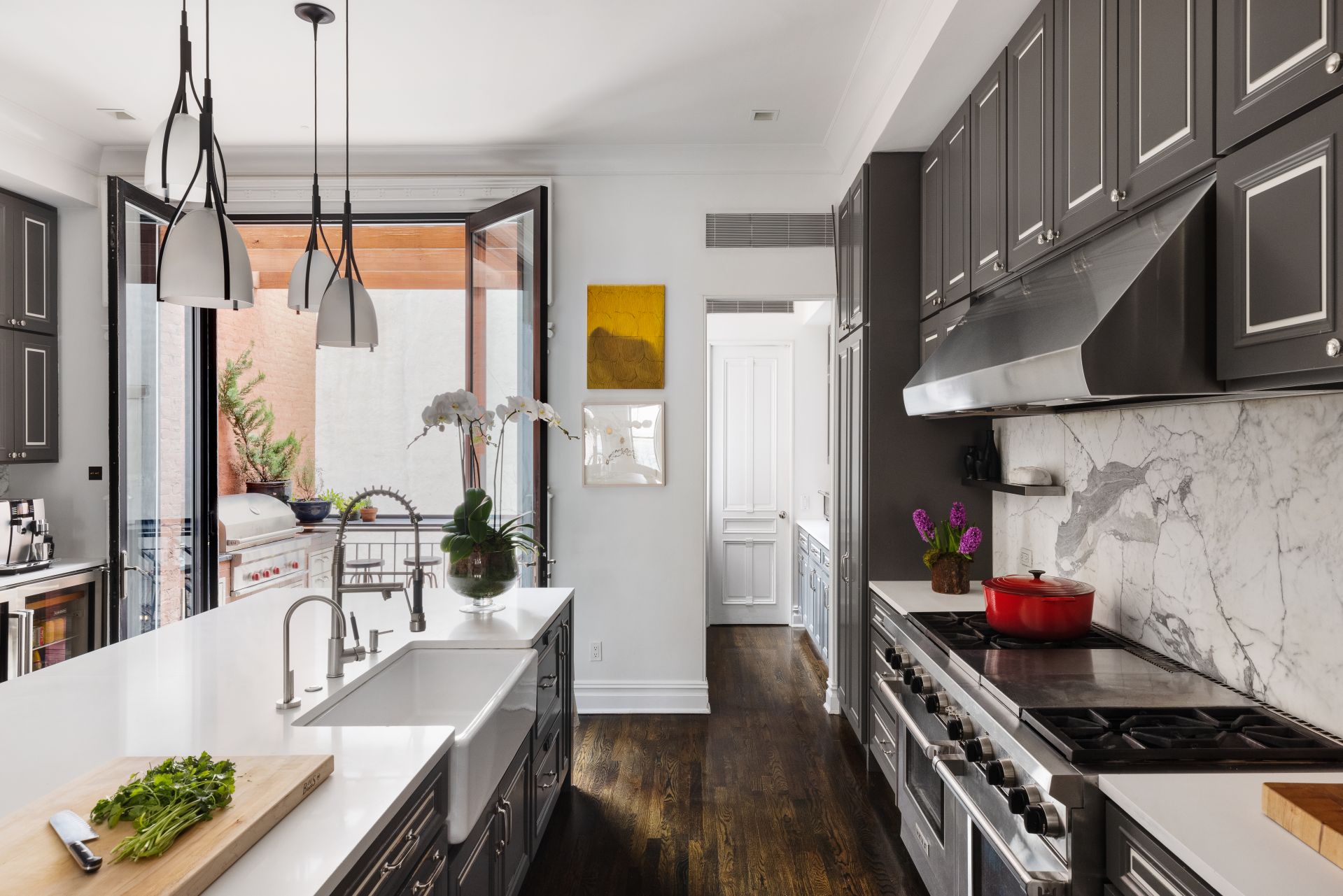 The cabinetry is custom, of course.
Morgan Halberg 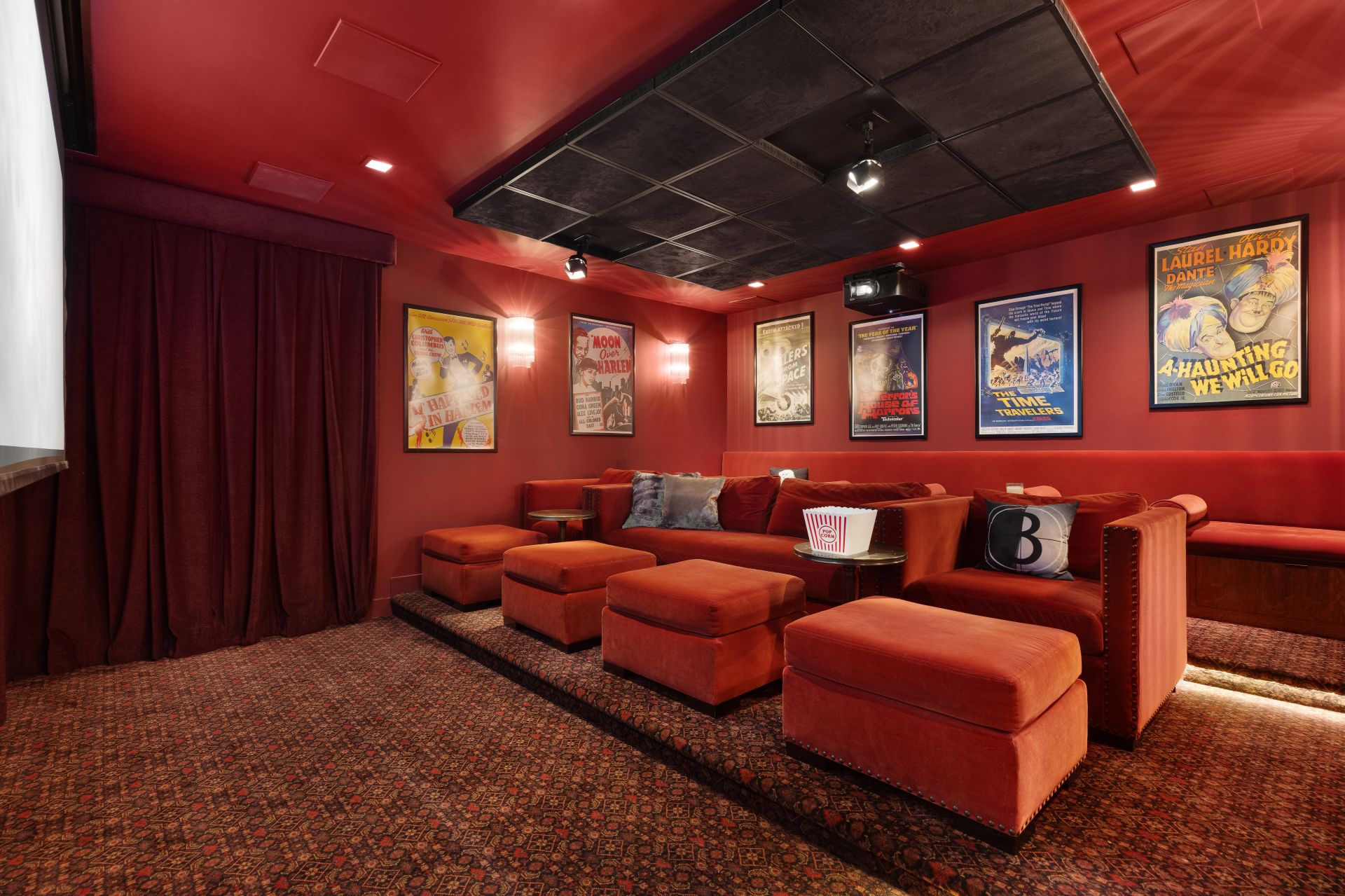 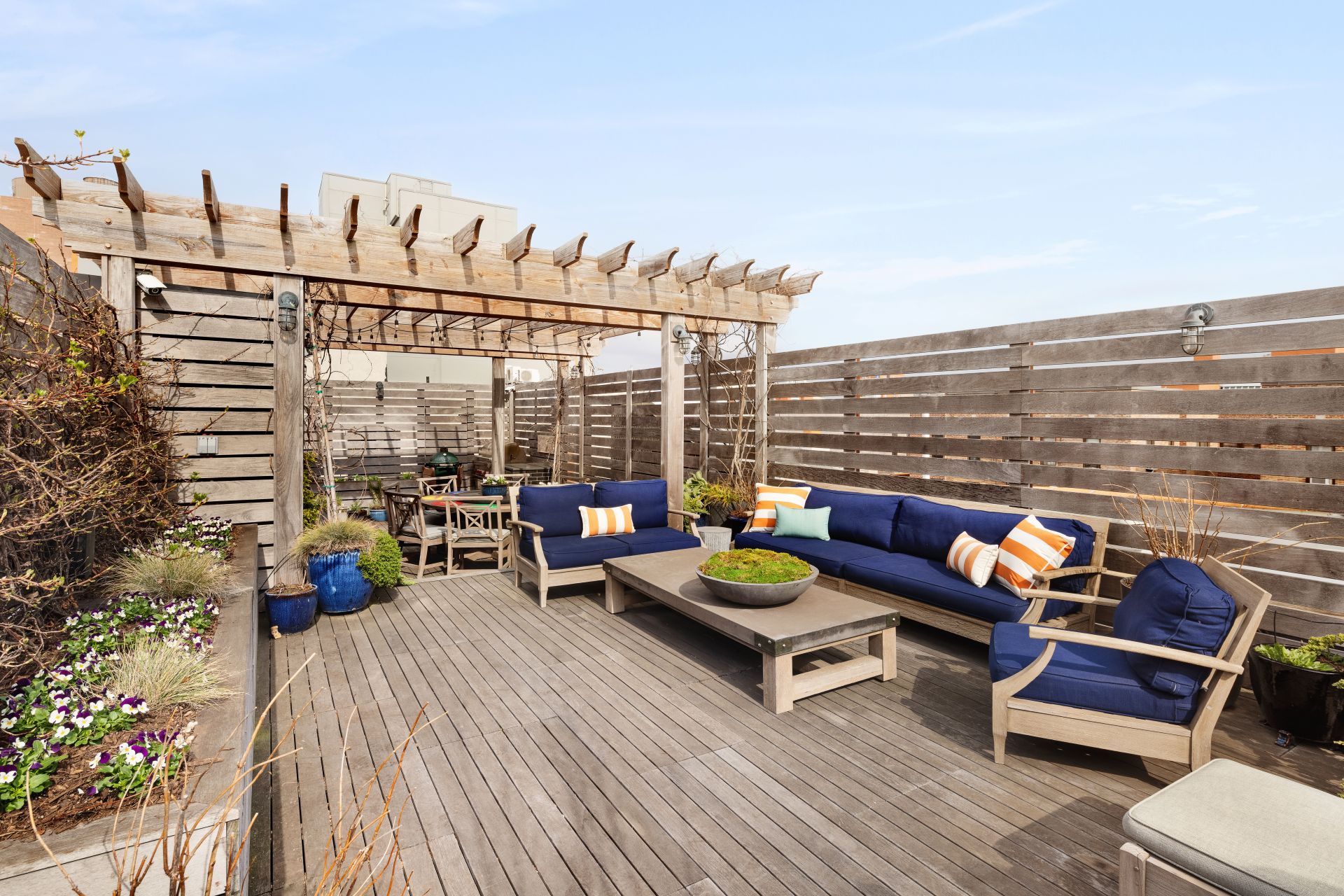 The roof deck is just one of four private outdoor spaces.
Morgan Halberg 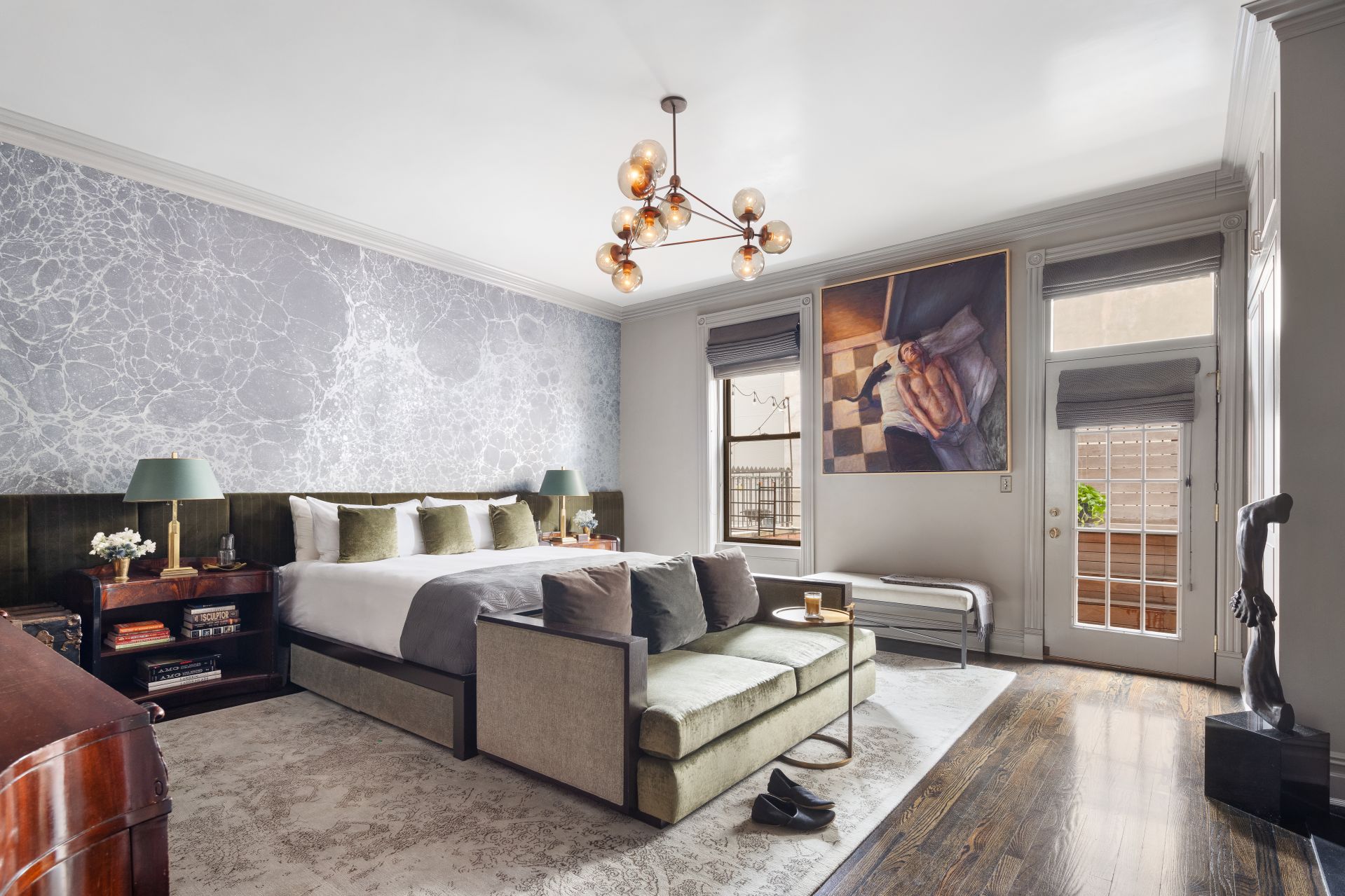 The owner's suite is located on the third floor.
Morgan Halberg 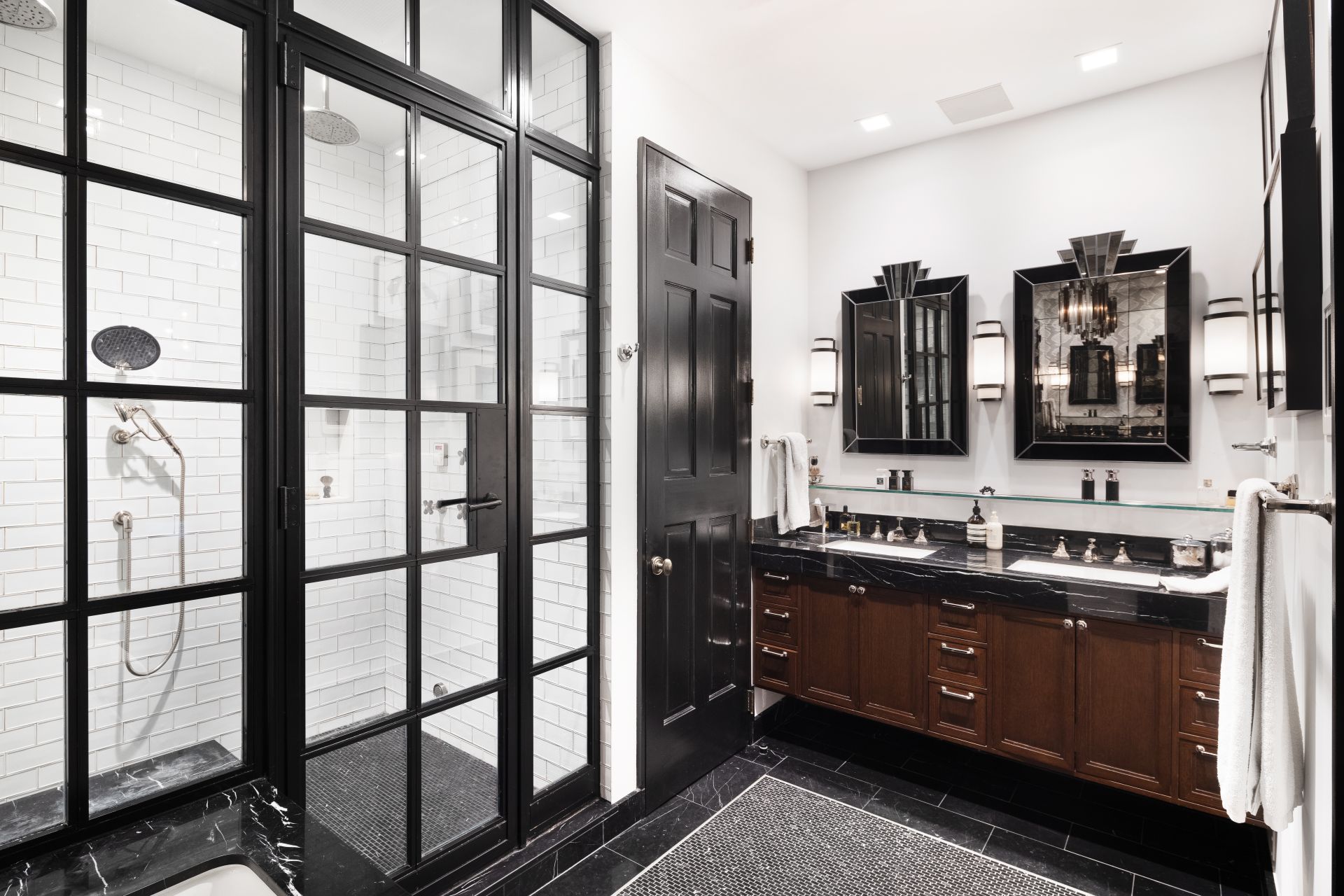 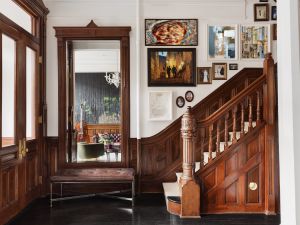 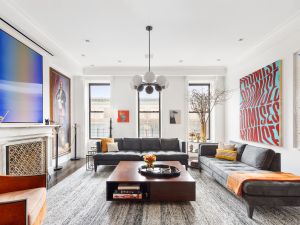 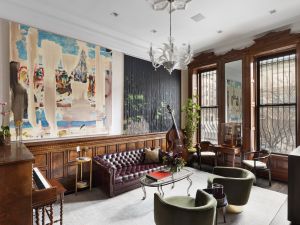 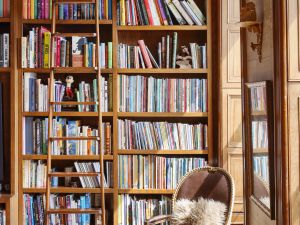 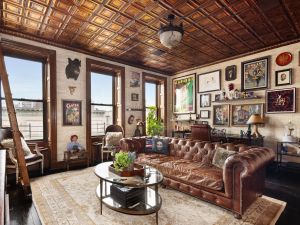 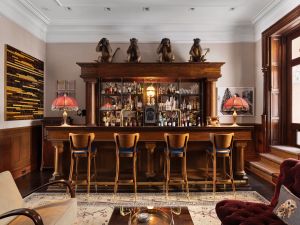 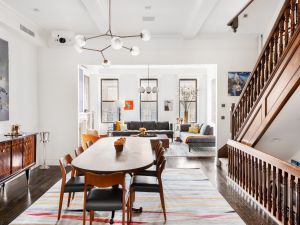 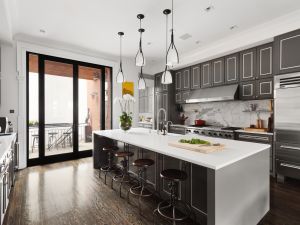 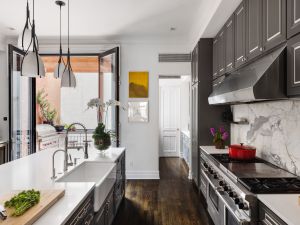 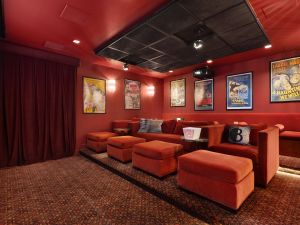 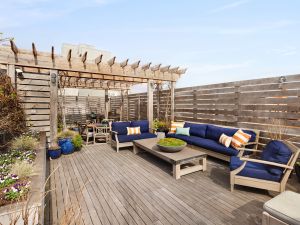 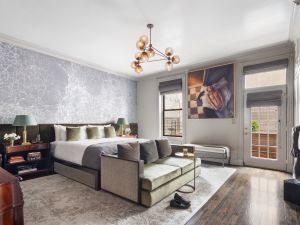 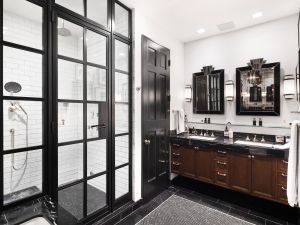 After eight years, Neil Patrick Harris and David Burtka are ready to move on from their Harlem brownstone. The couple has listed their 8,000-square-foot New York home for sale, with a $7.33 million price tag attached.

Harris and Burtka purchased the 20-foot-wide Fifth Avenue townhouse for $3.58 million in 2013, and promptly embarked on a major renovation that included converting the property, which had previously been used as a bed-and-breakfast, into a single-family home.

Harris and Burtka brought in architect Jeffery Povero to complete the reno, which took over a year. They worked to restore many of the original details, including carved moldings, oak floors and tin ceilings, per the New York Times, while bringing the property up to date with modern amenities.

“We both wanted to respect the history of the space, of the area, and yet make it feel contemporary and creative and accessible,” the Tony Award-winner told the New York Times.

The parlor floor features 12-foot ceilings and original wood wainscoting throughout, and includes a full music room as well as a lounge in the back, which is fitted with a gas fireplace and a vintage bar, which the couple sourced from an old hotel in Connecticut. Original double doors open to a 500-square-foot garden terrace, which is one of four private outdoor spaces at the home.

An ornate wood staircase leads to a living room and dining area, plus a sprawling kitchen that was expanded and upgraded during the renovation process; Burtka is a professionally-trained chef, so surely he had high standards for the room. It’s now equipped with custom grey-and-white cabinetry, stainless steel appliances, a large island with a farmhouse sink, an oversized pantry and breakfast bar seating. Floor-to-ceiling glass doors lead to an outdoor deck, which has a built-in grill plus plenty of space for an outdoor dining moment.

The owner’s suite is outfitted with a gas fireplace, a custom walk-in closet and a five-fixture bathroom complete with marble floors, a walk-in shower and double vanity. The room also has access to a library and a private outdoor space with a jacuzzi.

Harris, like his How I Met Your Mother character Barney Stinson, is a magic enthusiast, and his private office on the top floor is only reachable via a trick door. Speaking of HIMYM, the home also contains the actual red booth from the fictional MacLaren’s Pub that was so beloved by the show’s characters.

The garden level is currently in use as a production office, per the listing shared by Compass brokers Vickey Barron and Pacey Barron, and includes a 10-seat home theater. The basement is configured with a wine cellar, a gym and a playroom that Burtka and Harris designed for their twins, Gideon and Harper. A fully furnished roof deck sits atop the home, with a built-in barbecue, dining table, wood pergola and irrigation system.

As for why the couple decided now is the time part with their eclectic New York home? Harris told the New York Times that the family is now primarily residing in East Hampton, where they purchased a sprawling 13.5-acre estate for $5.5 million back in 2017.