It has been a long and arduous road for Netflix’s live-action adaptation of Nickelodeon’s beloved animated series Avatar: The Last Airbender. The project was first announced back in 2018 with production slated to begin in the new year. Progress proved to be slow going, however, and in 2020, original creators Michael Dante DiMartino and Bryan Konietzko left the live-action series over creative differences with Netflix. The future of the highly anticipated series was thrust into uncertainty. But today, Netflix’s ambitious undertaking finally takes a concrete step toward reality as the streamer announced casting and a new creative team.

Gordon Cormier (he/him) is AANG (12), a fearless and fun-loving twelve-year-old who just happens to be the Avatar, master of all four elements and the keeper of balance and peace in the world. An airbending prodigy, Aang is a reluctant hero, struggling to deal with the burden of his duties while still holding on to his adventurous and playful nature.

Kiawentiio (she/her) is KATARA (14), a determined and hopeful waterbender, the last in her small village. Though only fourteen, she’s already endured great personal tragedy, which has held her back from rising to her true potential, though it’s never dimmed her warm and caring spirit.

Ian Ousley (he/him) is SOKKA (16), Katara’s sardonic and resourceful 16-year-old brother. Outwardly confident, even brash, he takes his responsibility as the leader of his tribe seriously, despite his inner doubts over his warrior skills… doubts that he masks with his wit and deadpan sense of humor.

Dallas Liu (he/him) is ZUKO (17), a skilled firebender and the intense and guarded Crown Prince of the Fire Nation. Currently roaming the world in exile, he’s on an obsessive quest to capture the Avatar because he believes that is the only way to reclaim his life and live up to the demands of his cruel and controlling father, the Fire Lord.

This was a chance to showcase Asian and Indigenous characters as living, breathing people. Not just in a cartoon, but in a world that truly exists, very similar to the one we live in.

“A live-action version would establish a new benchmark in representation and bring in a whole new generation of fans,” Kim wrote in a blog post in the Netflix Newsroom. “This was a chance to showcase Asian and Indigenous characters as living, breathing people. Not just in a cartoon, but in a world that truly exists, very similar to the one we live in.”

Avatar: The Last Airbender (and its sequel series Avatar: The Legend of Korra) has proven to be an enduring piece of pop culture. So much so, in fact, that the original creators have set up a new studio at ViacomCBS to develop new adventures in this world across theatrical movies, cable series, and streaming.

Kim recalls falling in love with the animated series alongside his daughter when it originally aired on Nickelodeon from 2005-2008. He was immediately enamored with the “world and characters” and swept away by the “singular mix of action, humor, and epic storytelling,” he wrote. Naturally, this gave him pause when Netflix approached him with the opportunity to shepherd the live-action version. The show has only grown in popularity and acclaim over the last 15 years, which he noted as a testament to how complete and resonant a narrative experience it had been.

“But the more I thought about it, the more intrigued I became,” he wrote. “VFX technology has advanced to the point where a live-action version can not only faithfully translate what had been done in animation — it can bring a rich new visual dimension to a fantastic world. We’ll be able to see bending in a real and visceral way we’ve never seen before.”

Kim was also drawn to the remake because Netflix’s format gave the creative team an opportunity to reimagine a story originally told in self-contained half-hour episodes as an ongoing narrative. “That meant story points and emotional arcs we’d loved in the original could be given even more room to breathe and grow,” he wrote.

Kim and his team plan to expand and grow the world with a few surprises for existing fans and those new to the tale. But he isn’t going to change elements from the original just for the sake of change. “I didn’t want to modernize the story or twist it to fit current trends. Aang is not going to be a gritty antihero. Katara is not going to get curtain bangs.”

The grand unifying element of this new version is predicated on “authenticity” to the story, characters, and cultural influences. No word yet on when fans can expect the new version of Avatar: The Last Airbender to arrive on Netflix. 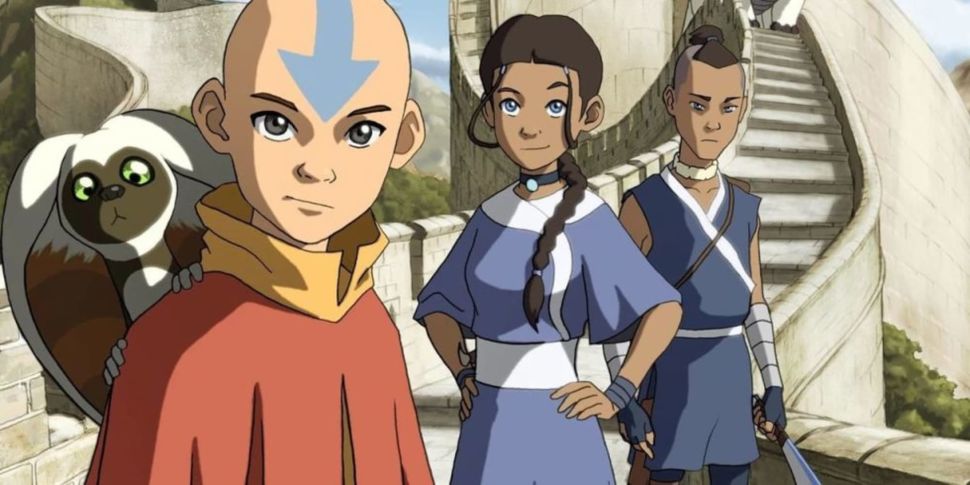