The artwork of Black contemporary and figurative artists has lately fetched huge prices on the auction circuit, but this hasn’t necessarily directly benefited the artists themselves. With Say It Loud: Visionaries of Self, the upcoming second iteration of an auction organized by the rising star curator Destinee Ross-Sutton, Christie’s is offering 32 works of art by Black artists; 100% of the proceeds generated from the sales will go directly to the artists and their support teams. Ross-Sutton worked to structure this format last year, when it became abundantly clear that artists weren’t seeing any profit from secondary market sales. For the first version of Say It Loud, buyers were required to sign a contract stating that they wouldn’t sell the work for at least five years, and if they eventually did, they would have to return 15 percent of the upside to the artist.

A segment of remitted proceeds from the auction will also go toward the BLACK ARTIST COLLECTIVE, a foundation which Ross-Sutton co-founded. The artworks featured in this week’s auction, which commences on August 5, are multifaceted and arresting. One highlight is Young Man on a Rocket, a painting made in 2020 by the artist Hebru Brantley, which depicts a boy leaning against a piece of playground equipment and gazing back skeptically at the viewer. The look in the figure’s eyes is weary beyond his years; he seems as though he’s wondering who exactly has the audacity to observe him in the first place. The painting is expected to sell for between $40,000 and $60,000.

“I am excited to share with you the second iteration of Say It Loud, my collaboration with Christie’s highlighting voices in art from the African diaspora,” Ross-Sutton said in a statement. “Continuing the contextualization of this narrative allows us to explore the momentum created with last year’s show — yet, with a focus on the artists’ humanity and perspectives, elevating it beyond the potential ‘constraints’ of the concept of Blackness (for better or for worse!). In turn, this view of Self centers the artist.” 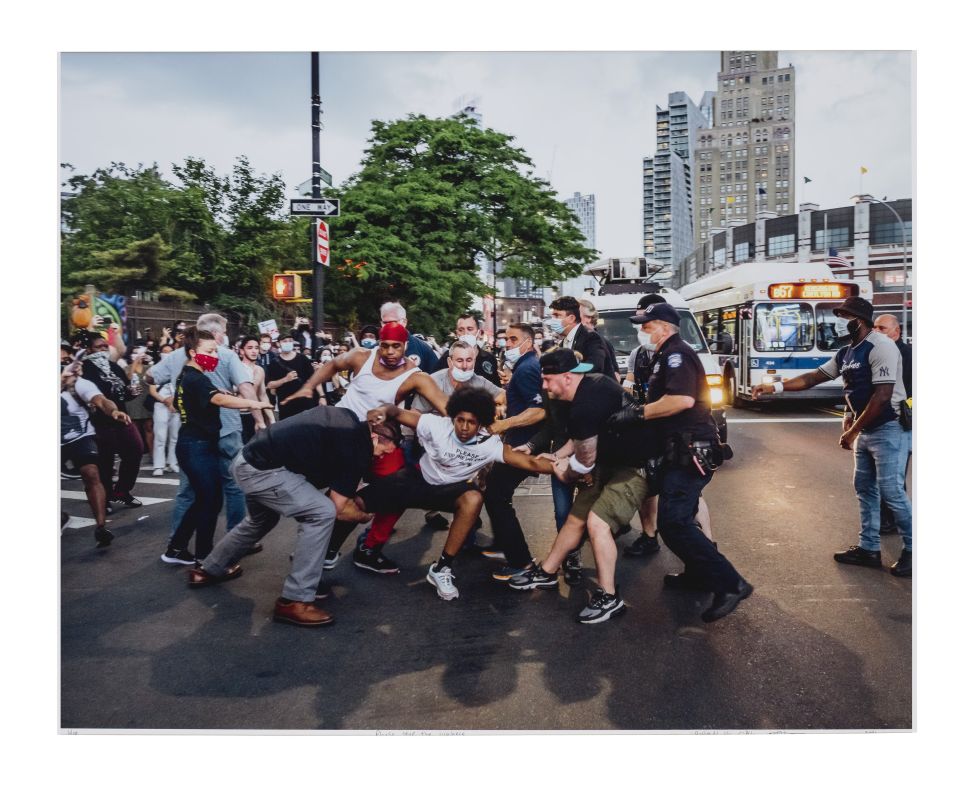