Heiress, reality television pioneer, DJ  and acclaimed chef Paris Hilton is expanding her home horizons in California. Hilton, who announced her engagement to Carter Reum earlier this year, has scooped up a Malibu beach retreat.

Hilton and Reum paid $8.4 million for the two-story oceanfront getaway, reports Variety, and it seems they’ve already made themselves right at home, as the early aughts style icon apparently filmed a promo clip for her Netflix show, Cooking With Paris, in her new kitchen.

The 2,968-square-foot abode is positioned right on La Costa beach. There are stone-tiled floors, recessed lighting and floor-to-ceiling glass walls throughout, so there’s nothing to impede the very impressive ocean views.

The aforementioned kitchen, which already made its television debut, is equipped with white cabinetry, stainless steel appliances and granite countertops. The living room contains a fireplace, and is adjacent to a dining nook.

All three of the bedrooms are situated on the second floor of the home, including the owner’s suite, which is outfitted with wood floors, a fireplace and a stone-tiled bathroom with a built-in tub and double vanities. It also has access to two oceanfront balconies, one of which has a hot tub.

There are wraparound windows and decks on two levels of the home, as well as an outdoor shower, per the listing shared by Compass brokers Chris Cortazzo and Ali Gagerman. Stairs from the house lead directly down to the beach below.

Hilton recently disclosed on The Tonight Show that the wedding planning process has been “very stressful” and that her upcoming nuptials will be a three-day affair, for which she would like to wear 10 different dresses, so luckily she now has this very relaxing Malibu retreat at which she can decompress. The heiress also owns a mansion in the Mulholland Estates gated community in Los Angeles, for which she paid $5.9 million in 2007, as well as an apartment in New York’s Noho neighborhood, which she purchased for $4.9 million in 2014. 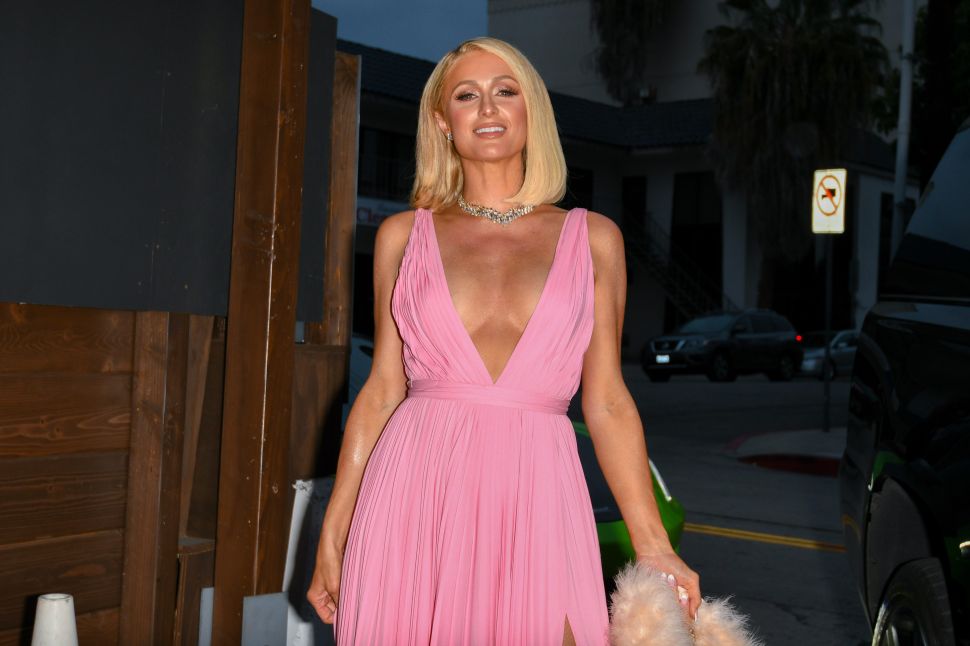