Several countries and institutions have recently worked to make the process of restituting Nazi-looted artifacts more seamless, but Poland isn’t one of them: recently, Andrzej Duda, the President of Poland, signed a law that would make this process much more difficult to complete. Specifically, Duda reduced the country’s statute of limitations when it comes to all charges regarding allegedly stolen property, which significantly reduces the chances of restitution of Nazi-looted artwork from the country. Yair Lapid, the Foreign Minister of Israel, went so far as to call Duda’s move “antisemitic and immoral.” Representatives from the United States also reacted negatively.

“The United States reiterates our concerns about amendments to the Code of Administrative Procedure….severely restricting restitution and compensation for property wrongfully confiscated during Poland’s communist era,” Antony Blinken, the U.S. Secretary of State, said in a statement. “Further, we urge the Polish government to consult with representatives of affected parties and to develop a clear, efficient, and effective legal procedure to resolve confiscated property claims and provide some measure of justice for victims.  In the absence of such a procedure, this legislation will harm all Polish citizens whose property was unjustly taken, including that of Polish Jews who were victims of the Holocaust.”

Defending his decision, Duda said that his choice to reduce the statute of limitations was motivated by instances of fraud. “Linking this act with the Holocaust raises my firm objection,” Duda told the PAP news agency. “Poland is the guardian of the memory of the victims of German crimes against Jews, it will not allow the Holocaust to be instrumentalized for current political purposes.”

Other public figures, like the mayor of Amsterdam, have recently made it a priority to ensure that Nazi-looted artifacts held within their countries should be returned to their rightful owners. Regarding the status of a Kandinsky painting, Femke Halsema said: “Returning this artwork will mean a lot to the victims and is important for acknowledging the injustice perpetrated.” 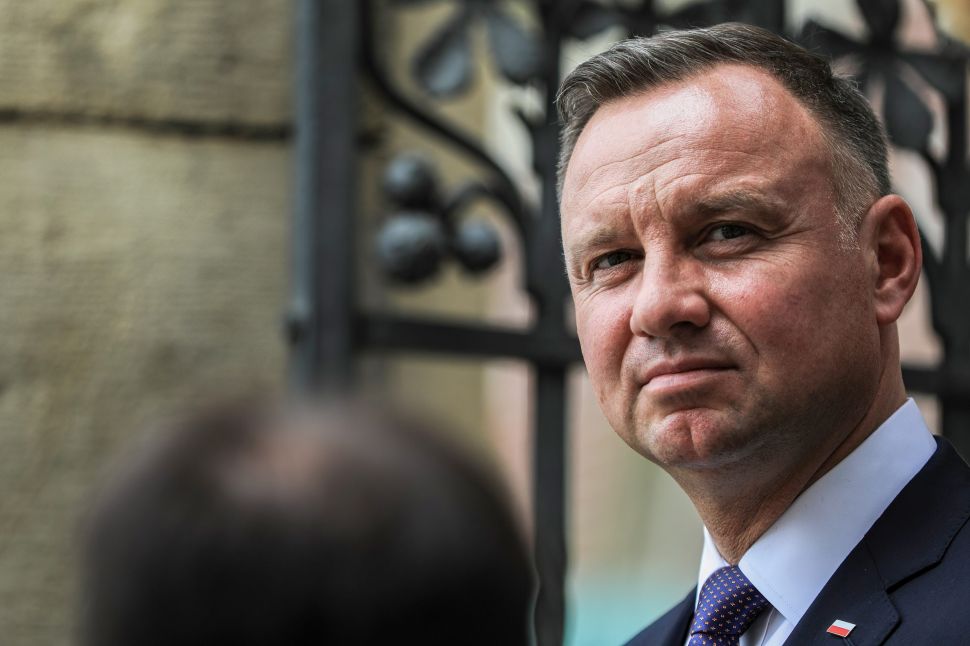