Every year, Queen Elizabeth travels to the Scottish Highlands for her annual summer vacation at Balmoral Castle. The monarch is especially fond of this particular royal residence, as Balmoral is reportedly one of her favorite homes.

This year is Queen Elizabeth’s first summer at Balmoral since Prince Philip’s death; the monarch and the Duke of Edinburgh would traditionally spend mid-July through October at the Scottish estate. Even though the Queen is surely missing her late husband, she must be happy to be at her favorite home, and she’s also already received quite a few visitors, including a first-time guest.

Princess Eugenie, Jack and August, who primarily reside at Frogmore Cottage in Windsor, took a commercial British Airways flight from Heathrow Airport in London to Aberdeen Airport, where they then hopped into a waiting Range Rover that took them to Balmoral, per photos obtained by the Daily Mail.

They joined Princess Eugenie’s father, Prince Andrew, and mother, Sarah Ferguson, who arrived at the Scottish castle earlier this week. The Duke of York and Fergie traveled to Balmoral shortly after Virginia Giuffre filed a lawsuit accusing the Duke of York of sexual abuse; thus far, Prince Andrew and the rest of the royal family have remained silent regarding the lawsuit.

Queen Elizabeth expects all her close family members to come spend time with her when she’s at Balmoral, and the royals are relatively low-key while at the castle. Princess Eugenie has said that Balmoral is the “most beautiful place on earth,” and that her grandmother is “the most happy there.” Princess Eugenie also shared that a typical day at Balmoral involved “walks, picnics [and] dogs.”

It’s not clear how long Eugenie and Jack are staying at Balmoral, but perhaps they’ll remain at the Scottish castle for a bit longer, at least until Prince William and Kate Middleton arrive later in the month. The Duke and Duchess of Cambridge are expected to travel to Scotland later in August, and will bring along Prince George, Princess Charlotte and Prince Louis, for their annual trip to see the Queen before they return to London ahead of the school year. 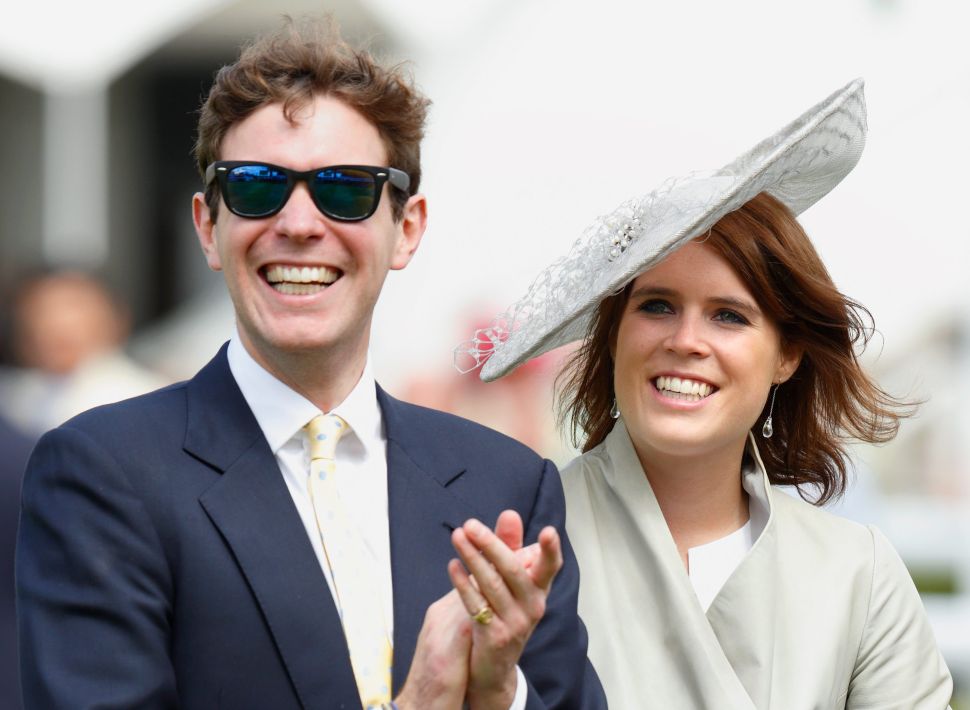