Onstage, Hugh Jackman is electrifying. On the screen, he’s just another pretty face rendered mediocre in a maelstrom of Hollywood hokum. Whether he’s singing and dancing like a mind-blowing combination of Fred Astaire and Gene Kelly in sold-out one-man Broadway musicals or enchanting his fans as Peter Allen in The Boy from Oz, he has never been anything less than dazzling. In movies that criminally waste his unique talents, he’s never achieved the same status. The turgid, hopelessly misguided Reminiscence is a perfect example of what I mean. This movie is so bad that asking Hugh Jackman to raise it to a higher level is like asking Pavarotti to sing “Mairzy Doats.”

He plays Nick Bannister, a “private investigator of the mind” (whatever that means) in an apocalyptic futuristic Miami whose clients seek memories of the past by allowing him to stab them in the  neck with hypodermic needles and then submerge them in a tank of wearing a headset and jolted with electricity that sends them back in time while he spouts the most pretentious voice-over narration in years. “Memories,” he warns, “— even the good ones — have a voracious appetite. They can consume you.” His favorite philosophical catchphrase, which he repeats often in case you should forget it, is about how moments in memories “are beads in the necklace of time.” Ouch.

One night after closing, a pretty girl who can’t act (Rebecca Ferguson) persuades Nick and his alcoholic assistant (a wasted Thandie Newton) to dunk her in the tank. Her name is Mae, and she says she needs the procedure because she can’t find her car keys. (Huh?) In the scene she conjures, she wears a red dress cut up to the last point the censors will allow and sings “Where or When” by Rodgers and Hart. Nick becomes obsessed, but she vanishes before he can ask for a second chorus.

So he spends nearly two hours of runtime trying to get her back. He grows haggard and dissipated, haunted by memories of his own, and starts spending his time in the tank himself. It is never clear what his work is, but it’s somehow of value to the D.A., who solves crimes by the clues that show up in the minds of Nick’s patients. Nick stalks Mae to New Orleans, which looks like an alien planet, and a multitude of characters emerge, not one of whom has any connection to each other or anything resembling a coherent plot.

This is not a New Orleans you could find on any map, but Nick finds Mae there anyway, surrounded by crooked cops, waterfront rats, drug dealers and assorted killers of every dimension. Much mayhem and murder ensues, and — you guessed it — Mae sings “Where Or When” all over again. It slogs on, piling on scenes and memories of every sci-fi epic and film noir from Blade Runner to Chinatown, but who cares? The corny script and the static direction are both by Lisa Joy from the TV show Westworld. This is her first feature film. It probably won’t be her last, but hope springs eternal.

Loyal Hugh Jackman fans should demonstrate patience in eager anticipation of his forthcoming Broadway musical revival of The Music Man. I can’t wait to see what he does as Prof. Harold Hill,  leading a parade down the aisle singing “76 Trombones.” Meanwhile, he should erase from his own memory anyone and everyone who advised him to appear in Reminiscence. 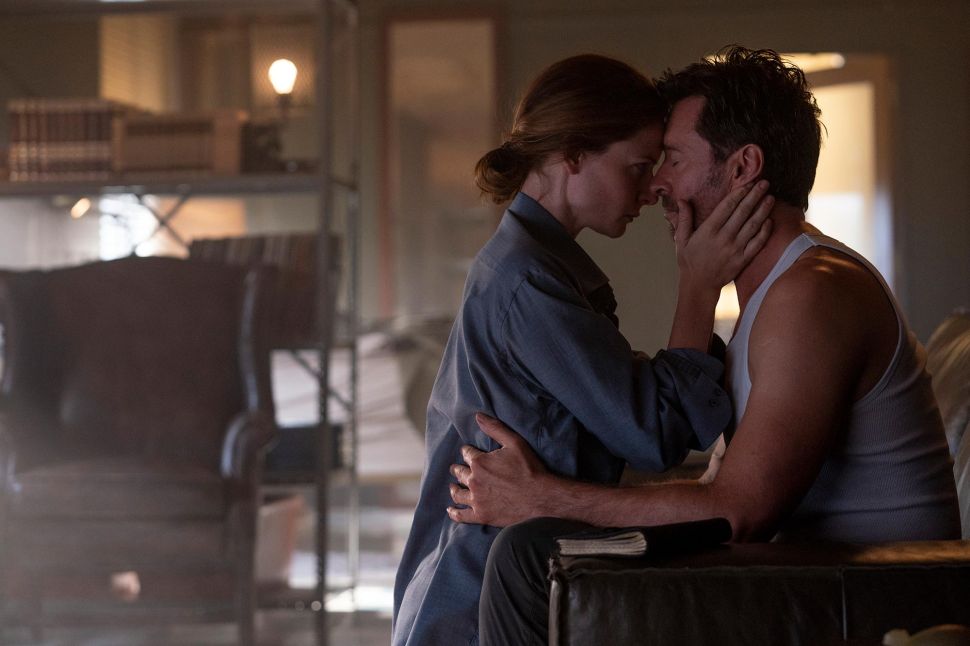