You can’t always predict how a business is going to evolve and change and you don’t always know where lucrative revenue is going to spring from. Take Ozzie and Daniel Silna, for example. The brothers were co-owners of the American Basketball Association’s Spirits of St. Louis more than 50 years ago. But when the ABA merged with the NBA, only four teams were invited to join and the Spirits weren’t one of them. So the Silna Brothers negotiated for a percentage of the NBA’s television broadcast revenue. Thanks to the league’s rising popularity over the last five decades, the deal wound up netting them roughly $800 million. Not bad.

Hollywood is attempting to navigate a similarly uncertain and changing economy at the moment. The pandemic has upended the traditional theatrical model and given rise to hybrid releases and shortened theatrical windows. This has mucked up the set-it-and-forget-it compensation model studios and talent have used for decades. A-listers are used to receiving a percentage of the box office or bonuses that activate upon certain box office achievements. Studios are used to paying out these backend profits. But no more.

John Krasinski and Emily Blunt reportedly tried unsuccessfully to negotiate for a larger payment from Paramount for A Quiet Place Part II as it was made available on Paramount+ after 45 days in theaters. Scarlett Johansson is suing Disney over the lack of financial compensation for Black Widow’s hybrid release. According to Matthrew Belloni’s What I’m Hearing…newsletter, Emma Stone forced Disney to negotiate a “buyout” of her box office bonuses on Cruella, scoring an eight-figure make-up payment and another eight-figure check for Cruella II, including a traditional back-end profit participation for Disney+ Premier Access revenue.

Wins, losses, public squabbles, private negotiations. Hollywood finds itself in a Game of Thrones style legal battle at the moment. So who really holds the power, what do agents need to do to protect their clients, and what does the future hold?

Who holds the power?

The entertainment industry is changing rapidly, but not everyone is going to walk away from this new normal completely satisfied. The scale of advantages naturally tips to one side.

“I would say it’s still the studios who hold the most power as they are the gatekeepers,” Matthew Wilson, AGG Corporate and Intellectual Property partner and co-chair of AGG’s Entertainment & Sports industry team, told Observer. “Regardless of how much leverage talent might have to make a movie, the studio is pretty indispensable.”

While Richard Nachmias, partner-in-charge of the sports and entertainment group at consulting firm EisnerAmper, calls the power discrepancy “razor close”, big movies are not getting made without the involvement of major studios, production companies, and distributors. Talent is still vital to attract audiences to both movie theaters and VOD destinations. Yet if an A-lister like Johansson is looking for a $20 million-plus paycheck, they aren’t going to get it from an independent movie.

In a vacuum, Disney’s decision to send films to Disney+ and Premier Access in the midst of a pandemic, especially as theatrical recovery has stalled, makes strategic sense. Flexibility of choice and access is key. But failing to reach a middle-ground compensation agreement with Johansson sends a talent-alienating message to the industry. As producer and star, the Black Widow lead surely had a generous backend participation agreement.

Premier Access, where Black Widow has earned $125 million in digital download retail receipts from its $30 upcharge as of Aug. 15, cuts into the box office (which currently sits at $370 million worldwide). It’s only reasonable for talent to ask for a cut of that revenue, though Disney claims it factored PVOD sales into the star’s $20 million upfront payday. Making Johansson whole, as the Hollywood saying goes, would have been peanuts for a $320 billion company. While conflicts such as this will define Hollywood’s dealmaking for years to come, no one is oblivious to the optics.

What does every agent need to do moving forward?

Wilson sees a few potential outcomes regarding new compensation methods for talent as the standard box office formula continues to wither. One, the Netflix model, is already in full effect. The market-leading streamer pays large upfront sums to talent to essentially buyout their backend because Netflix doesn’t utilize the box office. This has always been risky for the studio as the financial agreements are reached, largely sight unseen, under the assumption that each film is a hit.

“When an artist is incentivized to hit the road to promote a movie and put people in seats, the studio benefits.”

The other option: offer a revenue share from the subscription platform. “This may not necessarily be tied to who’s actually seeing a single film on the platform, but maybe it’s just a percentage of annual revenues,” Wilson explained. “So, for example, Scarlett Johansson could get 1% of revenue over a pre-determined period of time.”

The last option he sees as a possibility is giving talent stock in the parent company. Disney stock has largely been surging since Disney+ came online. The subscription model is benefitting the share price of most parent companies that have recently invested in SVOD.

“Agents and talent are going to try to be more thorough in their negotiations,” Nachmias said. “As the big stars and their agents get a better grip on how to negotiate these transactions, they will try to pull some of the power back to them. Companies nowadays have so much money that it’s easier for them to buy a catalogue rather than develop their own. So actors just have to be super sophisticated with their negotiation.”

Why is this happening?

There are unintended consequences to this changing calculus. The traditional compensation model is important for all parties and, as it changes, so too does the surrounding processes in the tentpole moviemaking machine.

“When an artist is incentivized to hit the road to promote a movie and put people in seats, the studio benefits,” Wilson said. “That’s not going to happen if creatives get paid 100% compensation upfront. There is incentive for studios and production companies to figure out compensation for actors that isn’t just upfront fee in addition to spreading risk around.”

Another reason Hollywood finds itself in this fluid transitional period is the industry’s changing priorities. Blockbuster tentpole movies that make $1 billion at the box office are no longer the bread and butter of on-screen entertainment.

“Ultimately, the No. 1 driver for what’s going on in the business right now is subscribers for your platform and if you have a very popular, loyal movie brand, you could name your price,” Nachmias said. “Amazon, Netflix, Disney, they’re all cash rich. They’ve been proven that they’ll go out and buy the brand. They’re all doing it in order to recruit $7.99, $9.99 monthly subscribers.” 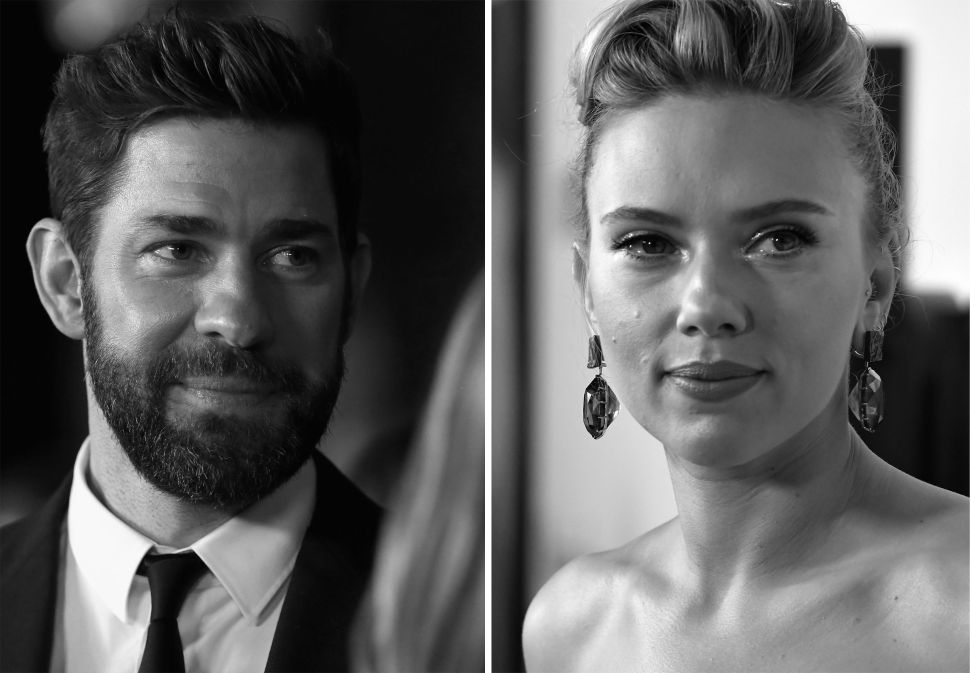