“You are a product of all those who came before you,” says Jiang Nan (Michelle Yoh) to her nephew, the hero Shang-Chi (Simu Liu), as she begins to train him to defend his late mother’s ancestral village from an invading army led by his father, the power hungry Wenwu, aka The Mandarin (Tony Leung).

Sanitized by copious computer-generated special effects and washed clean of blood, sweat or any of the other grimier byproducts of the candy-colored, kid-friendly violence at its center, Shang-Chi and the Legend of the Ten Rings may take the title as the least dangerous martial arts movie ever made.

And yet, while the film’s overall sheen of corporate sterility may disappoint those whose love affair with Kung Fu flicks developed through midnight movies and UHF matinees, Cretton’s film still makes notable contributions to the genre.

The director wisely keeps his camera back from the action and uses longer takes, giving the fight scenes an elegant, dance-like quality, especially early on. Then there is his skilled, charming, almost all Asian cast — an ensemble that levels up from good to extraordinary thanks to the presence of Hong Kong legend Tony Leung as the movie’s chief antagonist.

Playing a thousand-year-old warrior both irredeemably corrupted and made all but immortal by his possession of ten rings of mysterious origin and unimaginable power, Leung is suave, restrained and powerful. He is able to convey centuries worth of rage and heartbreak with the slightest of glances.

The 59-year-old star of more than 85 films exudes a magisterial sexual charisma that is palpable to the point of distraction. Yes, it points to his singularity as one of the most magnetic presences in international cinema over the last four decades, but it also shows by comparison how chaste the rest of the film is.

Which is not to say the Chinese Canadian actor Simi Liu does not make a hunky and affable central presence as the hero of the title. It’s that even when he is dispatching a bus full of assassins employing a martial arts mastery which had laid dormant in the character for a decade or so, his energy is avuncular and demure to the point of being passionless and staid.

The Kim’s Convenience star does have a lively and free-flowing comic repartee with Awkwafina, who plays Katy, Shang-Chi’s best friend and protector who joins him on a globe-hopping adventure as to confront his father and reunite with his estranged and aggrieved younger sister Xialing (the Chinese actor Meng’er Zhang, making her feature film debut). But even here you are confronted with what could be rather than what is; the two are never given free rein to truly break loose with their comedic riffs.

With its evocation of a magical city torn from the pages of Chinese folklore and filled with fantastic creatures and all sorts of magic, the film is reminiscent of Black Panther’s depiction of Wakanda. But where Ryan Coogler’s 2018 film was an act of defiant Afrofuturistic imagination against the imperialist forces that have stripped Africa of its sovereignty, Shang-Chi’s invocation of a culture protected from the outside world by a magical forest is comparatively regressive and pointedly apolitical.

Marvel studios majordomo Kevin Feige has said that, with Shang-Chi, “we swing for the fences as we always do.” In truth, the film seems so similar to the studio’s past products — including a momentum halting final act showdown so overrun with computer effects that you can almost hear the servers humming beneath Joel P. West’s score — that, its remarkable cast aside, the movie is closer to a bunt down the third base line.

Shang-Chi certainly deserves credit as a groundbreaking step of representation in mega-budget filmmaking. You just desperately wish that the terrain it treads upon didn’t feel so safe. 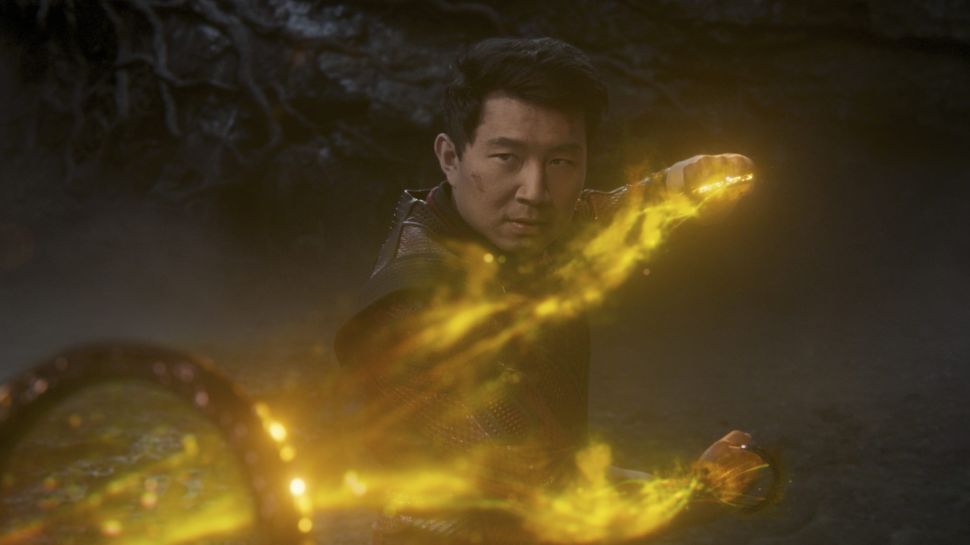