A surge in COVID-19 hospitalizations caused by the delta variant is having a serious impact on seemingly unrelated aspects of the economy, such as rocket launches and the public supply.

At the 36th Space Symposium in Colorado on Tuesday, SpaceX President and Chief Operating Officer Gwynne Shotwell said a shortage of liquid oxygen due to the latest wave of the pandemic is posing a threat to the company’s launch schedules.

Liquid oxygen is the main source of oxygen for hospital ventilators used for treating COVID-19 patients. It’s also a key ingredient in rocket propellants, serving as an oxidizer in combination with fuels such as liquid hydrogen, kerosene and methane.

“We’re actually going to be impacted this year with the lack of liquid oxygen for launch,” Shotwell said on a panel about low-Earth orbit constellations. “We certainly are going to make sure the hospitals are going to have the oxygen that they need, but for anybody who has liquid oxygen to spare, send me an email.”

SpaceX hasn’t launched that many rockets lately anyways, largely due to a delays in the production of the next-generation Starlink satellites with laser inter-satellite links. The last time SpaceX launched a Falcon 9 rocket (carrying a batch of Starlink satellites) was on June 30. Its next mission is scheduled for Saturday, August 28, at the Kennedy Space Center to send a cargo Dragon spacecraft to the International Space Station.

SpaceX isn’t the only rocket maker feeling the impact of a liquid oxygen squeeze. The United Launch Alliance, a major NASA launch partner, is facing possible delays of a September 16 mission as its propellant supplier works on addressing the liquid oxygen shortage in Florida, CEO Tory Bruno, tweeted in response to a question after Tuesday’s space conference.

Some Florida residents are advised to reduce the use of due to a shortage of liquid oxygen, which is commonly used in municipal purification systems.

In Tampa Bay, wholesaler Tampa Bay is suggesting that everyone in its three-county service area cut back on non-essential uses like washing cars, watering lawns and using pressure washers, Tampa Bay Times reported Thursday. In Orlando, the city’s Utilities Commission said last week that its weekly deliveries of liquid oxygen had been halved. Officials asked residents and businesses to reduce use to avoid shortages.

Average daily COVID-19 cases and hospitalizations have reached a record high since January. More than 100,000 people are currently hospitalized with COVID-19 in the U.S., a level not seen since before vaccines were widely available, according to The Washington Post.

In the past seven days, about 140,000 new cases were reported daily, also nearing the January high of 150,000. Death rate has dropped significantly, though.  Average daily deaths in the past week were 1,100, compared with over 3,000 at the end of January. 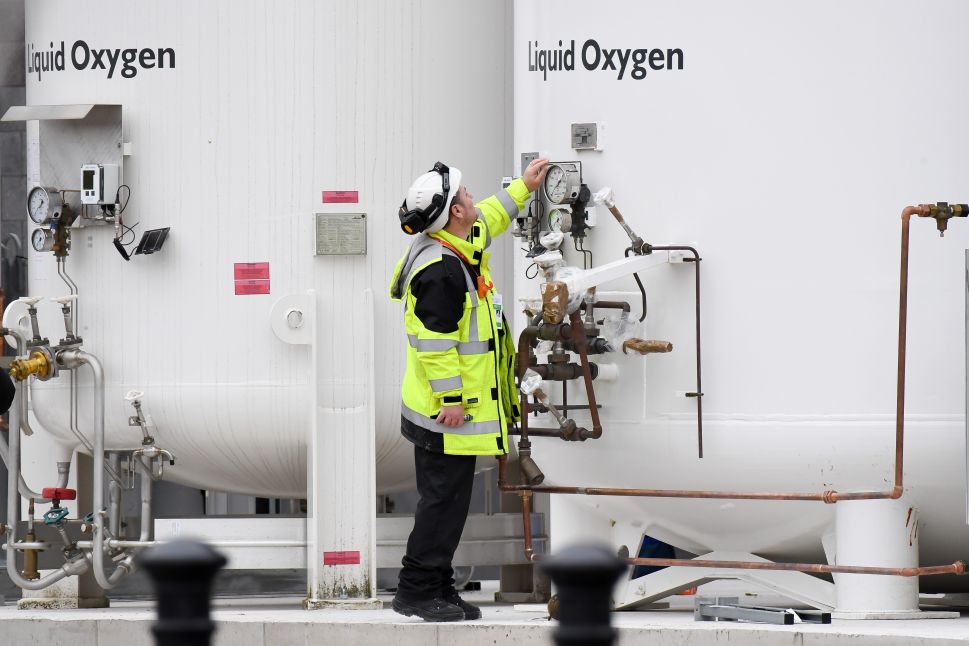