After an immediately infamous leak Sunday night ahead of its CinemaCon unveiling, Sony has released the full first trailer for Spider-Man: No Way Home to the public. Can Film Twitter please, PLEASE, relax now? No? That’s on brand.

It’s been confirmed that Jamie Foxx and Alfred Molina will be reprising their roles of Electro and Dock Ock, respectively, from the original Tobey Maguire-led Spider-Man trilogy and the Andrew Garfield-led Amazing Spider-Man films. It’s been rumored that Maguire and Garfield will also be appearing, though that has not yet been confirmed.

In the trailer we see Peter (Tom Holland) and MJ (Zendaya) talking on a roof. Peter, emotional after his secret identity was revealed in a post-credits scene for Spider-Man: Far From Home, is agonizing over this new reality of his life. How can he keep the ones he cares about safe if everyone knows who he is? Even more pressing, Peter is under investigation for the murder of Mysterio (Jake Gyllenhaal).

Desperate, Peter goes to Doctor Strange (Benedict Cumberbatch) for help. Maybe there’s a spell that can make everyone forget the truth. But Wong (Benedict Wong) tells him not to do it, that it’s too risky. Strange promises Wong he won’t dabble in such affairs, but gives Peter the wink of approval. Of course, the spell goes wrong.

Bad things are happening. Strange and Peter are fighting unseen foes on top of trains. Destruction abounds (we’re perhaps finally getting the Sinister Six; there might be a dark shot of Lizard). Strange comments that they’ve tampered with the multiverse, a concept of which he knows “frighteningly little.”

The trailer then ends with a Green Goblin (Willem Dafoe, 2002’s Spider-Man) bomb rolling and about to detonate (with the iconic laugh heard) and Dock Ock (a de-aged Alfred Molina, who originally played the role in 2004’s Spider-Man 2) eerily saying “Hello, Peter.”

Notably, we do not see Maguire or Garfield reprising their respective Spider-Man characters. But we still get a flavoring of of the multiverse elements being introduced that will tie No Way Home to past Spidey flicks and the MCU’s future with Doctor Strange in the Multiverse of Madness. I’d say there’s a strong chance Maguire and Garfield show up in the second trailer at this point.

Spider-Man: No Way Home, which may or may not be Holland’s last official appearance in the MCU, is slated for a December 17 release. 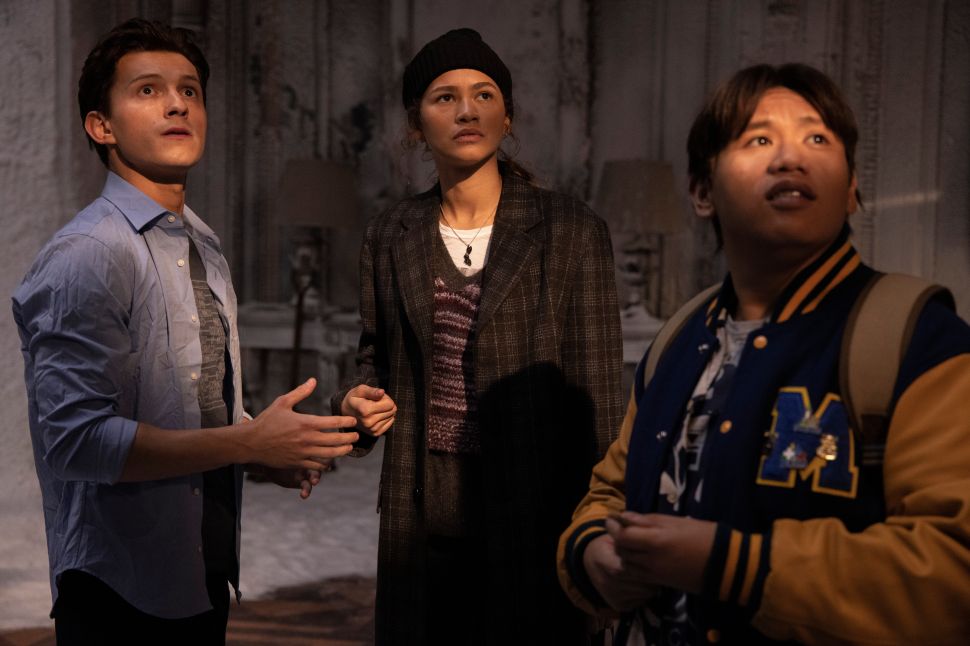