Welcome to the latest edition of Dream Screens, where we attempt to pitch the next small screen sensation by unearthing a high-upside intellectual property ripe for adaptation and pair it with a fitting creative talent and digital home to maximize its potential. With James Gunn’s The Suicide Squad dominating Film Twitter conversation this past weekend, we thought it only fitting to stick with DC Comics in today’s thought experiment. As a bonus, you’ll be getting not one, but TWO hypothetical television projects that should be made.

The future of television is heavily franchised blockbuster IP. We know WarnerMedia is positioning DC Comics as a foundational building block of HBO Max’s continued growth. In the immediate future, the studio is going all in on Superman with The CW’s Superman & Lois, J.J. Abrams and Ta-Nehisi Coates’ big screen reboot, and Michael B. Jordan’s Val-Zod HBO Max series. Let’s add a Superman-adjacent series to the list.

We’d love to see Mr. Robot creator Sam Esmail develop a Lex Luthor limited series for HBO Max that chronicles the billionaire power broker’s industrial rise. Naturally, Lex’s ascension coincides with Superman’s emergence on the global stage. But the Man of Steel will only figure into this show on the periphery.

Ideally, our hypothetical creative project will borrow elements from Smallville, which smartly depicted the infamous antagonist as a mostly good man driven to his character’s ultimate destination by external factors. That Lex often tried to do the right thing while still brandishing his own unique ethical methodology. But much like Better Call Saul, the world’s expectations for him proved to be suffocating. What virtue was present was slowly snuffed out by an evil, overbearing father and a society quick to defend its own preconceived notions. That Lex was simply never allowed to be who he truly wanted to be.

Now Esmail is currently under a big overall deal with Universal Content Productions, so it’s doubtful that he could actually craft this project. But if there’s anyone who intimately understands the fine line between genius and madness, it’s the Mr. Robot creator. Esmail has proven himself to be a dynamic and visually daring director capable of delivering a singular viewing experience. His aesthetic, as well as his fondness for psychological character studies, would differentiate our Lex Luthor series from the hordes of comic book material in the market. His style aligns perfectly with our lead character’s own intellect, paranoia, and delusions of grandeur. Most importantly, however, is Esmail’s ability to find the heart in his characters and present flawed individuals through a prism of varied vantages.

HBO should line up a Lois Lane series with Amy Adams

In May of last year, Uncut Gems directors Josh and Benny Safdie signed a first-look deal with HBO. In December 2019, the duo told Observer that all the movies they make “have a brand of journalism” in them. So let’s combine their gutter realism, new TV home and the WB brand for a left-of-center prestige drama.

We’d love to see the Safdie Brothers develop a six-episode Lois Lane miniseries for HBO that harkens back to the conspiracy thriller journalism features of the 1970s. But we need more of a hook than just that, so let’s ride the wave of good will surrounding Gunn’s The Suicide Squad (and his upcoming HBO Max spinoff Peacemaker).

Our Lois Lane series will follow the Pulitzer Prize-winning journalist as she tries to expose the murderous corruption of none other than Amanda Waller (Viola Davis), the architect of the Suicide Squad(s). In 2018, Amy Adams said she’s “out of the DC Universe now.” But as The Godfather reminds us, anyone can be pulled back in.

Adams and HBO are already comfortable with one another after the stellar Sharp Objects and a Lois Lane series could allow the acclaimed actress to bid adieu to the character much like Ben Affleck’s upcoming swan song as Batman in The Flash. The Safdies create hyper-textured worlds with a keen sense of detail, investigation, and process. If you thought The Post was a righteous champion of the Fourth Estate and Spotlight managed to create engrossing drama, just wait until the Safdie Bros. have you reaching for Xanax and popcorn two episodes in. 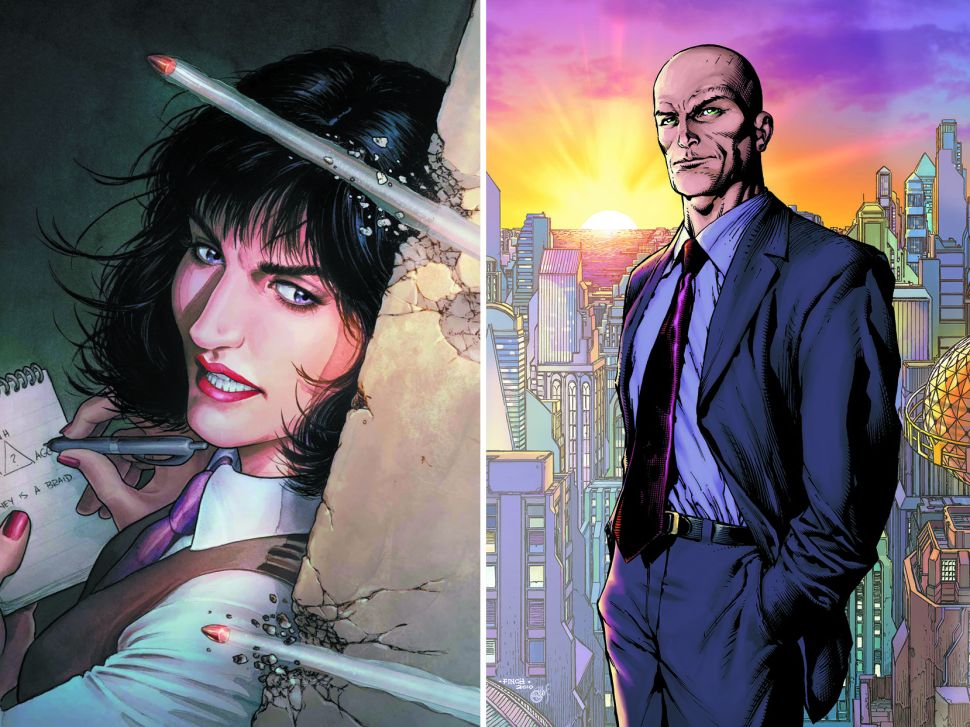